Since the days of Mary Cherry and The WB’s “Popular,” Leslie Grossman and Ryan Murphy have been teaming up to make people laugh, scream, and/or do whatever you call the involuntary horse-like sound that sometimes happens when you combine the two. And yet, “American Horror Story: NYC” sees the vivacious actress, typically known for her pitch-perfect zingers and larger-than-life reactions to terror, taking on a more somber tone in a petrifying, barebones shift for the scary anthology that’s still unfolding.

“Barbara is definitely a departure for me,” Grossman said in a spoiler-free interview with IndieWire, held by phone prior to the “American Horror Story” Season 11 premiere. “She is unlike anyone I have played on the show.”

“NYC” is perhaps best short-handed as a fictionally elevated, club scene-set, ’80s period drama akin to “Dahmer”: another of Murphy’s splashy recent projects, albeit non-fiction. Even after conquering four “American Horror Story” outings and the zany characters therein (Nosy neighbor Meadow Wilton! Camp counselor Margaret Booth! “Apocalypse” icon Coco St. Pierre Vanderbilt! ), Grossman says Barbara Read presented an entirely new sort of challenge. Not only is Barbara a more serious supporting figure — whose role in Episode 5 proves essential to sinking in the mid-story emotional hooks that have made “NYC” one of the anthology’s best seasons in recent memory — but also Grossman says, “I care a lot about her, and I handled her really sensitively. You’ll see why.”

In a conversation as characteristically cryptic as “American Horror Story” itself, Grossman discusses comedy, horror, working with Murphy, and how the personal nature of “NYC” has made its scares even stronger.

The following interview has been edited for length and clarity.

IndieWire: This is the eleventh season of “American Horror Story “and your fifth, but is it really true that you’re not a horror fan?

Grossman: [Laughs.] Look, I’m a fan of the show! The problem is that when I see scary things — even though I make a television show that is about scary things — if I watch something else, I will still be up in the middle of the night terrified by what I saw in that movie or on that TV show. It tortures me! So I can’t watch that stuff. I’m also incredibly squeamish about gore, even though I have stabbed people, and I have been stabbed. I’ve done a million things involving fake blood. But when I see it on screen, it’s very hard for me. I feel like I’m just a little too sensitive. I get really scared and it stays with me, you know?

Do you ever get scared on set?

No, I have to say, it’s so technical when we do all the gore stuff that it’s not scary. You know what’s funny? I was just talking about this with Russell Tovey the other day, but it’s the most fun job. I’ve always found the set to be incredibly upbeat and really fun. It’s not really somber and intense. It can be if we’re doing a scene that’s particularly intense or something like that, but it isn’t scary — just really fun.

Horror and comedy go hand in hand, and that’s so very much your wheelhouse. Why do you think that combination works so well on “American Horror Story,” but also in general?

When you think about horror and you think about comedy, they both elicit a real visceral reaction in your body, right? They both involve this tension, like, “Oh my God, are they gonna get stabbed? Or is somebody gonna jump out?” Or, I’m thinking about when I saw “Bridesmaids” for the first time, and it was like, “Oh my God, what’s gonna happen? They all have food poisoning: how is that gonna go? Like, what are they gonna throw up all over each other?” [Laughs] It’s the same feeling of when Janet Leigh is in the shower in “Psycho” and you know something is about to happen. They both involve this element of asking, “What’s the next thing that’s gonna occur?” You either are screaming or covering your eyes or you’re laughing. When you watch a horror movie or you’re watching comedy, they’re not passive; they are things that you’re involved in because they’re eliciting a real reaction from you. So that’s where they really overlap.

One performance of yours that really crystallizes the essence of what you just said is the “I Know What You Did Last Spring Break” episode of “Popular.” What do you remember about that?

[Laughs.] That was Ryan’s first show, and that was my first series that I ever did. It was really funny and it was so much fun to film. I just remember laughing and laughing and just thinking it was so funny because it was obviously so over the top, so arch, and really hilarious. Mary Cherry is the perfect person to put in that sort of horror milieu. You know, [laughs] when the killer calls Mary Cherry in class, and I just love when she says: “I went to Freaknik in Hotlanta and turned the mother out!” What a line. There are just certain things that only Ryan Murphy can make happen, you know? Certain sentences that you would only say in his universe, and I just feel so lucky that I’ve been able to be a part of those. 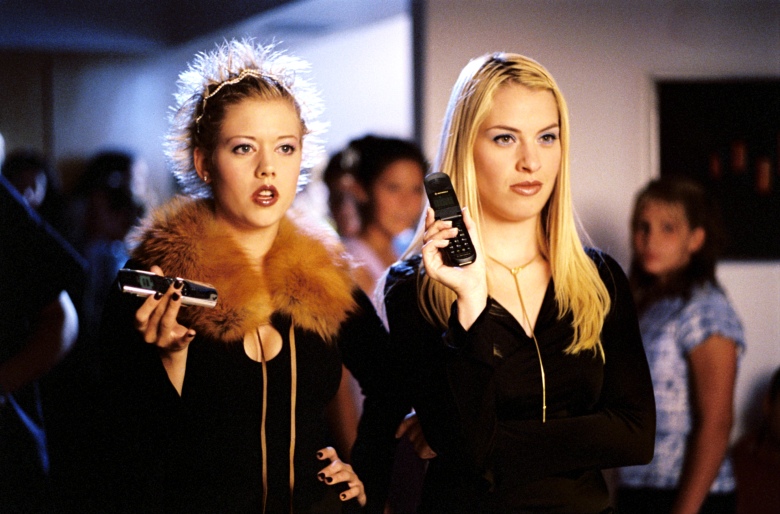 In the past, you’ve referred to Ryan as your “fairy godfather.” How do you feel like your collaboration with him has evolved over the years?

Ryan has trusted me to put me in situations that I hadn’t been in before, and I think he’s absolutely helped push me to grow as an actor and to do stuff that I never thought that anybody would let me do — or that I ever saw myself doing! The thing I always say about him is he always believes that you can do something before you believe it yourself. And you’re like, “Oh no, I don’t think I can do that.” And he’s like, “No, I do think you can do it and you’re going to do it. So there you go.” That faith that he has in you is incredibly validating. To get to work with him for all these years — and, more importantly than the work, just the friendship that we have — has been one of the most meaningful relationships in my life. He’s like family to me. So when I’m working on any of his shows, particularly “American Horror Story,” even though the [cast and crew] changes from year to year, it still has this, as corny as it sounds, familial feeling because it’s all under the banner of the Ryan Murphy world.

It’s gotta be unusual, at a certain point, because Ryan has made so many series and is responsible for so many popular, ongoing universes. That question has to get almost exhausting, right?

I do get asked about Ryan a lot. And, first of all, I get it. He’s fascinating. Look at what just happened: He’s the first producer to ever have the number one streaming series [“The Watcher”] and number one movie [“Mr. Harrigan’s Phone”] on Netflix simultaneously. He’s someone who keeps topping himself and really has an ability [to] tap into the zeitgeist and produce things that people are really, really interested in and want to see. So I completely understand the fascination with Ryan and his work: He’s a completely unique property. And I’m happy to talk about it because he’s such a close friend that it’s not like I’m just talking about a work associate. I’m talking about someone that I love. And again, that feels familial. I’m proud of our relationship and I’m proud of the work that he’s let me do on the show. 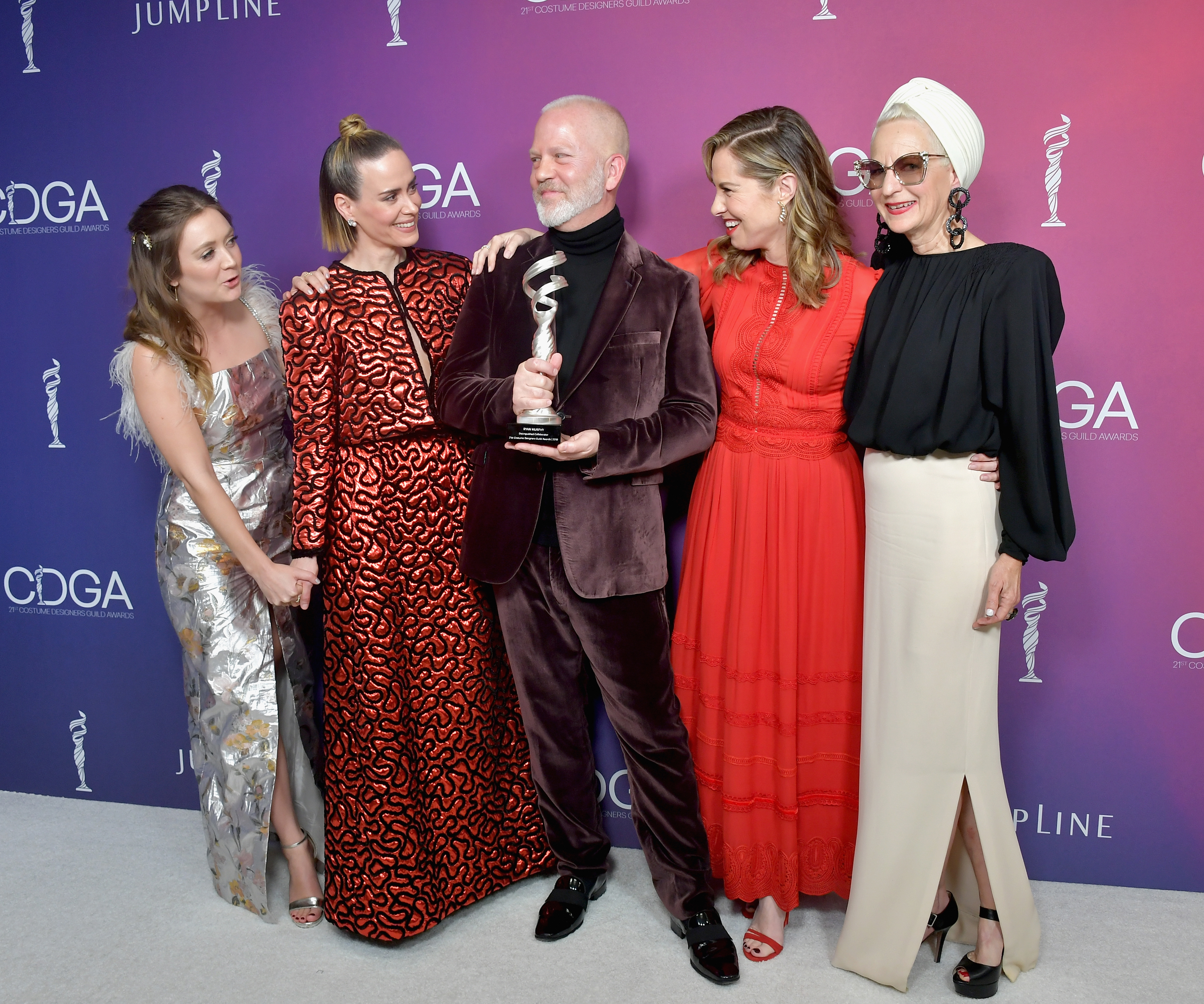 I think it’s still true. There’s obviously iconic actors, like Evan [Peters] and Sarah [Paulson] and Jessica [Lange] and [Frances Conroy] and Kathy [Bates], and more wonderful people that are synonymous with the show. But the show itself has always been the star, right? Ryan has made this really iconic universe that you can plug anyone into.

You’ve brought up family a few times. That deep sense of community and belonging seems to extend across the “American Horror Story” fanbase. What do you think has kept diehard fans coming back every season?

I think you’re very right. The stuff that you see on screen between the actors is a very real thing. The people that I’ve worked with on that show have become my dearest friends, and that’s not just the actors: that’s costumes, that’s hair and makeup, that’s everyone. My first season of “Horror Story” there was a guy that was a dolly grip and by last season he was running A camera. I kind of felt like he and I sort of rose through the ranks together. Those people really have your back and you work very long hours. The show can be really technically challenging, so you work very, very closely with the crew.

And you work very closely with your fellow actors. You’re not just like sitting at a table having a conversation and that’s the scene. There’s a lot of really complex stuff at play that bonds you. And I think that energy, for lack of a better term, does come through when you watch it. I really feel that because it is genuine. The reason people stay so invested in the series is because it’s so incredibly unique in its ability to reinvent itself every year. You don’t know what the story is going to be. I can’t speak much about season 11, but this season is a complete reinvention of the show. I don’t know a lot of shows that are doing that 11 years in, and I think that’s really exciting for us and for the fans.
Click to expand...