This weekend’s box-office results justified Disney’s decision to provide theater-exclusive engagements for the remaining 2021 theatrical release schedule. Led by a very impressive second weekend for Marvel’s “Shang-Chi and the Legend of the Ten Rings” as well as strong holds for “Free Guy” and “Jungle Cruise,” the studio commanded nearly 80 percent of domestic ticket sales.

“Shang-Chi” provided the bulk, taking in almost $36 million in its second weekend. That’s down only 53 percent from its opening. That’s even more impressive after opening on a holiday weekend with an elevated Sunday gross.

It’s a high-end hold, much better than the 68 percent second-week drop for “Black Widow.” It also compared very well among pre-Covid, non-“Avengers” Marvel entries: “Captain Marvel,” which opened at double the gross of “Shang-Chi,” fell 56 percent, while “Ant-Man and the Wasp” fell 61 percent.

For its first 10 days, “Shang-Chi” outperformed “Black Widow” over the same period by $9 million. The Scarlett Johansson movie didn’t have the benefit of a holiday weekend, but there’s greater response for the more original, action-oriented film. Same-day PVOD availability for “Widow” had a greater impact on its total gross, not on its initial performance. That said, Disney’s reiteration of delayed home showings for its upcoming slate likely encourages audiences to buy tickets.

Last week distorted statistics with the unheard-of placement of a Marvel film on Labor Day. The gross trajectory remains positive, though this week doesn’t make for a stellar comparison. The total take, $63 million, represents 44 percent of the post-Labor Day weekend in 2019, the lowest percentage for the last seven weekends. Two years ago, “It Chapter Two” opened at $91 million, with nothing remotely similar this year.

The gauge of a rolling four-week comparison now stands at 67 percent for the same 2019 period, down from 72 percent but still the second-best figure for the 2021. The next two weeks should see further decline, but multiple strong new films in October will better give a view for the state of theaters. 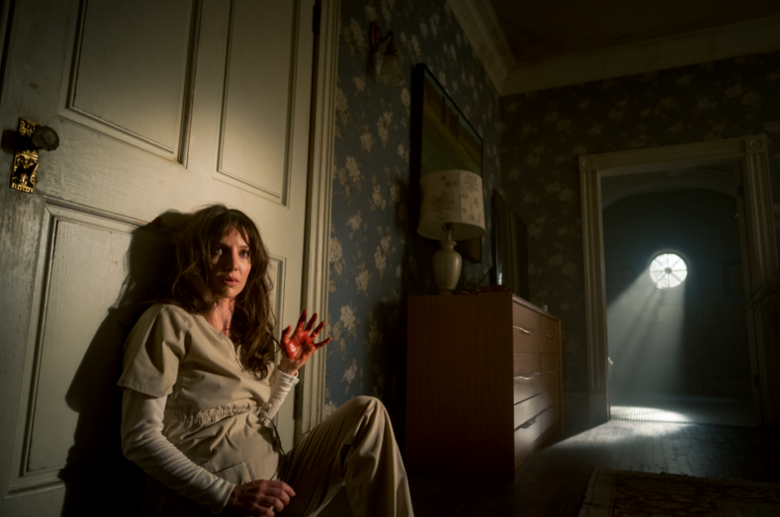 James Wan’s “Malignant” (Warner Bros.), the only new wide release, also on HBO Max, could only muster a #3 spot with a soft $5.6 million gross. The action/horror tale got an awful C Cinemascore. The home option didn’t help, but this $40 million-budgeted film would likely have fared little better as a theatrical exclusive. However, with some good reviews and social media response, it might not disappear as quickly as other similar-grossing releases.

“Free Guy” remained at #2 “Free Guy” (down 35 percent, now over $100 million domestic, while #5 “Jungle Cruise” (down 39 percent, at $110 million) were the best holds in the top 10. “Jungle Cruise” opened with parallel Premium VOD play seven weeks ago and remains strong in theaters.

Theaters are thrilled by Disney’s near-term commitment to minimum 45-day theatrical exclusivity (“Encanto” an exception with 30). The studio’s return to box office dominance also gives it the ability to do whatever it chooses going forward and theaters have little option but to accept.

Paul Schrader’s acclaimed “The Card Counter” (Focus) with Oscar Isaac, Tiffany Haddish, and Tye Sheridan, is the first release of a fall film festival awards contender. In a reflection of the new normal, it didn’t receive a platform release but opened nationwide (580 theaters) to place #8 overall with $1.1 million.

Trying to compare this result to a pre-Covid release is tricky. Schrader’s most recent, “First Reformed” (A24), received a conventional platform release and opened to $98,000 in four New York/Los Angeles theaters. The four best theaters for “Card Counter” in those cities will total under $40,000 — but that’s without the key Arclight Hollywood, and in 2021 both markets have much more theatrical competition.

Perhaps more relevant is this weekend’s total is double the best similar result for “First Reformed.” At its widest, that film held 334 theaters its fourth weekend, which added $551,000 to the $1.2 million it grossed in limited dates. The final total was $3.4 million, a decent result for a specialized release. 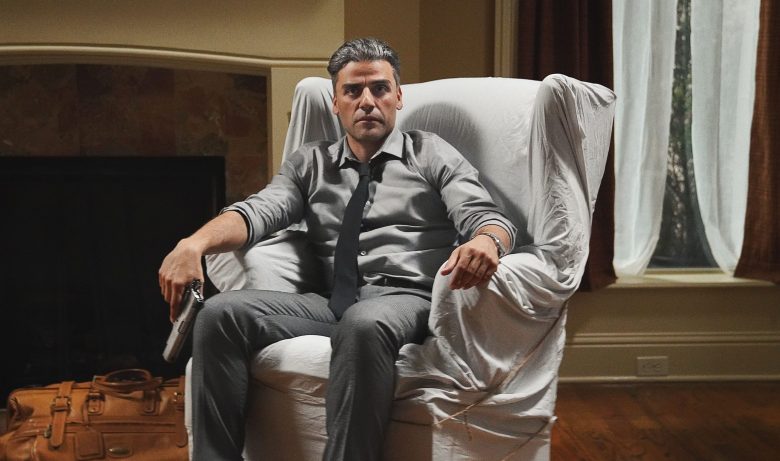 Another difference is “Card Counter” is expected to open on Premium VOD after its third weekend. Of course, we won’t know how that will impact total revenue. The adult audience is hungry for new titles and getting ahead of a packed schedule should benefit Focus.

“Show Me the Father” (Sony), a faith-based documentary from Affirm Films, played in nearly twice as many theaters as “Card Counter” but grossed $400,000 less to rank #9. Among other limited openings, “After We Fell” (VVS), the third in a YA franchise, took in $425,000 in a Canada-only run (it plays as a Fathom event later this month in the U.S.) “The Alpinist” (Roadside Attractions), a documentary about a young French mountain scaler, managed $222,000 in 173 theaters. That’s a far cry from the similar Oscar-winning “Free Solo,” which took in $17 million all told in 2018.

1. Shang-Chi and the Legend of the Ten Rings (Disney) Week 2; Last weekend #1

After We Fell (VVS) NEW

news ‘Dear Evan Hansen’ Looks Like a Box-Office Flop, but It Might Have Been a Streaming Hit

news ‘Venom: Let There Be Carnage’ Grosses $90 Million, the Best Opening Since ‘Star Wars: The Rise of Skywalker’