[Editor’s note: This story contains spoilers from Episodes 7 and 8 — the Season 1 finale — of FX’s “The Bear” on Hulu.]

Too much Italian beef can be bad for your heart, and probably so is Episode 7 of FX’s “The Bear” on Hulu. The frantic 20-minute episode was filmed in one shot (the cast did four or five takes of it, we’re told) on the FX production’s soundstage (only the show’s pilot was filmed in a real restaurant), spanning the front and back of the fictitious — and tight on space — Original Beef of Chicagoland.

The episode, titled “Review,” opens on a stellar newspaper critique of a dish that was never meant to be consumed, let alone appraised. The in-kitchen optimism soon gives way to the horrifying reality that the staff does not have the time, the manpower, or even the meat to meet the overwhelming number of orders pouring in via a mistakenly left-open preorder to-go system. Increased demand from the strong review made it a bad day to implement entirely new tech. Eventually, two chefs (they all call each other “chef;” it’s a sign of respect) quit, one gets stabbed by another, and main character Carmine Berzatto (Jeremy Allen White) eats donut off the floor.

Along for the ride, mark this writer down for claustrophobia, anxiety — all the things. Series creator Christopher Storer probably wasn’t feeling any less stressed in the making of the single-take episode than we were in the viewing of it. The staff on “The Bear” (and the storyline staff of the future family-style restaurant, The Bear) didn’t plan to do Episode 7 as a one shot “until maybe two or three weeks before it was scheduled,” series lead White told IndieWire.

(Here, we should point out that, like the Goldilocks fairytale, there are technically multiple bears in “The Bear.” There’s Carmine, his brother Michael (Jon Bernthal) who died by suicide and left fine-dining chef Carmy the struggling Windy City sandwich joint, and their sister Sugar (Abby Elliott) — The Berzattos. Then there is the restaurant reopening we’ll be served if we get a Season 2, when The Original Beef of Chicagoland would be reopened as The Bear. Insert your own easy Chicago Bears joke here if you need more.) 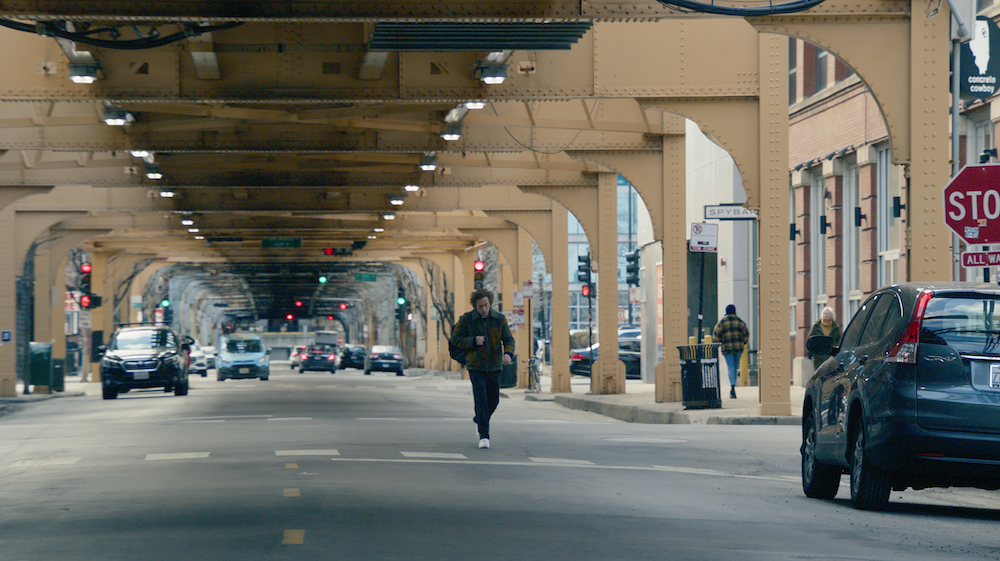 So Storer (“Ramy”) and executive producer Joanna Calo (“BoJack Horseman”) “pretty much” rewrote the entire “Review” script, White said. Not that that was a bad thing.

“We were able to start at the beginning, which I think helped,” White explained. “They still managed to keep all of the important story points in place for [Episode 7], but they wrote it as a blueprint to allow us to shoot it in one shot. That was very important, obviously, for it to start with the words.”

And that’s exactly how the cast started with the retooled rehearsals: with just the words.

“We read it out loud a couple times, just kind of all sitting, making sure it all sounded correct. Trying to time it out a little bit, just for words, without anything else,” White said. “And then we put it up on its feet with our scripts in hand like you would on stage.”

While the performances of Allen, Ayo Edebiri, and Ebon Moss-Bachrach shine in “The Review,” perhaps the real star of Episode 7 is Gary Malouf. But don’t go searching IMDb to figure out who he is: Malouf is the show’s camera operator who had probably the most daunting task of everyone involved. A walkthrough with Malouf’s camera let Storer, Calo, and everyone else see “what was possible” and “what was not possible,” in White’s words.

Based on the final fare, apparently quite a lot was possible. But White’s favorite part of the finished product is not so much what they did, but why they did it.

Making a long scene or even an entire TV episode or a film in one shot is “all really impressive and it’s very cool,” he said. “But I’ll say from my perspective in film and television, oftentimes, I don’t know how much a single shot actually lends itself to the story. It’s kind of like: We’ve got a lot of money, we’ve got a lot of time, we can do this, it will be really impressive. And it is impressive. But I think in our case, it really lends itself to the story and where the characters are at because the tension is building so quickly we don’t give the audience a break from it. There’s no reprieve — it’s consistent.”

After having watched “Review” twice, this writer needs a drink of Jeppson’s Malört — the iconic Chicago bäsk liquor that has a billboard atop The Original Beef of Chicagoland (the on-set signage is a “tip of the hat” for Cook County residents, White believes). Or perhaps something that tastes much, much better.
Click to expand...

Staff Member
Moderator
We just finished watching The Bear last night, & I didn't let myself read this article until then. I'm REALLY hoping FX/Hulu (whoever) renews this for season 2 - I liked all the episodes, but these last 2 (7 & 8) were especially good.
www.maralesemann.com
You must log in or register to reply here.