It’s been over a year since audiences saw the first trailer for “In the Heights,” the upcoming big screen adaptation of Lin-Manuel Miranda’s groundbreaking Broadway show. In that time, the movie has switched release dates due to the coronavirus before ultimately transitioning from a theatrical release to being one of several Warner Bros. features to debut day-and-date both in theaters and on HBO Max.

Now, the first new trailer since 2019 has arrived, and it is a colorful celebration of life that the world needs right now. It tells the tale of Usnavi De La Vega (Anthony Ramos), a young bodega owner who dreams of leaving his Washington Heights home. But as gentrification starts encroaching deeper and deeper into the neighborhood, it causes Usnavi’s family and friends to evaluate their lives and the dreams they hold dear.

Director Jon M. Chu, the helmer of the blockbuster adaptation of “Crazy Rich Asians,” shows his musical chops with fantastic, full-bodied choreography that hearkens back to the musicals of the 1940s and 1950s. The music is on full display and, more importantly, is all part of the film’s sense of community and gathering that we’ve all been missing for the last year.

“This year has been hard for everybody,” said director Chu during a recent press conference for the debut of the trailer. “We had to survive it and the only person we could turn to was each other.” Chu’s hope is to create a celebration of a new view of life.

“It was thrilling, as an opportunity because the film is set on the block,” said screenwriter and producer Quiara Alegria Hudes. Hudes’ family came from Puerto Rico to Philadelphia. “For me, it’s about the heart, and the integrity, and the intentionality of the life you live,” she said. She wants people who love the musical to find new elements within it as opposed to seeing it as just a carbon copy.

“Jon, I think, dreams bigger than any of us dare to dream in terms of the size and scope of this,” added Miranda. “Going for the authenticity of being in the neighborhood and really grounding us in the neighborhood … but when it comes to the production numbers, dreaming so big.” Miranda said Latinos are used to asking for less space but Chu knew this was a bigger movie that deserved far more.

Miranda said the movie is a love letter to the neighborhood he still lives in, Washington Heights. “It’s always the first chapter in so many Americans’ stories and I think that’s what makes it universal,” he said. “What does home even mean? And every character is answering it in a different way.”

“I’ve never seen a film where somebody looked like my grandmother,” said star Anthony Ramos. “I’ve never seen anything where there’s 75 Latinos in the middle of the street, dancing, full choreography, and singing about pride and where they come from. I get emotional when I think about this movie and what it means to me and the culture.”

The full trailer is below, along with a series of new posters and photos.

“In the Heights” premieres in theaters and on HBO Max on June 18. 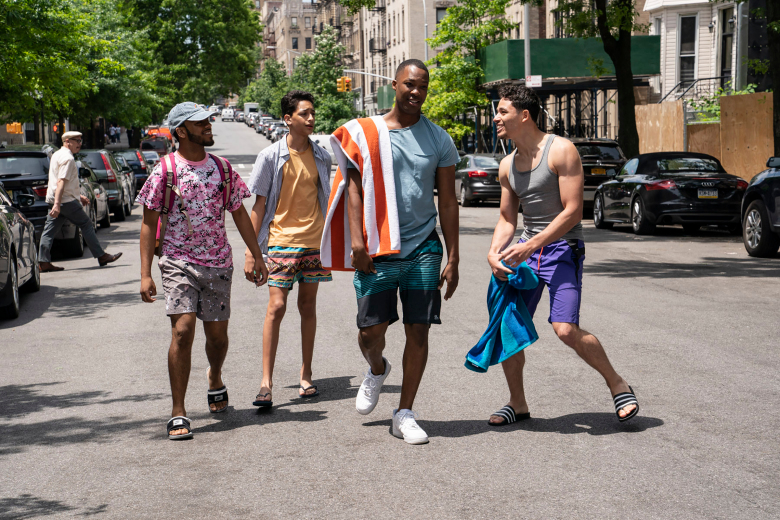 news ‘Blade’ and Superman Overlap in Search for Black Filmmakers: ‘Some Directors Met Both Studios’