news How RED Cameras Changed Filmmaking as We Know It

Digital filmmaking was mostly resigned to DSLR, until RED digital came into the picture. The camera company quickly became a favorite among directors and cinematographers, including Steven Soderbergh, one of the earliest to use a RED camera when he shot both installments of “Che” in 2008. Given the hefty price tag, RED cameras are too pricey to buy for some indie filmmakers — other than the RED Komodo, which are geared for indie productions, most indie filmmakers would rent these cameras rather than buy them unless they’re big studio productions. These days, if you are looking to buy, a RED camera can run you anywhere from $6,000 to upwards of $50,000, and despite being used in productions of all sizes, you’ll typically find them on the sets of major studio films including “The Two Popes,” “Captain Marvel,” “Eurovision,” “Hustlers,” “The Spongebob Movie: Sponge on the Run,” “Dolittle,” “The Irishman,” “Entourage,” “Birdbox” and the Oscar-winning Netflix documentary “My Octopus Teacher.”

The RED One model, released in 2007, paved the way for an entire fleet of game-changing cameras. RED’s flagship camera captured up to 120 frames per second at 2K resolution, and 60fps at 4K resolution. The company has since discontinued several of its older models and introduced a fresh batch of cameras favored by the likes of Michael Bay, David Fincher, and more.

Fincher was among the first studio directors to embrace digital filmmaking. He’s been using RED cameras since “The Curious Case of Benjamin Button,” and his latest film, “Mank,” which won Oscars for Best Cinematography and Best Production Design, was shot on a specially made Red Ranger Helium Monochrome black and white camera. (Made for Fincher to his specifications, that is one camera you just can’t get your hands on.)

“David and I needed to be able to look at a monitor and get very specific about everything that exists in the frame — the set dressing, the composition, the lighting, the overall tone,” said cinematographer Erik Messerschmidt. “Being able to see the image on the monitor and make those creative decisions analytically is crucial to David’s process. In contrast, there is an imprecise nature to composing a shot with a film camera. It just doesn’t provide the same level of control we need.”

“For this movie we wanted to shoot very deep focus photography for most of the film and then be very specific about where we used shallow focus,” continued Messerschmidt. “Shooting on film would have significantly limited our creative choices, particularly with focus and depth of field.”

Below, find pricing and capabilities of some of the cameras in the RED Digital product line. Note: most of these are not “out of the box” ready and would require other accessories before you can shoot. And for cheaper recommendations check out the best affordable cameras for all budgets. 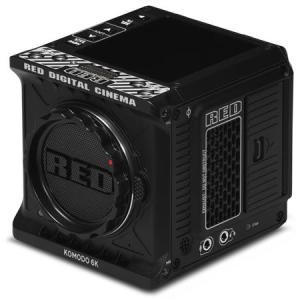 The Komodo 6K is a compact cinema camera for a budget-friendly price (as far as RED cameras go). It’s been introduced specifically for indie filmmakers. Apart from 6K resolution with shooting capabilities of 40-60 fps, and S35 sensor (27.03 mm x 14.26 mm), the Komodo offers unparalleled image quality, plus it’s pretty versatile, and the 4” x 4” camera weighs just two pounds. You can also get the Komodo 6K starter pack for $7,200. 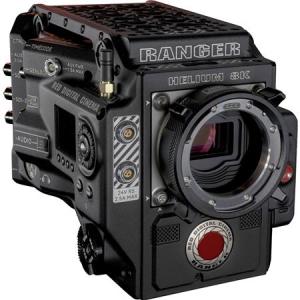 If you’re looking for an integrated but less complex system (with a larger fan), and you have at least $30,000 to spend, this all-in-one camera system features 8K resolution, and more independent SDI and AUX power outputs. It also has integrated XLR audio input, weighs just over seven pounds, and supports a wide input volt of 11.5V to 32V. Additional feature include a built-in microphone, Genlock, interchangeable lenses, and a CMOS sensor. The box comes complete with Shimmed PL Mount and PL Mount Shim Pack, LCD/EVF Adapter D, RED RANGER AC Power Adapter, and a 10′ 3-Pin XLR-to-RED RANGER Power Cable. 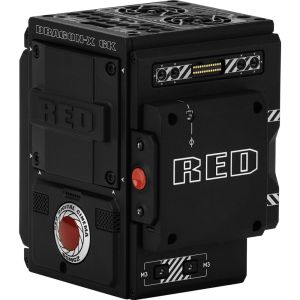 The DSMC2 Brain features a 6K Super 35mm CMOS sensor, countless lens options (you’ll need a separate lens mount, of course). It has 100 fps at 6K 2.4:1, and 75 fps at 6K full format, and a 19.4 Megapixel CMOS Sensor. Other features: high-speed recording up to 300 fps in 2K. The compact body camera has cable-free peripherals, an integrated media bay, wireless control, and more. DSMC2 is also compatible with a growing arsenal of modules and accessories from RED, and other manufacturers. 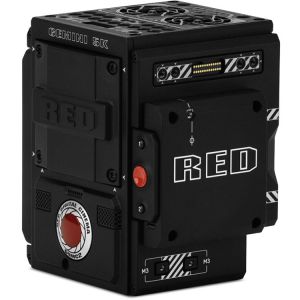 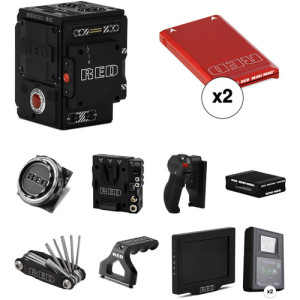 news Sundance 2023 Cinematography Survey: The Cameras and Lenses Behind 40 Narrative Films at the Fest

news Nothing About Shooting ‘Top Gun: Maverick’ Was Simple