Wavelength Productions has a simple mantra — “tell great fucking stories” — but its intentions go much deeper than that. Founded in 2015 by Jenifer Westphal, the scrappy six-year-old company has been making waves with its mostly women executives developing a diverse slate of films that combine social relevance with compelling characters, while prioritizing first-time women directors and filmmakers of color.

At a time when Hollywood continues to struggle to find diverse talent behind the camera, companies like Wavelength provide essential case studies for how to lean into inclusivity from the earliest stages of the development process. Since its founding in 2015, Wavelength has produced over 30 feature films, curating a roster of award-winning, buzz-worthy titles including Sundance fare like Ekwa Msangi’s “Farewell Amor,” Jordana Spiro’s “Night Comes On,” and Tayarisha Poe’s “Selah and the Spades,” as well as high profile documentaries including Morgan Neville’s “Won’t You Be My Neighbor,” which was recognized by numerous critic organizations around the country and won the Indie Spirit for Best Documentary.

For Westphal, “an executive producer my whole life,” who previously worked on political campaigns (including Walter Mondale’s 1984 run for the White House) and engaged in philanthropic work, raising funds for various individuals and events, the transition to becoming CEO of an independent film company was seamless.

“I just felt like there was something more I wanted to do, and I think the executive producing piece of this comes naturally to me,” said Westphal, who entered the film business with little experience. “It’s just kind of my jam. I know how to organize and make great shit happen. When I got started, I met great people like Morgan Neville and Samba Gadjigo, and worked with first-time filmmakers, whose passion matched mine, and it was all fantastic, and I said to myself, ‘I’m all the way in.'”

Westphal instinctively gravitated towards documentaries with compelling characters, like “Where’s My Roy Cohn?”, Matt Tyrnauer’s 2019 documentary about one of the most ruthless and unscrupulous, yet influential political power brokers of the 20th century. Wavelength produced the film, which premiered at the Sundance Film Festival the same year.

“You might wonder why I would want to make a film about this creepy, terrible guy, who is almost directly responsible for Donald Trump, but the story is important, and when you watch it, you begin to see how we got to this point in American politics,” Westphal said. “You’re not dealing with a comfortable character, but is it a compelling story? Absolutely.” 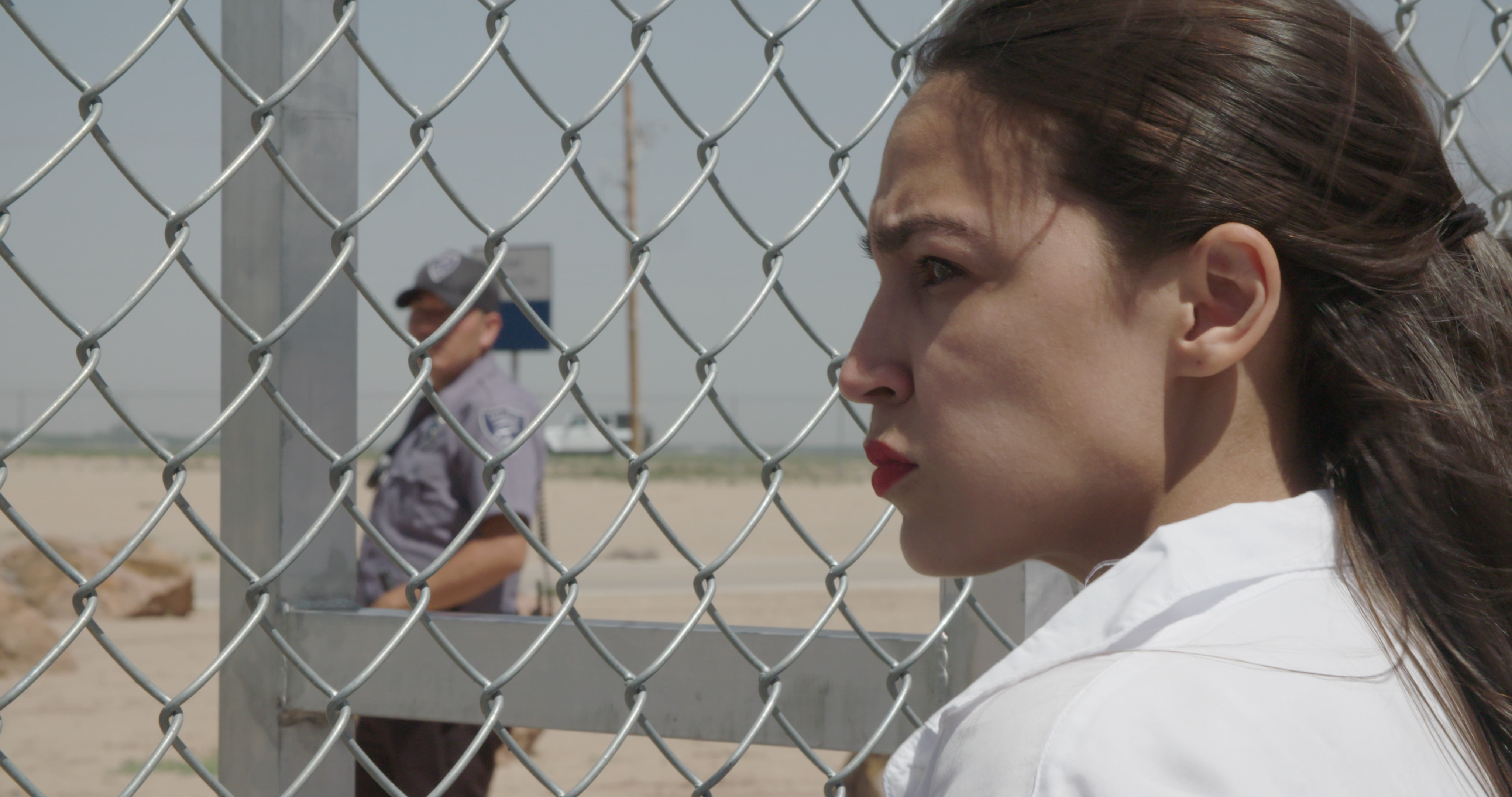 “Knock Down the House”

Wavelength also executive produced 2019 documentary “Knock Down the House,” which sold for a record $10 million to Netflix at Sundance. The film revolves around the 2018 congressional primary campaigns of four progressive Democrats — Alexandria Ocasio-Cortez, Amy Vilela, Cori Bush, and Paula Jean Swearengin — during that year’s midterm elections.

The company is currently eyeing a documentary on another controversial figure, conservative radio personality and political commentator Rush Limbaugh. “I didn’t like the guy, but it’s quite a story,” said Westphal.

To be sure, documentaries about divisive political figures aren’t Wavelength’s priority. The company’s library also features “Won’t You Be My Neighbor?” which chronicles the life and legacy of Fred Rogers; “Cusp,” which follows three teenage girls confronting adolescence in a Texas military town; and Alexandra Shiva’s “This Is Home: A Refugee Story,” an intimate portrait of four Syrian refugee families arriving in America and struggling to find their footing.

Venturing into the narrative space, Wavelength executive produced Jordana Spiro’s “Night Comes On,” Tayarisha Poe’s “Selah and the Spades,” and Ekwa Msangi’s “Farewell Amor” — all directed either by early-career women or women of color, all of which premiered to critical acclaim at the Sundance Film Festival, and all of which were acquired for distribution.

“I think 80 percent of my staff are women, but what we gravitate towards is not always on purpose,” Westphal said. “It’s not that I don’t like working with men. It’s more like what I’m drawn to as a woman filmmakers. Also, there’s not enough support for Black producers, directors, writers in the industry. This is really us giving filmmakers a chance to tell their stories.”

This year, Wavelength jumped on board documentaries about legendary African American singer and civil rights activist Marian Anderson for PBS’ American Masters series and a chronicling of the Johnson Publishing Company and their publications, Ebony and Jet, among others, both cultural touchstones in the African American community.

Not yet released is the documentary “Unschooled,” the 2020 SXSW EDU conference opening film which follows three Black teens and their families in the Philadelphia neighborhood of Germantown as they transition from public school to the newly-opened Natural Creativity Center (NCC), where the program’s radical approach to education is put to the test. And there’s also the narrative section is the drama “Aisha,” starring Letitia Wright and Josh O’Connor, which chronicles the experiences of a young Nigerian woman as she seeks international protection in Ireland. 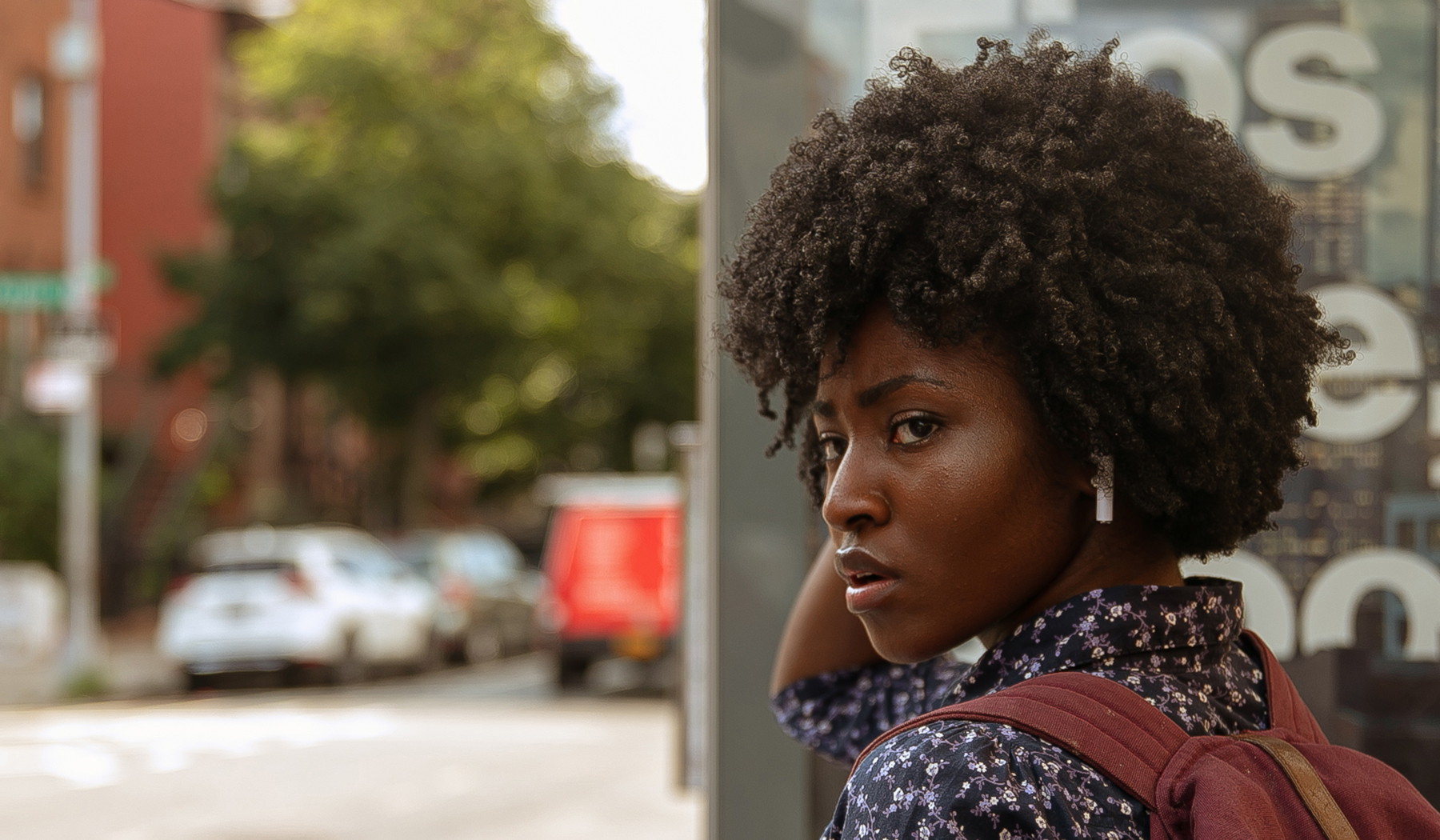 The company is also developing a narrative project on Senegalese filmmaker Ousmane Sembène, considered the founder of contemporary African cinema. It remains unclear whether the project will be a feature or series, but several directors are in talks for the project, including Nigerian American filmmaker Faraday Okoro, winner of the inaugural AT&T and Tribeca Film Institute’s $1 million “Untold Stories” production grant.

Wavelength became involved with the project after backing “Sembène!,” the acclaimed 2015 documentary about the life and work of the pioneer, written and directed by Samba Gadjigo and Jason Silverman. Westphal stumbled upon the documentary on Kickstarter, where the filmmakers were raising funds to cover costs necessary to get the film to Sundance after it had been accepted into the festival. With just a few days before the crowdfunding campaign ended, she contributed more than was necessary to help reach its goal.

It was one of the company’s first attachments that went on to be showcased at top-shelf festivals, including Sundance and Cannes. “We’ve gone to enough brunches at Sundance, enough seminars and other events where there are a lot of white people asking, ‘How are we going to get people from diverse backgrounds? How are we going to get their stories told?,'” said Westphal. “And I look at everybody and say, ‘How about you just do it? How fricking hard is that?'”

The company’s signature WAVE (Women at the Very Edge) grant, which supports first-time, female, or non-binary filmmakers of color in the production of their first short documentary or narrative film, is now in its second year. And in early 2021, it launched the Black Producers Fellowship developed in conjunction with the Black TV & Film Collective in New York City (BTFC). Co-sponsored by Cinereach, and spearheaded by “Farewell Amor” producer (and BTFC co-Founder) Huriyyah Muhammad, the initiative’s mission is to amplify Black creative voices and bring their stories to the screen. Both initiatives award production funding ($5,000 and $25,000, respectively), as well as in kind production support and critical career mentorship.

There isn’t an immediate financial benefit to these programs, but in a business where success relies on building and nurturing relationships, each seed planted by the company could pay dividends in the future.

“We really pride ourselves in being great collaborators on films, and we just feel very fortunate to be in this position,” said Westphal. “We don’t have to be the number one company on any film. We’re happy to partner on a project that may very well be directed by a first-time filmmaker who could become the next Dawn Porter or Anita Gou.”

Considering its can-do mindset, it’s little surprise that Wavelength has a foot in distribution, releasing some of its own titles — like “Feels Good Man” and “Maybe Next Year” — if necessary, as it did when the COVID-19 pandemic shut down the industry almost entirely. But the company doesn’t have aspirations to become a distribution house, or grow into an entity that rivals major studios. “If it becomes something that competes at that level, I’d be OK with it, because we’d still be telling the kinds of stories that we want to tell,” Westphal said.

The company keeps the lights on with its commercial division, Wavelength Studios, which works with top brands in multiple industries, from Lululemon to Audi, to produce new and innovative advertising spots. “I don’t need this company to make money, but I do want to be able to pay the bills,” Westphal said.

She added that the company expected to continue its focus on inclusivity no matter how it grows. “We’re not a big production company, so we’ve always just felt like one of the ways we could have impact would be to support marginalized, first-time filmmakers,” she said. “What’s really fun is that we get to play a lot, in all different spaces. And I couldn’t be more proud of the artists we’re working with, because they’re all fantastic, and just so inspiring. They’re so hungry to be storytellers, to be in the industry, and just need somebody to give them a chance and take a risk — although I hate that word, because it shouldn’t be a risk to support a young woman of color who’s got a great story to tell. But that’s where we come in.”
Click to expand...

news Could Another Streaming Service Be the Answer to Having Too Many Choices? This New Platform Hopes So

news Hollywood Can Be a Better and Safer Place for Women, but the Hard Work Has Only Just Begun