Olivia Colman no doubt is a period piece “Favourite.”

The Oscar winner, who took home an Academy Award for portraying an emotionally stunted queen in “The Favourite,” transforms into the iconic spinster Miss Havisham for the upcoming FX and BBC adaptation of Charles Dickens’ “Great Expectations.”

The limited series is currently filming in the UK and stars Colman as Havisham, an elderly woman once jilted at the altar who is revengefully wearing her wedding dress and veil until she dies. Havisham lives with her adoptive daughter Estella (Shalom Brune-Franklin). Fionn Whitehead plays the lead character, orphan Pip.

The coming-of-age story “Great Expectations” was first published by author Dickens in a series of weekly chapters beginning in December 1860, before culminating in the classic novel. The team behind BBC’s 2019 “A Christmas Carol” adaptation executive produces the miniseries, with Tom Hardy, Ridley Scott, Dean Baker, David W. Zucker, and Kate Crowe all serving as executive producers.

“Great Expectations” is produced by FX Productions in association with the BBC, Scott Free, and Hardy Son & Baker. The limited series and “A Christmas Carol” are the first two projects in a series of adaptations of Dickens’ novels commissioned by the BBC and FX.

“Great Expectations” continues Colman’s TV career on the heels of “Fleabag” and HBO’s “Landscapers.” Colman won an Emmy for Netflix’s “The Crown” for her portrayal of Queen Elizabeth II. Colman opened up about playing the Queen in a 2021 interview, calling the performance “the most pressurized thing” she’s ever set out to do.

“Because everyone goes, ‘That’s not right,'” the “Lost Daughter” actress told The Guardian, adding, “I don’t tend to read anything because I’m not very thick-skinned – so I don’t know. But we had amazing voice and hair and makeup departments – you’ve done half your job before you even step out of your van.”

“Great Expectations” does not yet have a premiere date.

Check out the first look below. 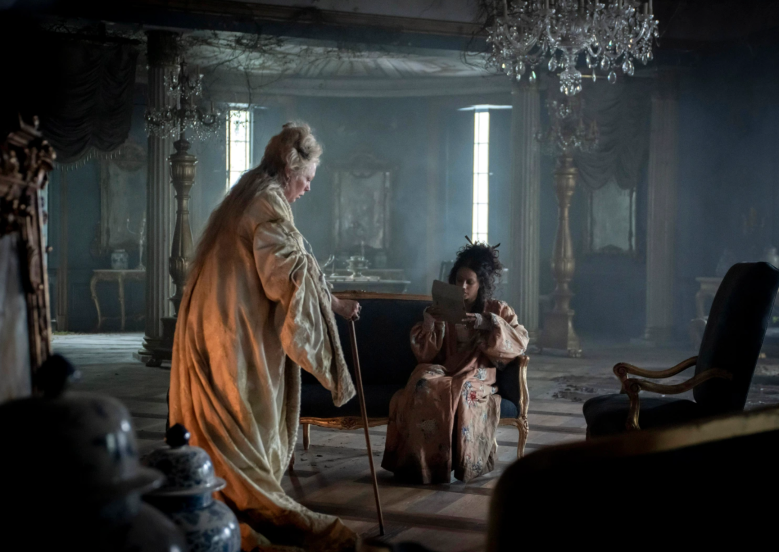 news ‘Alien’ FX Series Will Be Closer in Tone to First Two Movies: Expect to Be ‘Caught Off Guard’