news Frank Langella Is a Great Actor, Not a Movie Star, and He Is Very Much OK with That

Frank Langella is Stanislavsky over Strasberg (“Lee took Stanislavsky and bastardized him terribly”), acting over stardom (“I play my strong suit and try to disappear”), and old over young. “I’d hate to be a young actor starting out now,” said the 83-year-old performer; he was 32 when he earned his first film credit, in “Diary of a Mad Housewife,” which earned him a 1971 Golden Globe nomination as Most Promising Newcomer-Male. “I’ve seen people write about a new young actor who is only 24 being thrown on the junk heap.”

Langella is also theater over film, usually, but he was delighted to make the exception for Aaron Sorkin, whom he compares to Shakespeare. “All the classics I’ve done, I’m safe inside these brilliant writers,” he said. “There are not many today. With Aaron, you never feel you’re being abandoned: ‘How do I play this?’ Aaron has a delicious chocolate cake, and you cut it up any way you want to and it will always be good.”

Langella’s slice of Sorkin’s “The Trial of the Chicago 7” was the role of imperious Judge Julius Hoffman. “He was a shit,” he said. “He had no redeeming qualities at all. Usually when I play a villain I try to find one, but I couldn’t find one. He knew on the first day he was going to convict, no question. I dismissed any humanity. Aaron describes him in one sentence: ‘Judge Hoffman is either a total pawn of the government, or getting senile, or a combination of both.’ There are men like this, more than we like to know, who have grown up with all sorts of ideas about who to defend and protect. They use their position to cover what is venal and dishonest and cruel behavior, and they do it the name of whatever they think they stand for.”

At first, his instinct was to isolate himself from the rest of the cast in order to maintain his character’s place as insurmountable obstacle. The night before production, he emailed Sorkin: “I’d like to splash on a lot of Bay Rum. I want them to smell me coming!”

By the end of the first day of shooting, Langella changed his mind. “When you’re my age, you get actors who naturally and lovingly bow to you,” said Langella. “This was an especially adoring group of actors, 14 men together for two solid weeks. It’s like we became a football or basketball team. One of the actors called me the mother of us all. I took a fraternal and maternal feeling about them. They were such gentlemen with me, so kind.” 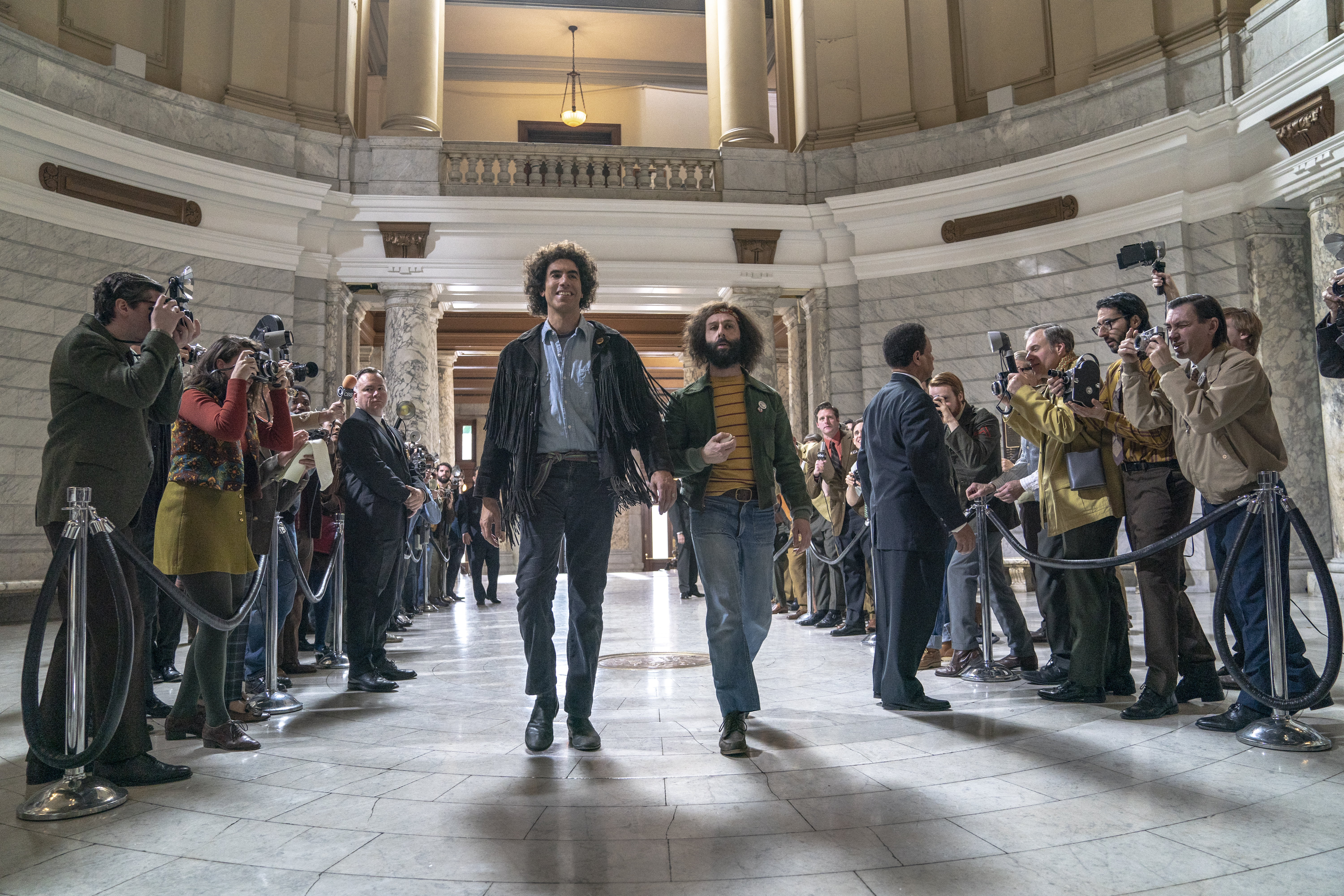 “The Trial of the Chicago 7”

Langella said the shoot was unique: Even when he wasn’t in a scene, he was working. “I’d spend the day at my bench, perform when I was on camera and do my best for my colleagues off-camera, and every other actor did the same,” he said. “We watched each other every day. No scene was ever shot without the entire panoply of actors sitting in front of me. Eddie Redmayne [Tom Hayden] only has one scene at the end. Eddie was there every day, he never had a word to say, but he was there, always no matter what the scene was, he was there totally committed, but no dialogue. On most films, that wouldn’t happen. It was a joyous experience for that reason, with 300 extras to play to. It was theatrical in that sense. It was like being on a stage with an audience.”

At Hoffman’s direction, Black Panther leader Bobby Seale [Yaya Abdul-Mateen II] was brought bound and gagged into the court three days in a row. Sorkin “powerfully reduces it one great scene, which really works,” said Langella. “To have seen him three days in a row would have been hard to sustain.” Yaya Abdul-Mateen II as Bobby Seale in “The Trial of the Chicago 7.”

As a theater actor, Langella has won multiple Tonys (including one for “The Father,” in the role likely to garner an Oscar nomination for Anthony Hopkins). After a half-century in film, Langella has only a handful of film-award nominations and no wins. “Frost/Nixon” brought Oscar, Golden Globe, and SAG award nominations; he received an Independent Spirit Award nomination for his performance in “Starting Out in the Evening,” as an aging novelist tangling with his biographer (Lauren Ambrose).

“It’s an example of not necessarily needing money or time,” he said of that film. “We shot in 18 days on a budget under $800,000. That is the favorite indie film I’ve ever done, followed by ‘Robot and Frank,’ and on a larger scale, what I did with George Clooney on ‘Good Night, and Good Luck.’ It was a beautifully written character [William Paley] and film.”

Langella also received SAG nominations for Outstanding Cast in “Captain Fantastic” and now, for “The Trial of the Chicago 7.” However, it’s possible that he’s a great actor and not a movie star; he says it’s possible to be a great movie star while only being a good actor. 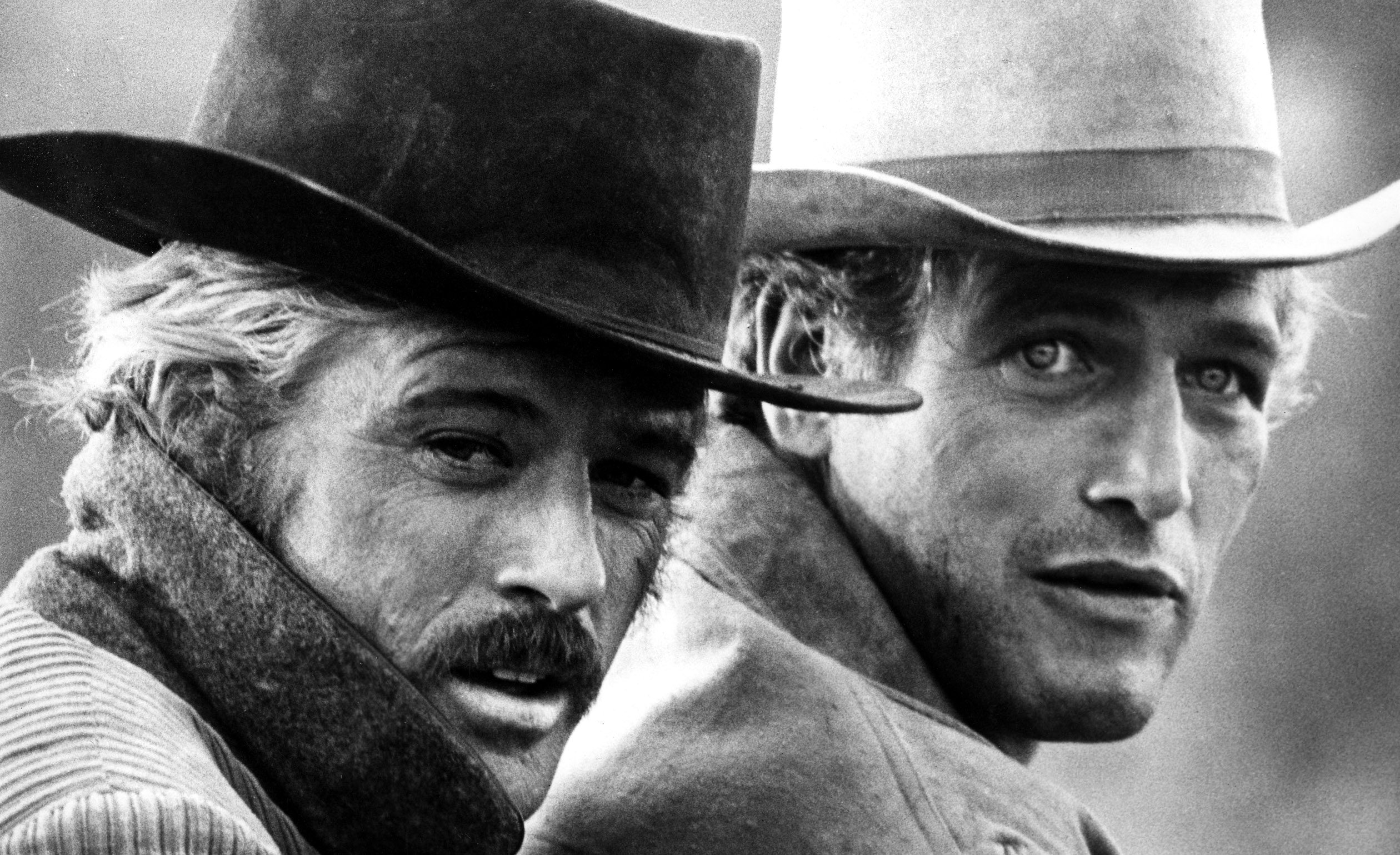 “[Paul Newman] was a great guy, and truly a movie star,” he said. “I saw 10 minutes of ‘Cool Hand Luke,’ and was reminded of a screen presence and a magnificent face. Two ingredients you need to be an actor in the theater and commercial movie stardom is mystery and danger… Paul didn’t have those two. He knew it, deep down in his heart, when he was up against his contemporaries Montgomery Clift and Marlon Brando, they all had it in spades. Oddly, Paul outlived them all. He wanted to be a great actor and worked very hard. I admired him playing less on his image than the other guys did. He tried every time to invest whatever character with as much truth as he could. But he was never frightening. He never surprised you. What Paul was about, he was a marvelous man to know.”

Movie stars, Langella said, can be “actors whose presence is comfortable, safe, and warm. Gary Cooper or Clark Gable, who is so great to be around, they lasted 30-40 years. No actors last that long. The public is far less patient now.”
Click to expand...