Jeremy O. Harris is not one for resting. “Basically my [writing] process has been chain-smoking at midnight, drinking a lot of coffee, thinking, and then when my body’s exhausted, my subconscious can sing. That’s where I do my writing,” the critically lauded playwright and newly minted screenwriter told IndieWire during a recent interview. “I’m also a Gemini, so there’s just always going to be some mania to my process.”

His process has already garnered him many accomplishments, on the stage and in an assortment of filmed works, both in the film and television spaces. A graduate of Yale’s School of Drama, the author of the most nominated play in the Tony Awards’ history, “Slave Play” — an antebellum set production concerning three interracial couples that kindles a convergence of race and sex in America — a style icon, an unabashed Black queer activist. And he’s not afraid to display his wide wit, to interrogate the formative pieces of his past, to know the praise he deserves and the responsibility attached to it.

Harris has accomplished these generational successes despite growing up with a sense of alienation. He spoke with IndieWire last month from the Cork Hotel, a charming European style dwelling in Charlottesville, Virginia, to talk about his early struggles growing up as an outsider among his white peers, his nonconformity with authority and institutions, and his future in the film space. He was arriving back in his home state to accept the Virginia Film Festival’s 2021 American Perspectives Award for Outstanding Achievement in Cinema.

It’s a big award meant to mark Harris’ first foray into feature filmmaking: as co-writer on director Janicza Bravo’s raucous dark indie comedy, “Zola.” Based on Aziah “Zola” King’s real-life 148-tweet Twitter thread, the A24 film stars Taylour Paige as the candid titular character, a part-time stripper kidnapped by a pimp (Colman Domingo) and his employee Stefani (Riley Keough) to Florida under the auspices of quick cash in the state’s money-heavy strip clubs.

The film premiered at Sundance 2020 to widespread acclaim, only finding further praise this past summer during the film’s much-anticipated wide release. Awards season may be kind, too: both Paige and Domingo were recently nominated for Gotham Awards. 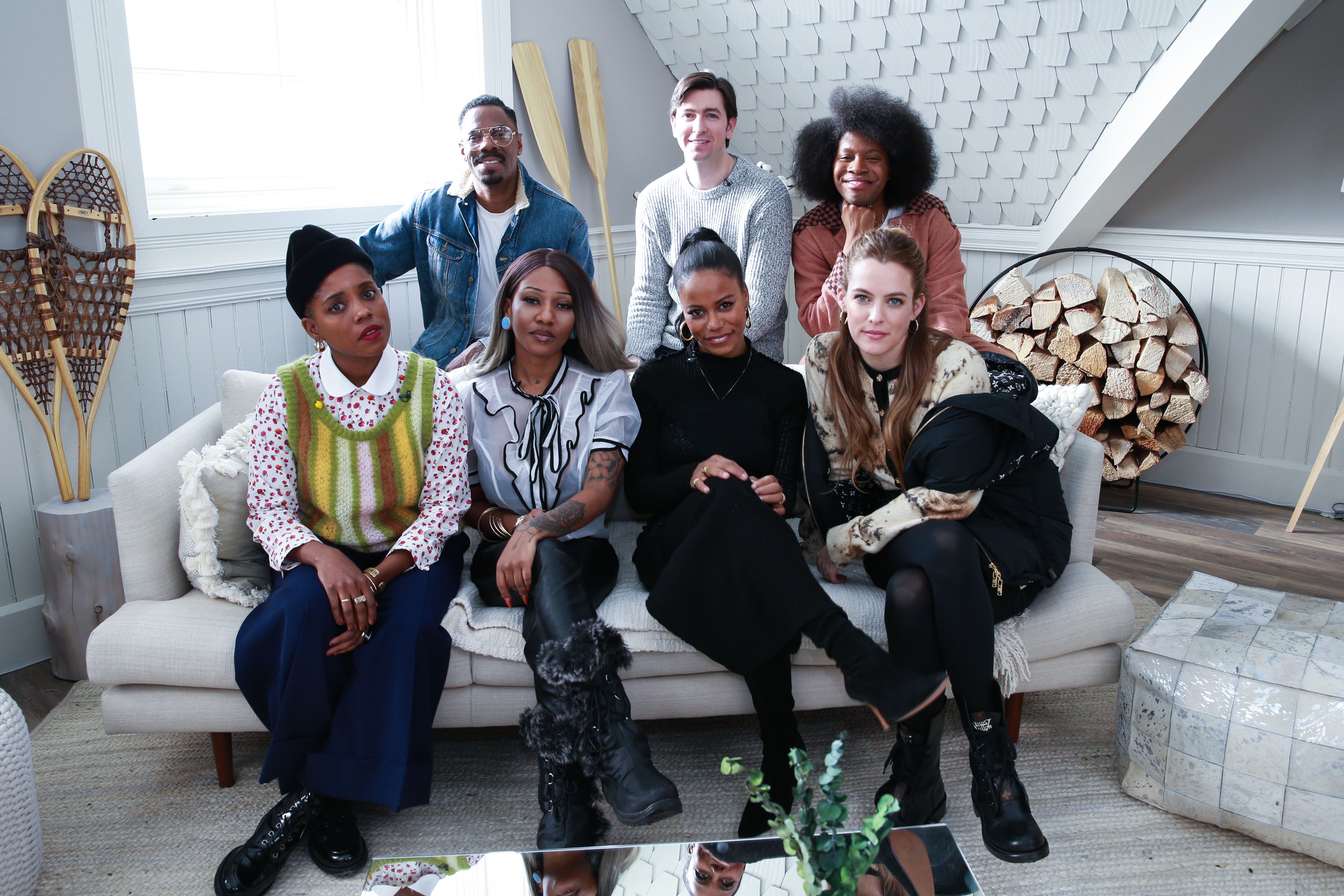 The adaptation of King’s 148-tweet thread offers Harris familiar ground, exploring the power dynamics between flesh and economics in the sex industry, and offering an uncomfortable watch of a traumatic kidnapping. For his future in cinema, he envisions a career like Melvin van Peebles or Yukio Mishima. “I’d like to do a bunch of plays and maybe two or three independent films that are really exciting to me,” he said.

Harris’ origins have often been flattened by others. Readily described as a military brat in interviews, he spent four years as one by virtue of his military stepfather. “What I did have was an inconsistent childhood, a very peripatetic childhood, in the sense that I was constantly moving to different schools,” said Harris. “It never made me feel like an outsider, but it always meant that I had to show up, and make an impression if I wanted to have friends. So I think I tried to maintain a personality that was big and immediate and the kind of personality where you’re either going to love it or you’re going to hate it, but you’re not going to have a lukewarm opinion about it.”

While his eighth grade classmates were watching cartoon television series like “Ed, Edd n Eddy,” the future playwright and screenwriter was enraptured by the work of French director Claire Denis. Harris describes himself as a student of European cinema and of theatrical traditions and dance. His interest in dance and English classes and international baccalaureate also separated him from his peers. “[I got] into a fight in eighth grade because I was the only person reading at lunch and the bully didn’t like that,” Harris said. “So he slapped the book out of my hand and then I snapped.”

But Harris doesn’t believe living in Virginia, as one of the few Black children who attended his private school, solely contributed to feeling alienated. He believes the roots twist in the socio-economic grounds of poverty. “The amount of people who grew up in extreme poverty or an area surrounded by the extreme poverty that I grew up in are very small,” he said.

He was raised in Martinsville, Virginia, a town he recalls President Barack Obama once describing as a “lesser Detroit.” The hardened milieu of the scarce area caused his mother to surround him with books, film, culture, and other media. It’s a strategy Harris questions: “I think that that’s an alienating thing to do to a child, even if it does embolden them, potentially, for a plentiful future.”

His sense of being an outsider continued through his first year at DePaul University, where he majored in acting in the college’s theater school, only to be cut after his first year. The rejection, for a time, traumatized the budding performer. “I look back on it and it’s indicative of a lot of my time inside the industry,” he said of the hurdles he faced at DePaul. “So many parts of my talent are undeniable. But I also have this way of constantly bucking against institutions and their rules. In doing so, it later alienates me, even though the praise has been thrown at me for the labor I’ve done.” 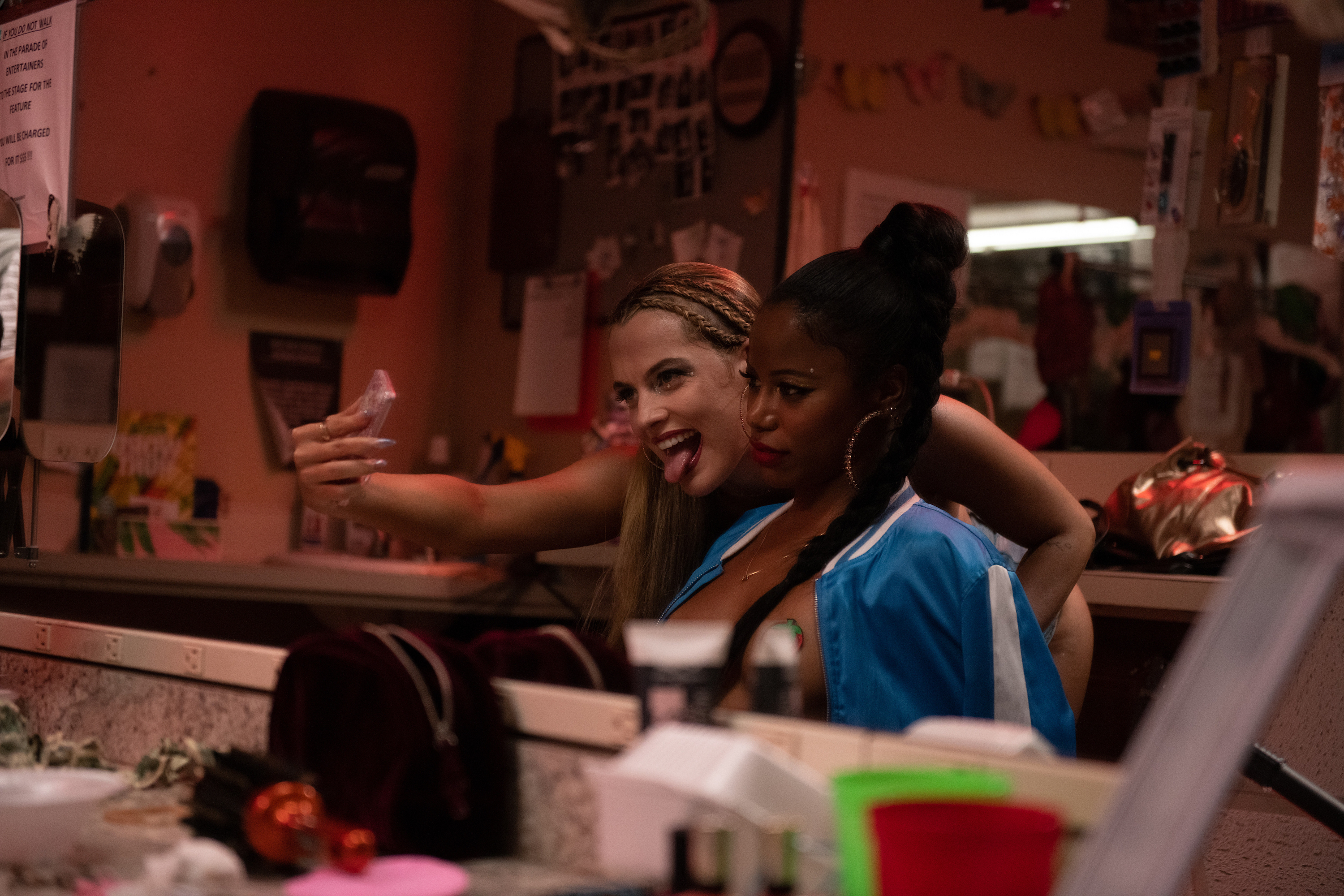 Courtesy of Anna Kooris / A24 Films

He has felt a similar cold reception at Yale, writing his graduate thesis about the hurdles people of color face in assimilating institutions like the New Haven-based Ivy, and later on Broadway, as “people in the community felt were the proclamations unbefitting of a young playwright who hadn’t proven they were Tennessee Williams yet.”

“If I wanted to keep my mouth, I had to be comfortable knowing that I’m not always going to get everything I think I might deserve via the amount of praise that’s been given,” he explains. “The institution does not feel it can maintain itself if it keeps me around.”

When analyzing his own work, he partly dismisses the habitual phrases that dominate cultural criticism today such as the white gaze and the Black gaze, or Black trauma and Black joy. Instead he writes for an audience of himself, a proverbial gadfly to the unwritten taboos outlined by an, at times, skittish audience.

With Bravo, Harris says he wants to be “the Schrader to her Scorsese.” The pair are currently taking a break from their active creative partnership, deciding it would be exciting for Harris to work on a movie as a writer-director, see how they respectively grow, and then immediately return to collaborating. Harris said he is actively looking for that solo project as of now, despite his predictably packed schedule. 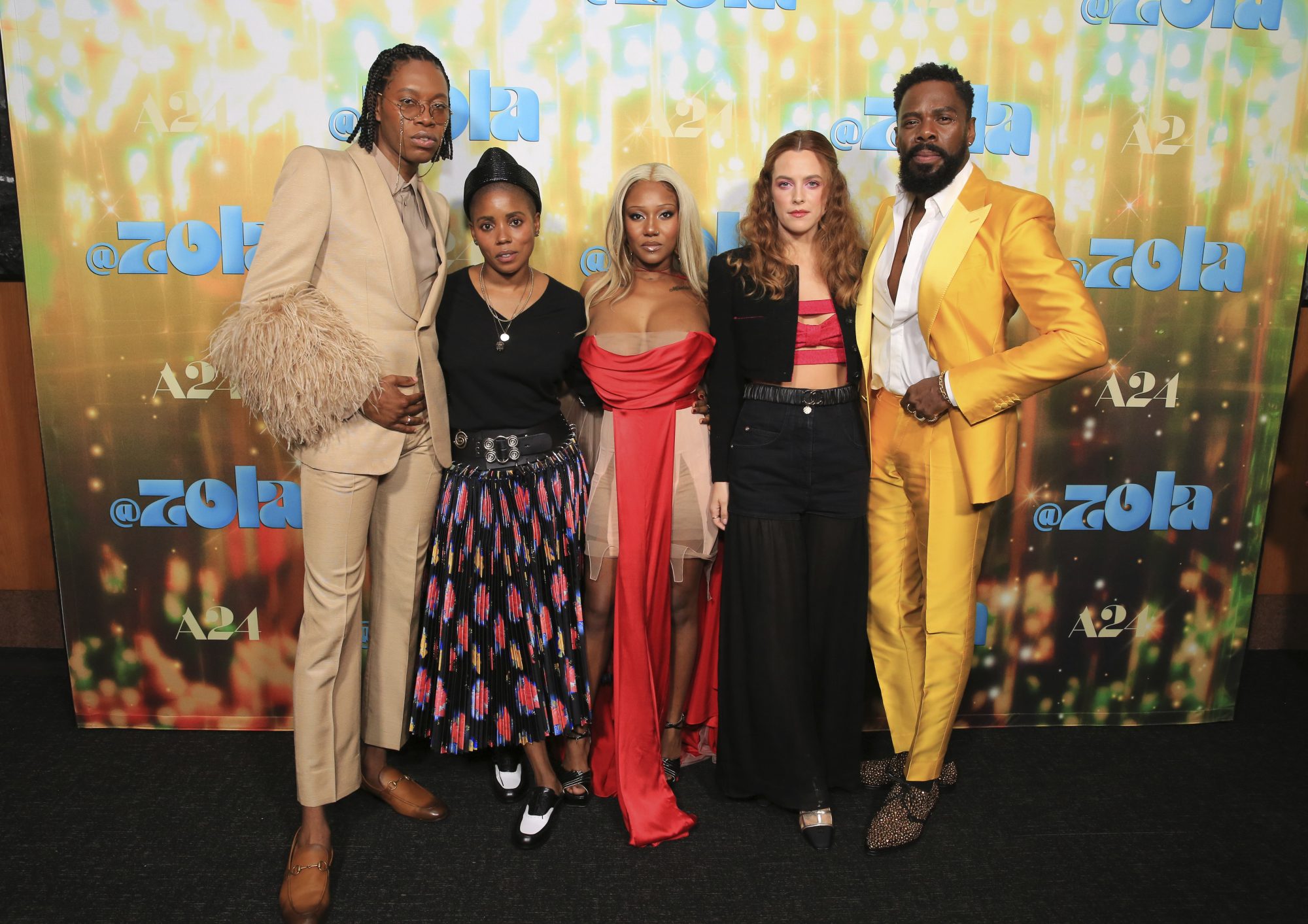 It’s a sage decision for a creator still figuring out their own writing process, one that cannot always be dependent on another person. “I think that that’s something that’s really fun for me right now,” Harris said. “I’m in a moment of figuring a lot of these things out. Right now, I’m trying to figure out how to have a process that’s healthy and not dependent on me staying up until 5:00 AM every night. Because now I have a partner who goes to sleep at 9:00 PM. And so having someone listening to music loudly at 3:00 AM and talking to themselves in the room across the hall is not necessarily conducive to a healthy relationship.”

Following a guest spot on the reboot of “Gossip Girl” and before his upcoming appearance on the second season of the Netflix series “Emily in Paris,” Harris is still basking in the continuing affection for “Zola.”

“The more love ‘Zola’ gets, the more exciting it is for me, because it’s a film I worked really, really hard on and I love every single person involved,” he said. “Knowing that this movie was a labor of love that came out in a really complicated time, it makes me even more excited every time someone says, ‘Actually, we remembered that this movie was great.’ It really is amazing.“

Even with the major recognition he’s gotten elsewhere, Harris doesn’t take the award he’s just received from his home state’s film festival lightly. “It’s such an honor, because I feel as though Virginia has such an overwhelming history. So many great minds have come from here,” Harris said. “To feel like I’m becoming a notable Virginian is really funny, because I thought for so long that I would run away from this place and never want to come back. I’m feeling exhilarated by the fact that I might be someone that some young, Black queer weirdo in Virginia would look up to and say, Oh, cool. He got out of his shitty town. Maybe I’ll get out of mine.”

news ‘Zola’ Creator A’Ziah King Slams Lack of Awards Inclusion: ‘My Beef Is with A24’