news For ‘Eternals,’ It’s a Box-Office Slide; for Awards Titles Like ‘Belfast,’ It’s a Shrinking Audience

“Eternals” dropped 61 percent in its second weekend, which stands at the high end for the Marvel Cinematic Universe — especially after its low-end opening of $71 million. The good news? Considering the film’s negative critical and audience response (including a record-low B Cinemascore), that performance is better than expected.

That also stands as a fair description for the weekend’s grosses, which total around $72 million. “Clifford the Big Red Dog” is #2 with $16.4 million for the weekend, $22 million total for five days (it opened midweek for the Thursday school holiday), parallel to streaming on Paramount Plus. Also, no holdover in the top 10 dropped more than 39 percent.

Overall, this weekend performed at 65 percent of the same weekend in 2019; the rolling four-week average stands at 75 percent. However, with nothing opening to compete with “Frozen” and the $269 million it generated in November 2019, expect further comparisons this month to be brutal.

“Eternals” suggests another case of a gross that’s much lower than what it would have been pre-Covid. Combined with the reality that studios now release fewer films with a narrower range, a 25 percent second-weekend drop in grosses could be the new normal.

At Disney’s earnings call last week, CEO Bob Chapek strongly suggested that the studio will continue to evolve its strategy for the theatrical release of family films. A look at the results for “Ron’s Gone Wrong” ($21 million through four weekends, less than “Clifford” so far) is data that strengthens the hands of those at Disney who either want to shift similar titles to Disney Plus as exclusives or as day and date.

There is a stable, steady audience returning to theaters, but growth appears to be tied to either a single strong new release or of multiple, lesser titles making their debuts in wide release. Beyond that, “better than expected” will continue to mean “not good enough.” 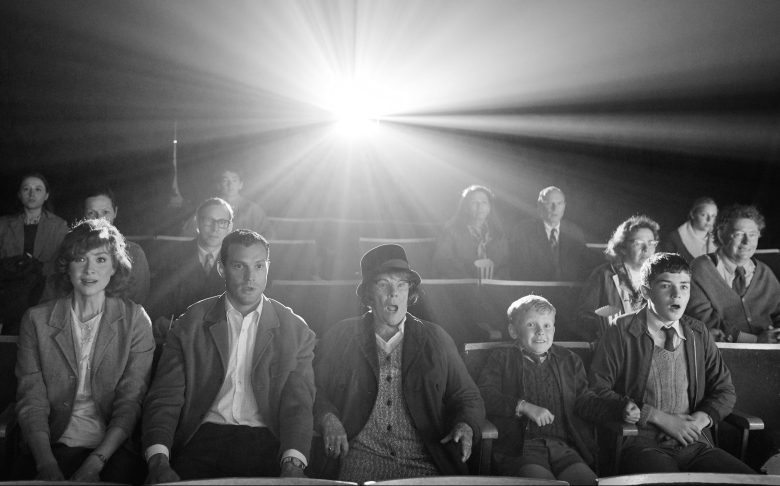 The new paradigm is for wider play to be followed by rapid home availability. (Focus and Neon are active early Premium VOD players, though dates haven’t been announced for either title). Elevated revenues from PVOD likely will provide the bulk of their earnings.

“Dispatch” is holding well, though its ultimate gross will be at the low end for a Wes Anderson film. “Belfast” had a high-end initial response among recent Focus releases, better still for a black-and-white film set in Northern Ireland. (It is almost double what Paul Schrader’s “Card Counter” did with the same theaters.) And with 400 fewer theaters than “Spencer” opened with, its gross was only 15 percent lower. (Both films received similarly favorable reviews, though neither saw raves across the board.)

Despite new competition, “Spencer” dropped only 25 percent with a consistent theater count. If “Belfast” can do similar, that could be a performance that enhances its awards chances.

Here’s the reality check. “Dispatch,” “Belfast,” and “Spencer” combined grossed about $5 million — about 545,000 North American ticket buyers across 3,000 theaters. “Julia” (Sony Pictures Classics), a documentary on Julia Child, debuted in five top New York/Los Angeles theaters. With a strong festival pedigree and decent reviews, it grossed only $20,796. A24’s “The Souvenir Part II,” one of the most acclaimed films this year, managed $14,455 in its third weekend at 45 prime arthouses nationwide.

Two years ago, on a similar November weekend, “Jojo Rabbit,” “Parasite,” and “The Lighthouse” (all of which were in their fourth or fifth weeks) saw a combined gross of $7.5 million — about 820,000 ticket buyers across 2,000 theaters. Those figures tell the story of this sector’s real-time collapse.

2. Clifford the Red Dog (Paramount) NEW – Cinemascore: A; Metacritic: 55; also on Paramount Plus