news ‘Final Space’ Review: It’s Time to Catch Up on One of TV’s Animated Sci-Fi Treasures

The cosmos is vast and unpredictable, so it’s no surprise that “Final Space” has been able to find a steady stream of humans, aliens, robots, and all-powerful metaphysical behemoths to fill out its roster. Plenty of them have multiplied, some have taken different forms. Regardless of how they’ve manifested, they all contribute to the idea that this series slides comfortably right alongside plenty of its other peers in the animated sci-fi subgenre. Now entering Season 3, “Final Space” has managed to sharpen all of its component parts on both logistical and emotional levels. And there’s plenty of room for it to keep going.

The season’s opening sequence plays out like a bonus ending to where the show left off, with human adventurers Gary (voiced by series creator Olan Rogers) and Quinn (Tika Sumpter) fully reunited, but still stranded in the Negative Zone-esque reaches of space. The details of what happens next — like so many other stretches across the show’s first two seasons — is almost immaterial. “Final Space” has built up an impressive mythology, branching out from a single person serving out a prison sentence on board a drifting ship to now dealing with unstoppable mystical forces capable of tearing through the very fabric of spacetime. Still, what’s powered “Final Space,” though, are those individual characters who weave themselves in and out of the central crew.

In almost any combination, they’re able to boost the show’s many side quests and diversions purely by being shuffled together. Though the group has gone through some revisions by the time Season 3 rolls around, “Final Space” has had a sharp core of Gary compatriots that each complement him in their own ways. They’re not merely shades of Gary’s personality — they range from the extreme deadpan (Tom Kenny as HUE has become a series highlight) to the emotionally heightened (Ron Funches’ roller-coaster-hearted Fox) to the relatively even-keeled (through Ashly Burch’s performance, Ash has become one of the team’s anchors, even while having one of the most volatile power sets). The back-and-forth between Little Cato (Steven Yeun) and his father Avocato (Coty Galloway) has rarely taken the easy route. 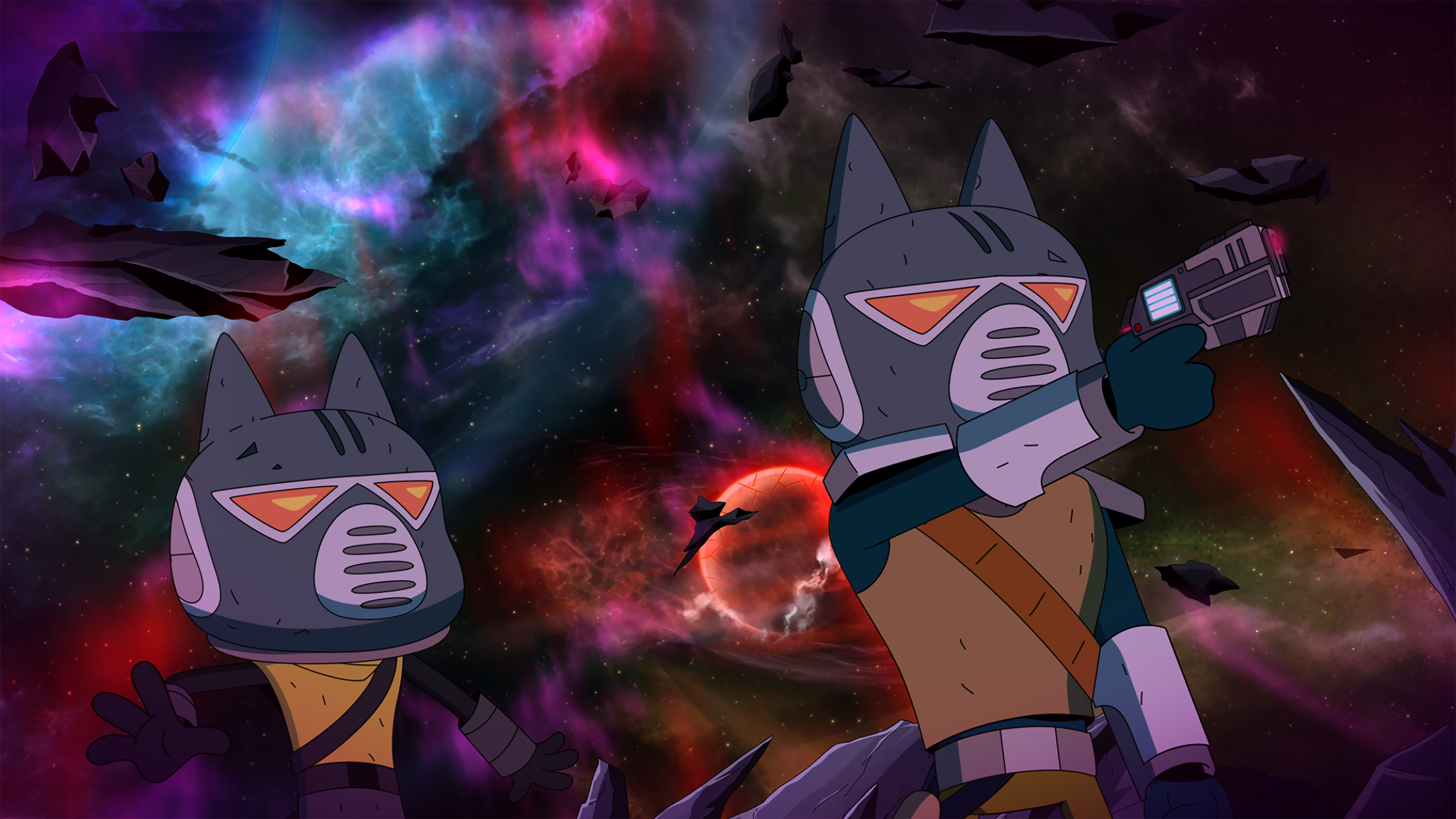 The early going of Season 3 starts out bleaker than the show has been to this point, crawling through apocalyptic wastelands and empty, planet-sized chasms. But even those daunting settings can’t drown out the vibrant energy that “Final Space” has always had either just under the surface or right out on top for everyone to see. Especially in the show’s more mystical streaks, the bright neons and digital rainbow palette still finds ways to manifest in odd interiors or sweeping solar system-sized backdrops.

Season over season, that full-color spectrum is infused into a series that’s in near-constant motion. Dogfights between battling starships and hand-to-hand brawls on solid ground all capitalize on a thrilling kind of choreography, tracking each individual player in this ongoing battle for survival. As the show has reached for an even more operatic sweep the further the show has gone on, it’s those dynamic animated environments that let the action breathe and take the burden of self-seriousness off of enough of its central characters.

There’s a corresponding blended spirit in the show’s overall atmospheric approach. With a few full seasons already under its belt, “Final Space” knows how to mix the tragic and goofy, the seismic and the silly, all brought together in the show’s simplest, most effective creation. Mooncake, the floating green alien who communicates in a handful of syllables (also voiced by Rogers), is also a conduit for enough power to take on gargantuan celestial spacebeasts singlehandedly. Call him a cuddly squoosh-pillow, call him a weapon: that “Final Space” can find ways for him to be both without letting either side completely overtake the other, is the kind of balance this show handles better than just about any other. 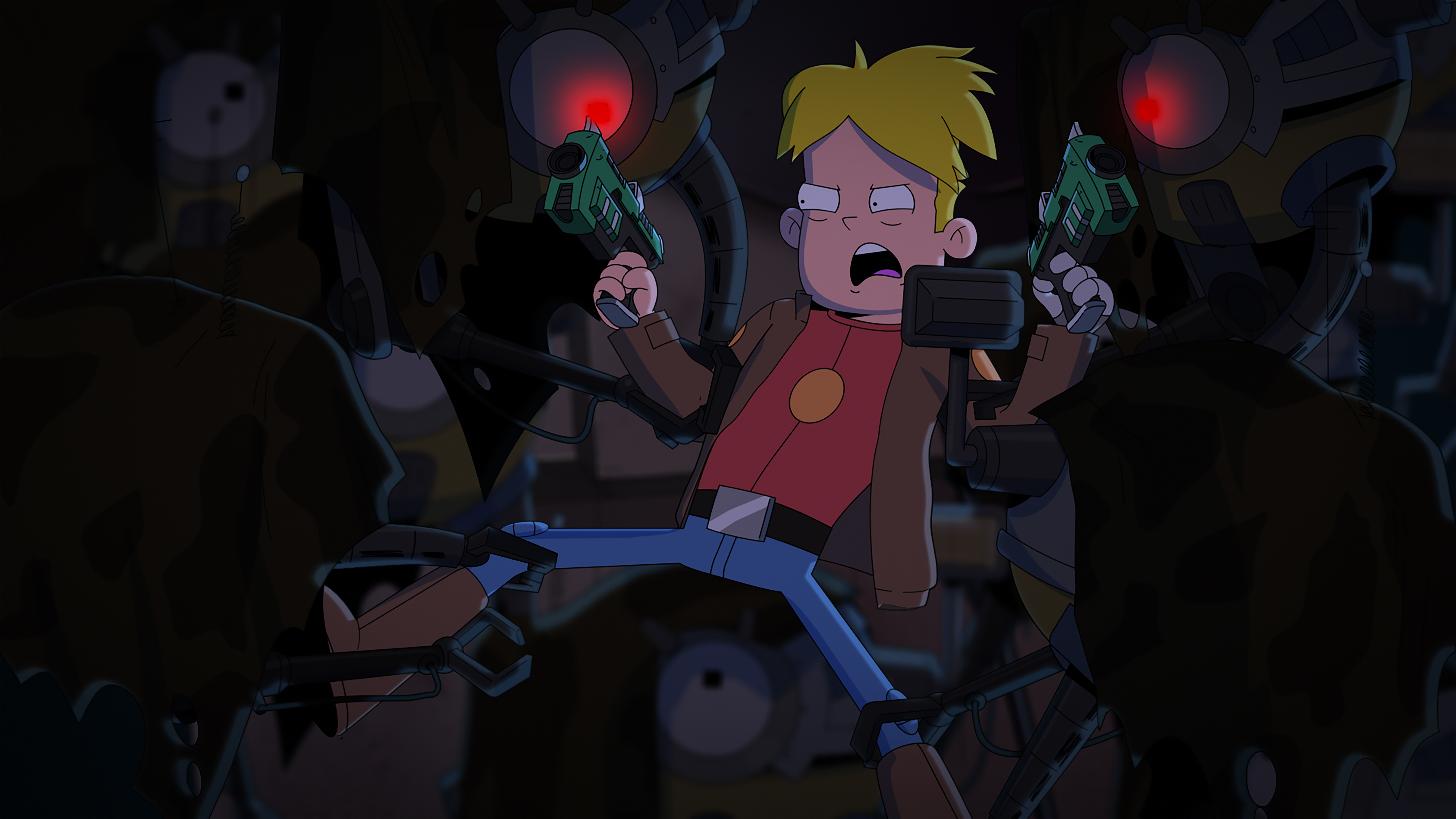 There’s also something about the way that this show taps into the inherently existential nature of space. For as crowded as some of these command decks can get, “Final Space” makes time to zero in on how the uncertainty of these missions can make characters feel lonely. Some characters feared dead have managed to reappear, but not without consequences. (As Gary and Quinn are reunited, it’s amidst a flotilla of other Garies from other timelines who’ve died in their respective quests. This season wastes no time making sure that they’re not just background fodder, either.)

In the opening two episodes of Season 3, “Final Space” returns to some characters and story territory it’s been to before. But as it’s done well up to this point, that revisiting never feels like rehashing. With plenty of room to follow its own cosmic rules, the writing team (led by Rogers and David Sacks) continues to build outward as it stacks on what’s come before. It’s not beholden to that massive scope, either. In the midst of a saga unlocking some ethereal gateway, “Final Space” can just as easily shrink down its scope and luxuriate in a robot experiencing a major metropolitan area for the first time.

If there’s one “Final Space” weakness, it’s that these early stretches take a few episodes to truly settle in to whatever the heart of the season turns out to be. But once that switch flips, it’s always a treat to see what this show manages to unleash. It’s weird and wonderful and not hemmed in by an overly referential charm. Who knows how long the show can sustain its expanding stakes as the fate of at least one universe hangs in the balance. But with all the lovingly built pieces it has to play with, “Final Space” is a show that can go just about anywhere it wants.

news ‘Westworld’ Review: Season 4 Places Its Puzzle Pieces with the Same Cold Confidence as Before