The story is about a woman who treats her daughter who is a cheerleader in a inhumane way. I just want to see what people think, what needs to change, and what is good in my script. 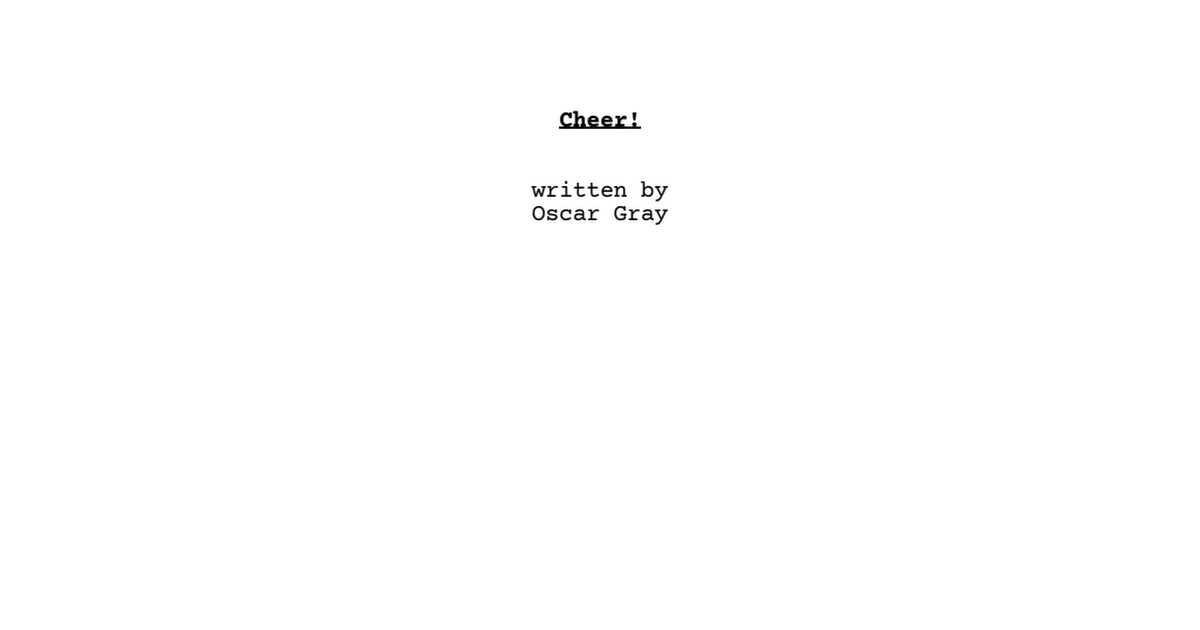 I read the first few pages. I will be honest and say that your dialogue doesn't feel natural. Enjoyed your descriptions and actions, though.

Your first page was pretty much absent of grammatical errors but increased as I kept reading. Grammar was the main reason I quit reading.
Upvote 0 Downvote
O

OddGinger said:
I read the first few pages. I will be honest and say that your dialogue doesn't feel natural. Enjoyed your descriptions and actions, though.

Your first page was pretty much absent of grammatical errors but increased as I kept reading. Grammar was the main reason I quit reading.
Click to expand...

I guess writing really fast I don't catch many of my grammar mistakes. Thank you for the feedback.
Upvote 0 Downvote
C

Well despite the grammatical and vocabulary errors, I read it through to the end.

Overall, it just doesn't ring true. From what I've read about the cheer-leading community, if there's any emphasis on weight, it's the colleges themselves that impose and supervise target weights, as well as being pretty aggressive at throwing out performers who aren't at the top of their game. It's essentially the same story as seen in some ballet schools. So it doesn't make sense that the college would have allowed a girl who's exhausted to this extent to keep her place on the team ... and the mother ought to have known that one dizzy spell would kill her daughter's chances of a scholarship stone dead.

Now maybe the mother is just completely loopy, and her daughter has no chance of getting a scholarship because of the abuse, but that's not explored in any way. I'm not sure you could even do it in a short film - weight loss takes time, and abusive weight loss even longer because Nicole is obviously trying to fight her mother on the subject. The script doesn't give us any explanation of how the mother came to be like this; it doesn't describe the effect on Nicole's sporting performance; nor does it really describe the evolution of Nicole's resistance to her mother (is she fighting harder and harder, or giving up because she's worn out?) Ashley's character doesn't seem to serve any purpose at all.

And who puts broccoli in a timed cooking appliance?

Last edited: Dec 9, 2019
Upvote 0 Downvote
You must log in or register to reply here.