Raoul Peck’s four-part HBO documentary series besieges the romantic myth of the United States, chronicling the bloody arc of imperialism using documentary footage, movie references, needle drops, and narration, all with concentrated precision. Blistering and dense, “Exterminate All the Brutes,” picks up where his “I Am Not Your Negro” left off with its unsparing deletion of accepted falsehoods.

From the first Crusades to the current racial landscape of America, Peck identifies centuries of oppression forced upon Black and Indigenous people and narrates an ever-shifting arrangement of historical atrocities that chart the rise of scientific racism. It’s a sprawling academic narrative, but it’s Peck who makes it approachable with his own passion and ambition.

Stylistically, the docuseries is as broad as its timeline. Peck combines reenactments of historical events, provocative fictionalizations, arresting documentary footage, and animation. There’s also self-reflective references to his own films and comedic callbacks to other movies. More than 1,000 years of genocidal events are a lot to consume, but Peck creates a cohesive journey that shows how original sins manifest into present-day racial injustices.

“Exterminate All the Brutes” will premiere on HBO over two nights, which is probably the best way to watch the four-hour series. In addition to Peck, the episodes also credit the late scholar Sven Lindqvist (who wrote the 1992 book “Exterminate All the Brutes”), historian Roxanne Dunbar-Ortiz (“An Indigenous Peoples’ History of the United States”), and the late academic and anthropologist Michel-Rolph Trouillot (“Silencing the Past”). These thinkers influenced the filmmaker’s worldview and became his friends. For Peck, this project serves as tribute and makes tangible his metaphorical collaboration.

Peck’s approach represents a marked difference for a filmmaker who prefers to remain in the background. “Exterminate All the Brutes” is a self-exploration, but Peck believes the story is much bigger than himself. “It’s not the knowledge we lack, but the courage to understand what we know and to draw conclusions,” he says. His wryly charcoal voice tells us that the “we” in that verbal gauntlet also applies to him. 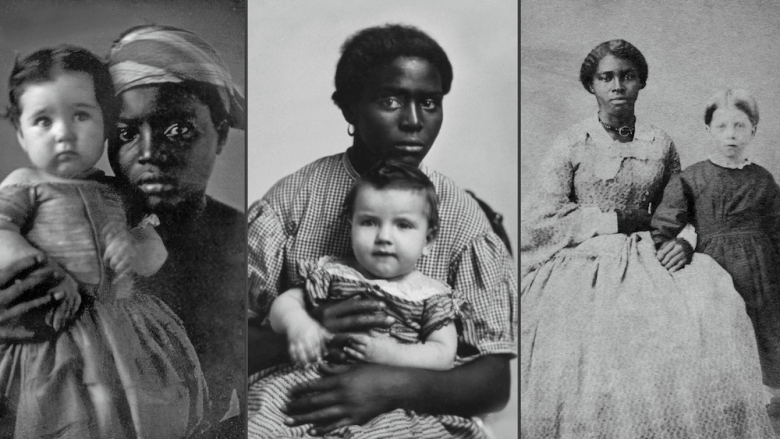 “Exterminate All the Brutes”

The opening scene introduces an Indigenous woman (Caisa Ankarsparre) from the Seminole nation in 1863. Adorned in a red-beaded necklace, a gray multi-patterned dress, with a background teepee canvas completing the tableau, Peck compares the woman to his mother — only to pull back and reveal the players riding horses in ancient garb are intermingling with the masked film crew, the modern set, and noting that the actress is a Swedish performer of Columbian and Native American ancestry. He’s searching for a biting realism that can only be discovered if he retracts the cinematic mirage.

Peck traces his own colonial origins by way of his family’s vibrant colorful home movies, which display a happy family that was exiled from their Haitian homeland by François Duvalier’s dictatorship. They resettled in the Democratic Republic of the Congo, now free from its Belgian colonizers. He considers his somewhat privileged upbringing (“I have been a good soldier all of my life: The perfectly well-educated pupil of a Western humanistic civilization”) and, with a dry humor that should be familiar to Werner Herzog fans, likens his childhood superiority complex to Jordan Belfort in “The Wolf of Wall Street.”

The sharpest element in “Exterminate All the Brutes” is how Peck bewitches reenactments through detailed staging, only to juxtapose them with fictionalizations. In Part 2, “Who the F*** Is Columbus?”, he imagines the Indigenous population murdering Columbus and his villainous comrades on Haiti’s pictureseque beaches. In another fascinating maneuver set in 1892, a Black missionary on the Congo River witnesses African overseers parading chained white slaves through the jungle. Another finds Frederic W. Farrar in 1866 London as he presents Social Darwinism and the feebleness of “lower” races” to a diverse gallery of disgusted modern onlookers. It’s wish fulfillment that provides catharsis to the oppressed, and alternative timelines that serve as mirrors held up to tyrants.

A stoic Josh Hartnett figures in all of these timelines. He’s General Thomas Sydney Jesup inciting a massacre against the Seminoles and Maroons in 1863 Florida, and the murderous head of a rubber plantation. “Exterminate All the Brutes” can be highly visceral in depicting these slaughters as they render bloody scalpings and bullets loudly shot through skulls. These sharp reenactments also expose the weakness of the series’ generic animation used to recount the Trail of Tears and the Middle Passage.

To depict how new immigrants were compelled to subjugate others to prove themselves as American, Peck and editor Alexandra Strauss weave together images of Ellis Island arrivals, Scorsese’s “Gangs of the New York,” and the bombastic beats of Jase Harley’s “American Pharaoh.” The comedic tone recedes to a somber rewiring of police body cam footage showing Black deaths, with Peck’s cynical voice bonding the disparate elements.

Other cinematic and pop culture allusions composed with documentary footage offers reminders of Peck’s “I Am Not Your Negro.” Peck also demonstrates the ways media can bend the factual record, showing how Europeans mistook their military superiority for intellectual and biological supremacy and manipulated science for confirmation bias. The Second Amendment’s racist origins are exposed; the commodification of conquering is spelled out.

Peck’s largest point is genocide isn’t a phenomenon confined to Nazi Germany. It has happened across the globe to Jews, Blacks, Muslims, Asians, and the Indigenous, wiping species and civilizations off the earth. In America, white settlers inflicted these violations on Africans and Indigenous people while silencing their suffering. For Peck, the “brute” is anyone who claims superiority over another.

“Exterminate All the Brutes” premieres its first two episodes Wednesday, April 7 at 9 p.m. on HBO. The final two episodes debut the following night at the same time.
Click to expand...