It’s been almost three years since Netflix’s twisted, soapy dramedy about grief, friendship, and concealing murder last aired — so where exactly did we leave off on “Dead to Me?” It’s easier to remember a show once it’s back on our screens, but Liz Feldman’s series is known for throwing viewers into the deep end.

Here’s a quick refresher on “Dead to Me” Seasons 1 and 2, ahead of Season 3’s November 17 premiere.

Jen (Christina Applegate) and Judy (Linda Cardellini) met at a grief support group in the show’s premiere episode. Jen was mourning her husband Ted, who died in a hit and run, and Judy because her fiancee is “gone” and, it turns out, she experienced multiple miscarriages. Grief, anger, and insomnia bond these two women instantly, and they’ve remained comrades and confidantes through some truly insane circumstances.

Jen’s marriage wasn’t perfect. By the last year, they were having intimacy issues that she blames on her preemptive mastectomy, and her husband started an affair with a young woman he met on an online multiplayer game. Judy’s ex might be alive, but he’s not exactly a winner, either. Steve is controlling, emotionally abusive, and cheats on his new girlfriend with Judy (to be fair, she does the same).

By the end of the pilot, viewers learn that Judy’s ex-fiancee is very much alive (and very much played by the criminally underutilized James Marsden) and that she was the one driving the car that killed Jen’s husband. Jen learns this by the end of Season 1 and tells Judy to get out of her life forever because befriending the widow of the man you accidentally killed and moving into his home with his family is actually not appropriate. She’s ready to be done with Judy until…

In the Season 1 finale, Steve confronts Jen at her home. She pulls out a gun, lowers it, and eventually strikes Steve for saying that Jen’s husband would have rather died than stayed married to her. Jen realizes his role in the accident in demanding that Judy keep driving instead of pulling over, calling for help, or admitting the truth to the police. Jen pulls out a gun and tells him to leave, but when she lowers it, Steve gets physical, and their altercation leads to him fatally striking his head and falling into the pool. Jen calls Judy, and the two stash and subsequently dispose of the body, swearing never to tell anyone and struggling to keep their secret safe. 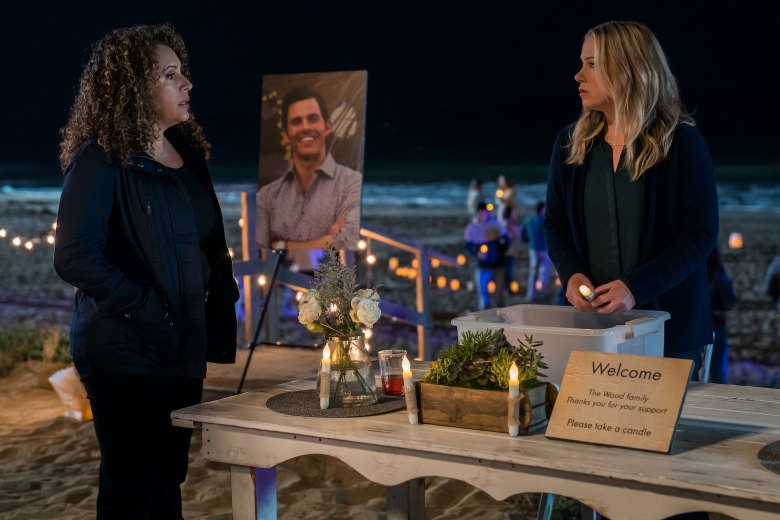 Among Steve’s many virtues, he was money laundering for the Greek mafia until Judy turned him in. This leads to increased police attention on Steve’s disappearance, with investigators believing that he fled or was targeted by the criminals he used to serve.

Mere days after Steve’s death, his face shows up at Jen’s door because he has a twin brother, Ben. Ben is Steve’s opposite in every way; kind, bubbly, emotional, empathetic — and equally handsome — which leads to him and Jen forming a connection that she knows she must resist. And even though his brother wasn’t perfect, Ben is unmoored without him, making both women feel guiltier about what happened.

From the very beginning of “Dead to Me,” officer Ana Perez (Diana-Maria Riva) is on the case to investigate Ted’s death. She’s smart enough to trace it back to Judy and Steve and then links Jen and Judy to Steve’s disappearance, and then things escalate mightily when Judy starts dating Ana’s ex, Michelle (Natalie Morales). As if that’s not enough, Judy also had a relationship with fellow cop Nick (Brandon Scott). By the end of Season 2, Nick and Ana are withholding facts about both murders from each other while trying to ignore their personal entanglements with everyone involved.

Season 2 ends with Ben getting a phone call, only his side of which is heard. Whatever it is gets him out of the house, drinking and behind the wheel. Jen and Judy are driving home at the same time, and the two parties collide at an intersection. Everyone survives, but Ben drives off before they can see each other. And unbeknownst to everyone, Jen’s older son just found the parting letter she wrote Judy when she was planning to turn herself in for Steve’s death. The letter doesn’t say exactly what happened, but it hints at Judy’s role in Ted’s death and Jen wanting to confess “before one more bad thing happens.”

“Dead to Me” Season 3 premieres November 17 on Netflix.
Click to expand...

news ‘Dead to Me’ Finale Puts Friendship at the Forefront