Of course “Enola Holmes 2” opens with a winking epigraph, imploring its audience to approach the sequel with some necessary perspective: “Some of what follows is true. The important parts at least.” Such is the winsome life of Enola Holmes (Millie Bobby Brown), Sherlock Holmes’ kid sister — at least, according to author Nancy Springer’s series of YA novels — and a seasoned detective in her own right. So much of the pleasure of Enola’s perspective is, just that, her perspective, a mostly fresh (and often feminist) twist on the whodunit subgenre that’s enjoying quite a renaissance in recent years. So why does this sequel feel as if it’s pulled back on what made Enola so special in the first place?

The film reunites most of the principal cast and crew of director Harry Bradbeer’s 2020 Netflix feature, “Enola Holmes,” and while that franchise-starter was frisky and fun, its followup rehashes the original’s charms (with wishy-washy results), while expanding elements that required no additional attention. (New additions to the cast David Thewlis and Sharon Duncan-Brewster are both underutilized, but one of them seems set to contribute much more in subsequent installments.)

There are happy exceptions: The sequel spends more time with Enola’s unique mother (Helena Bonham Carter as Eudoria Holmes deserves her beefed-up screen time), the steady progression of affection between Enola and Lord Tewkesbury (Louis Partridge) is sweet, and Brown remains a wonderful fit for the role.

Despite Enola’s desire to escape the shadow of her famous big brother, her own film franchise fails to emerge from Sherlock’s lurking presence; in fact, it’s not at all clear that it’s even the intent. Co-star Henry Cavill makes for a dashing Sherlock and his scenes with Brown are adorable, but too much of the film is preoccupied with diving into his own life and profession (which has plenty of adaptations already, thanks). 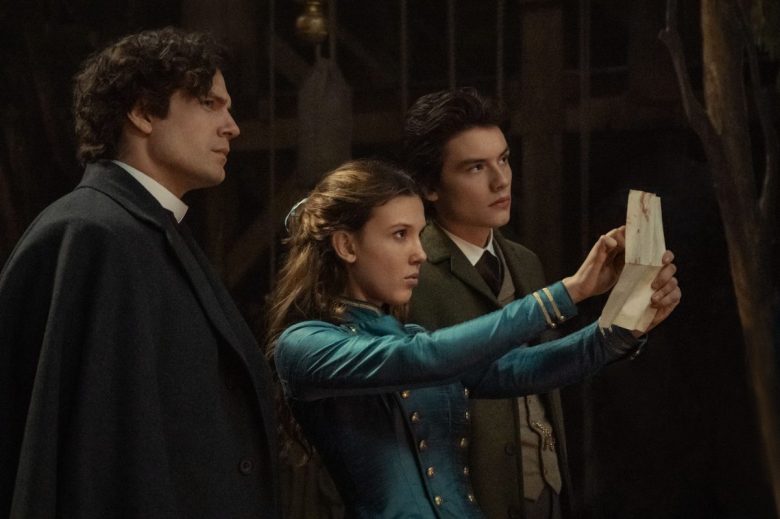 From revealing the identity of Sherlock’s iconic foe (inevitably tied up in the case Enola is trying to crack) to dedicating the film’s sole post-credits scene to a (very cute!) Sherlock subplot, “Enola Holmes 2” balks at going all-in on its plucky heroine. It all feels, dare we say it, pretty damn elementary.

Like the first film, “Enola Holmes 2” hinges on how quickly we take to Enola’s spirited heroine. She’s still prone to both aces decision-making and a barrage of fourth wall-breaking jokes and jabs, but Enola (and Brown herself) have grown up a bit. Since we last saw her, she’s launched her very own detective shop dedicated to finding missing people (she is, as ever, a “finder of lost souls”), but business isn’t great. Chalk it up to cheap would-be clients, her brother’s outsized reputation, and plain old sexism and ageism. (In a flashy montage of recent failures, one potential lead is aghast to find that Enola is a girl, a common theme in her life and work.)

Just as Enola is about to pack it in, a new client arrives: adorable match girl Bessie Chapman (Serrana Su-Ling Bliss), who hopes that Enola might help her find her missing sister Sarah. Soon enough, Enola is going undercover at the local match factory, filled with hard-working young women who are too busy reeling from a long-running typhus outbreak to invest much time in tracking down Sarah. But Enola will not be deterred! 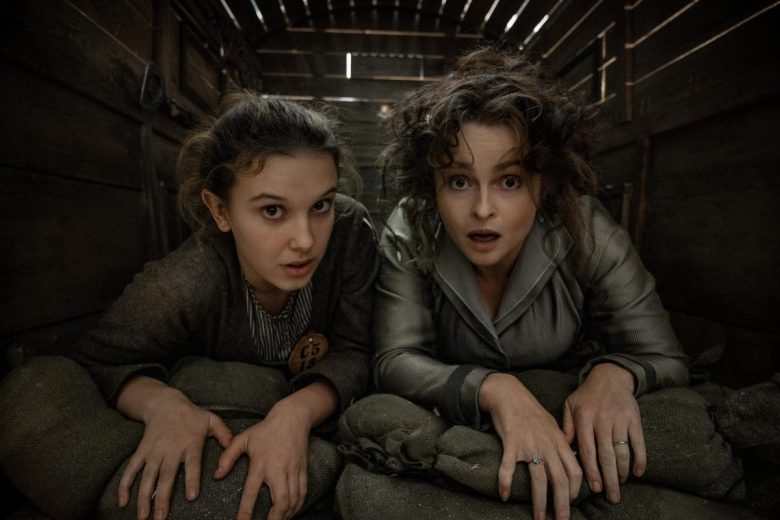 That sounds like enough material for an entire film — even without knowing that Sarah Chapman was a real person who literally ignited major reforms in the matchmaking world. (She really is a perfect subject for an Enola joint.) Then, the film starts to chug through more, and more, and still more material. Like its predecessor, “Enola Holmes” clocks in at over two hours, but while Bradbeer’s first feature was obliged to deliver all the backstory expected from a film clearly designed to kickstart a franchise, “Enola Holmes 2” just feels weighty, bloated, and convoluted. Not at all like Enola.

Much of the joy in this franchise — one aimed at the younger set, but with lots to offer viewers of all ages — is the energy Brown brings to the character. It’s the same sort of energy that Bradbeer excels at bringing to the screen when he’s not distracted by tying up the many loose ends in Jack Thorne’s script. Of course, Enola’s case is going to intersect with Sherlock’s. Of course, Sarah’s disappearance is part of something much greater. Of course, sterling character actors who occupy seemingly small roles aren’t just there for fun. There’s something afoot, and savvy watchers know that and still expect to be charmed in the process. Too often, “Enola Holmes 2” forgets how to do that. Here’s a clue: Get back to basics for the next one.

news Who Really Has the Holly-est, Jolliest Christmas: Hallmark, Lifetime, or Netflix?