There was little suspicion that Jane Campion would not win the Directors Guild of America Award for Outstanding Achievement for Direction of a Theatrical Feature Film for “The Power of the Dog.” Usually at this stage of the game, with the Oscars two weeks away, director Campion’s Golden Globe statuette would have already been followed by more awards that, in this pandemic-delayed year, are still to come: the Critics Choice and BAFTA awards will be handed out on Sunday, March 13, with the PGA next week.

Academy voters will file their ballots between March 17 and 22. Campion follows last year’s winner Chloe Zhao (“Nomadland”) as the third woman to win the DGA award (along with Kathryn Bigelow for “The Hurt Locker”) and the first to be nominated twice, as she is for the Oscar.

When “The Power of the Dog” did not land a SAG Ensemble nomination (but did score three acting nominations, followed by four acting Oscar slots), that opened the way for Sian Heder’s “CODA” to win that award. But the DGA win for “The Power of the Dog” gives it a clear lead in the race for Best Picture and Director. Overwhelmingly, the DGA winner wins the Best Director Oscar. Only eight times in 72 years has that not happened. And more often than not — 55 times — the DGA winner’s movie also wins Best Picture. 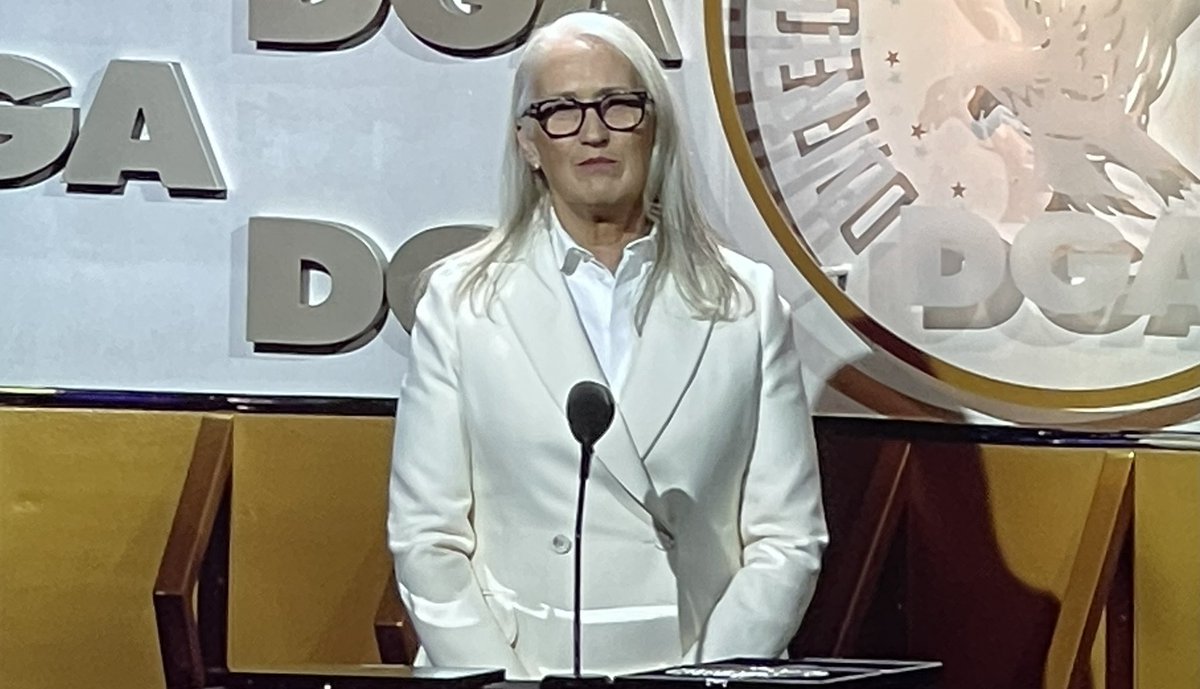 Jane Campion at the DGA Awards.

Each of the five feature nominees at Saturday’s ceremony gave a presentation on their movie as they accepted their DGA medallion, including white-suited Campion, who honored her fellow directors. (She also dissed “The Power of the Dog” naysayer Sam Elliott on the red carpet.) “I remember being the only woman in the room. It’s time to put that behind,” Campion told the Beverly Hilton ballroom.

Accepting her award at the end of a show that lasted over three and a half hours, Campion brought up her Supporting Oscar nominees Jesse Plemons and Kirsten Dunst and thanked her Assistant Director for helping to quell her fears about mounting such a daunting production. “I don’t know how to make a movie,” she told him. Turning to presenter Zhao, she said, “I was so proud of her last year. That’s why I’m here. I care about women and their voices as well. I’m excited by the next generation of filmmakers, Maggie Gyllenhaal made such a gorgeous film.”

Gyllenhaal won the DGA award for Outstanding Directing of a First Feature Film for “The Lost Daughter” (another win for Netflix), accompanied to the event by her longtime DGA member father Stephen. She’ll ask him to sponsor her, along with Steven Spielberg, so she could join the guild. “This is a community I’ve always wanted to be part of,” said Gyllenhaal. “There weren’t a lot of people who came before me. If I had a hockey Jersey I’d have put Jane Campion on it. ‘The Piano’ changed my life.” 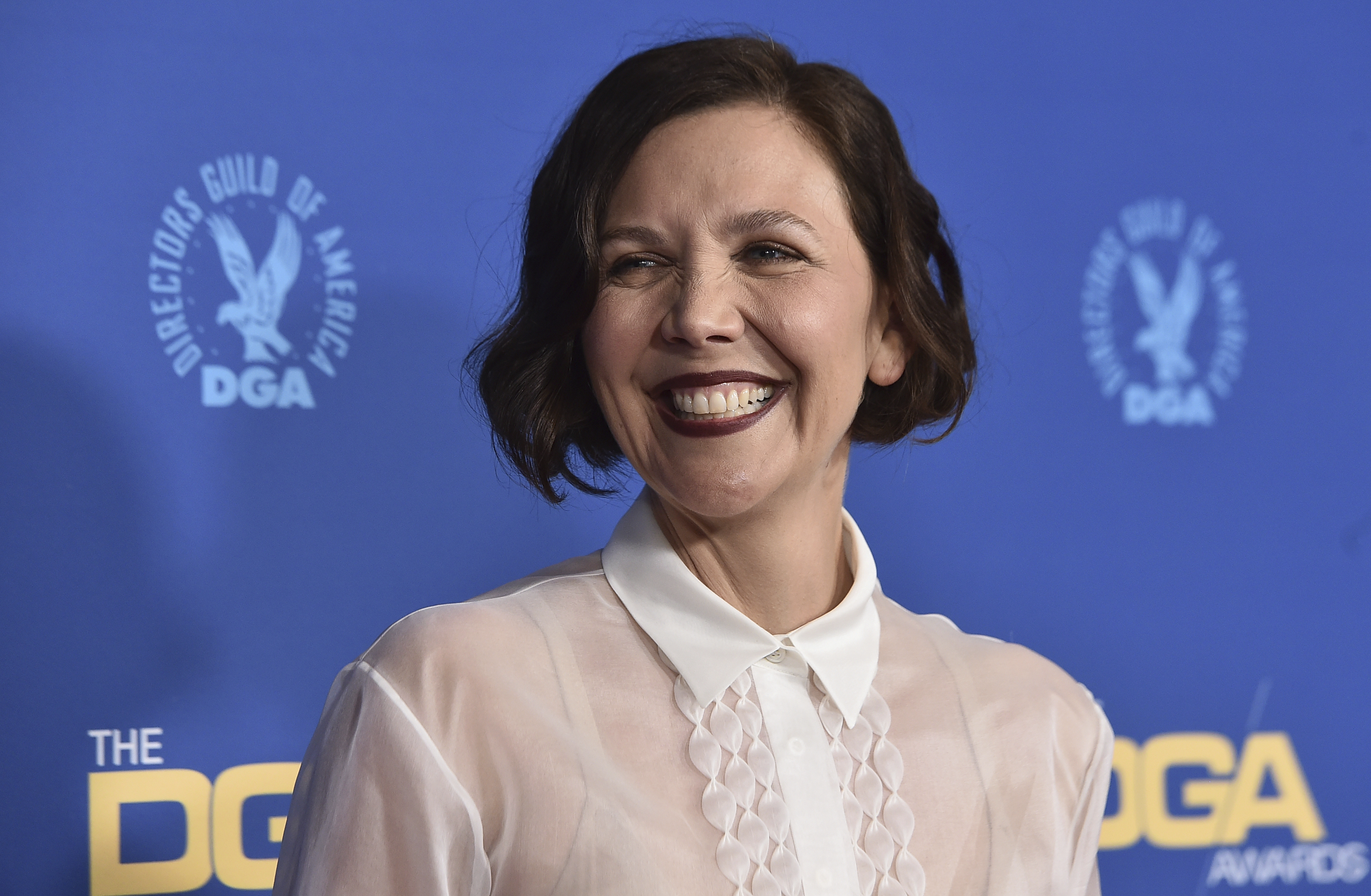 Gyllenhaal is nominated for Best Adapted Screenplay at the Oscars, and her DGA win, along with her three Independent Spirit Awards and USC Scripter Award, supports her cause. The award was previously won by Darius Marder, Alex Garland, Jordan Peele, Bo Burnham, and Alma Har’el. Burnham was in the house again as a nominee for “Bo Burnham: Inside,” but lost to Paul Dugdale for directing special “Adele: One Night Only.”

After Kathryn Bigelow presented the director’s medallion to “Dune” filmmaker Denis Villeneuve, he thanked Spielberg for inspiring a young boy to put his name on his hockey jersey. “After all these years you are still a source of inspiration to me,” he said. At the pre-party, Villeneuve’s producer Herbert W. Gains looked forward to the “Dune” team, with ten Oscar nominations on top of multiple craft honors, no longer being distracted by the awards circuit. “Dune 2” is in full pre-production in Budapest, aiming for a summer start.

Chris Nolan provided a video intro to his “Dunkirk” star Kenneth Branagh (“Belfast”), who participated in the Saturday morning DGA symposium with his fellow nominees before heading off to London for the BAFTAs. In a video message, Branagh recalled joining the DGA in 1990 just before his feature directing debut “Dead Again.” He ordered a DGA backpack and baseball cap that he wears to this day. 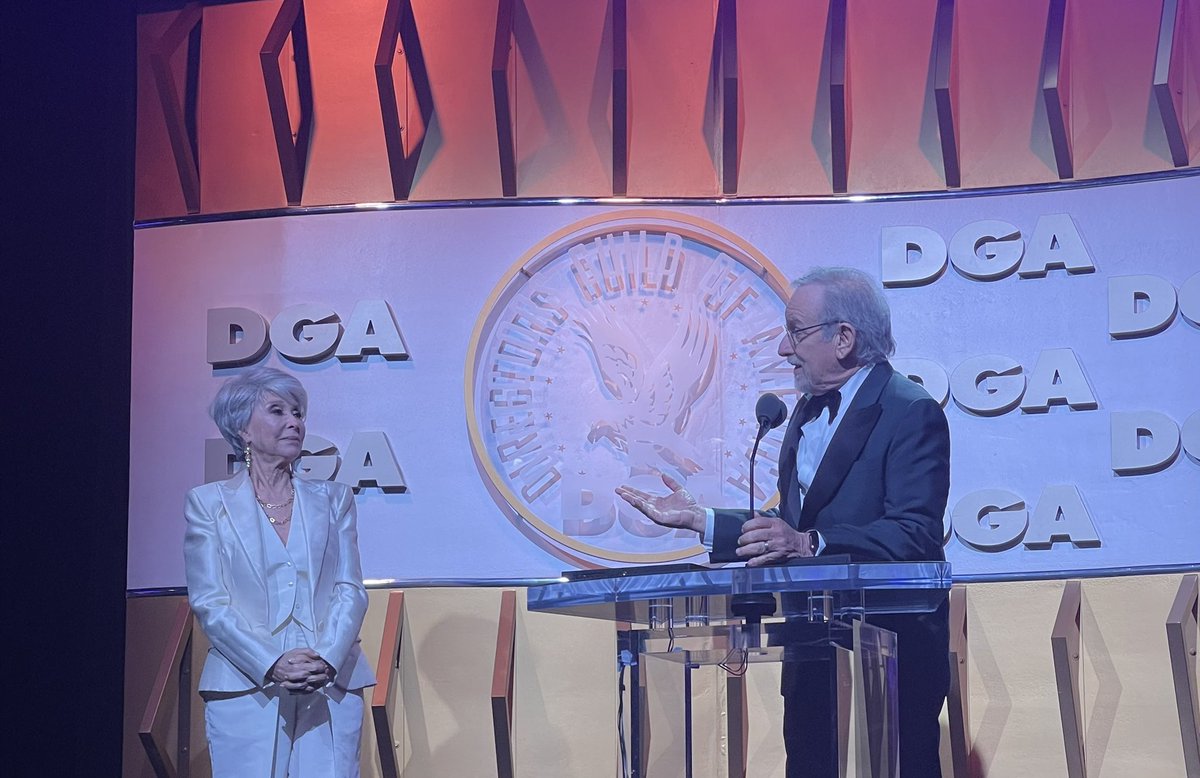 Rita Moreno and Steven Spielberg at the DGA Awards.

“West Side Story” director Spielberg, with 12 DGA nominations behind him, got a heartfelt introduction from 90-year-old Rita Moreno. “We had more to say,” said Spielberg, “with help from Tony Kushner. We went deep with everybody and told a story of today, not 60 years ago. It was scary taking this on, it was terrifying. ‘This is just too dangerous, what if I fuck this up?’ This is my sixth decade as a member of the DGA.”

The DGA Best Documentary winner Stanley Nelson’s eye-popping “Attica” beat out Ahmir “Questlove” Thompson’s “Summer of Soul,” which had been on a winning streak. Both are Oscar nominees. Nelson thanked his co-director Traci Nelson.

Looking ahead, Sunday’s BAFTA race will be less predictive than usual in the directing and acting categories, due to inclusive jury voting that failed to nominate many top Oscar contenders, including homegrown Olivia Colman (“The Lost Daughter”), Kristen Stewart (“Spencer”), Penelope Cruz (“Parallel Mothers”), Nicole Kidman (“Being the Ricardos”) and Spielberg. “The Power of the Dog” and “Belfast” are expected to score multiple BAFTA wins.

Last year, BAFTA Best Film, Actress, and Director winner “Nomadland” went on to win the same Oscar trifecta. Netflix would like to think this means Jane Campion’s “The Power of the Dog” could repeat, subbing in Benedict Cumberbatch for Best Actor. 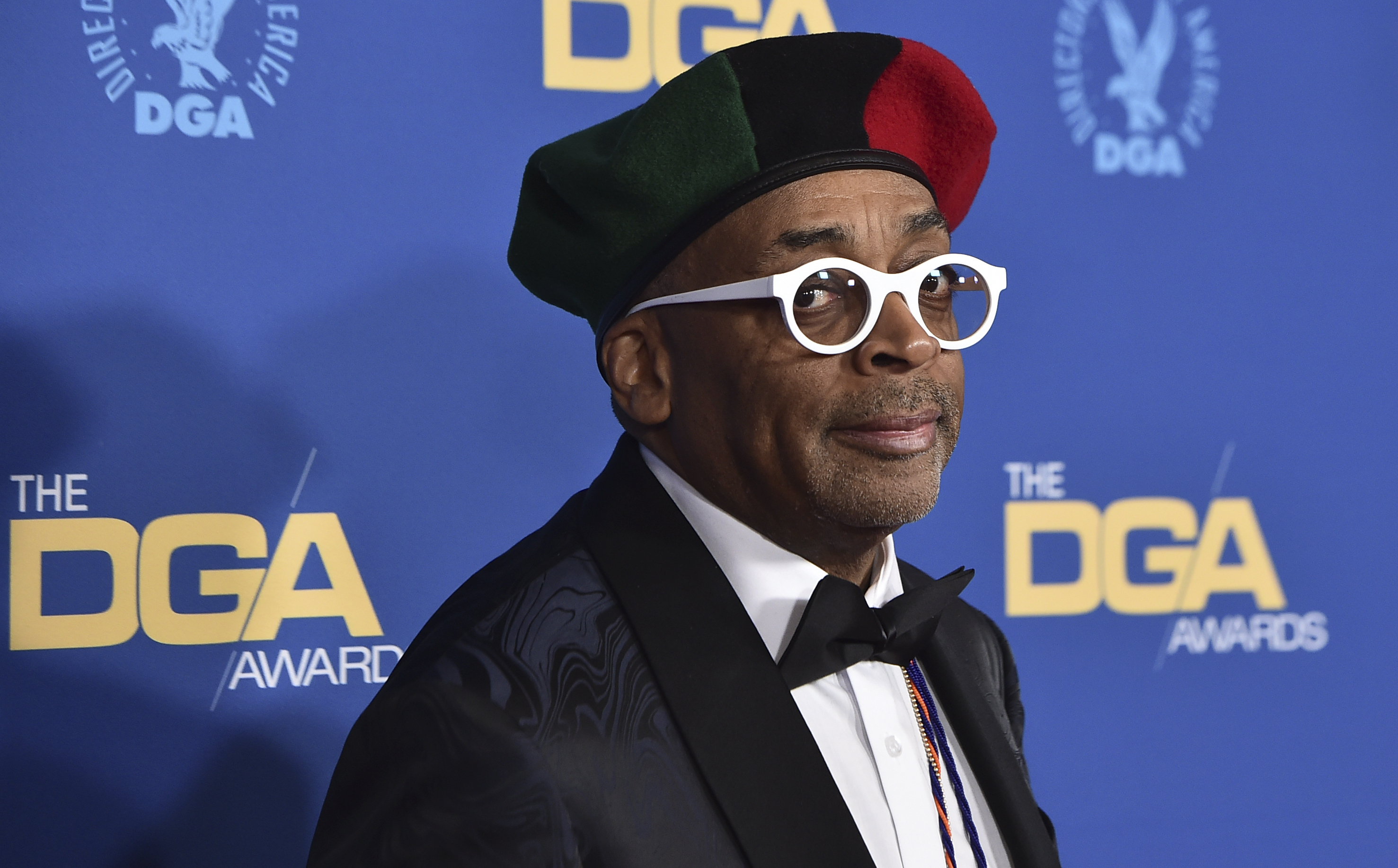 Ernest Dickerson presented to Spike Lee the DGA’s highest honor, the Lifetime Achievement Award in Feature Film, which is selected by the present and past presidents of the Guild. “A kid from Brooklyn? Who would have thunk it?” said Lee, who gave an extended slide show covering the history of his family and much of his filmography. Lee introduced his daughter and his son, and thanked his wife Tonya Lewis Lee for her support. (Her documentary “Aftershock” won the jury prize at Sundance and is screening tonight at SXSW.) And he thanked his grandmother for putting him through Morehouse and NYU Film School and giving him seed money for his first film “She’s Gotta Have It.” Both of his parents loved movies, he said.

news Spirit Awards Give Oscar Bump to ‘The Lost Daughter,’ ‘Summer of Soul,’ and ‘Drive My Car’