Warner Bros. Discovery CEO David Zaslav is open to the idea of more Harry Potter movies. That is, “if we can do something with JK,” Zaslav said on Thursday’s earnings call.

“JK” of course is “Harry Potter” author JK Rowling, who has become controversial for her inflammatory remarks that many have deemed transphobic. Her politically charged Twitter presence has led some of the franchise’s stars to distance themselves from the author. But the WBD boss expressed a willingness in working with Rowling again in the interest of bringing Potter back to the big screen.

“Harry Potter and the Deathly Hallows Pt. 2” opened in theaters in 2011 and the third “Fantastic Beasts” movie (which Rowling wrote) opened this spring, but Zaslav’s comments made it clear that he’s adamant about getting the most out of the studio’s IP. He singled out properties like “Sex and the City,” “Game of Thrones” and “House of the Dragon,” “Batman,” “Aquaman,” “Superman,” and even “Lord of the Rings,” which he clarified they still have the right to make movies about.

“What are the movies that have brands that are understood and loved everywhere in the world? Outside the U.S., in the aggregate, Europe, Latin America, Asia, have about 40 percent of the theaters that we have here in the U.S., and there’s local content,” he explained. “So when you have a franchise movie, you can often make two to three times the amount of money that you can make in the U.S. because you get a slot, and the focus on big movies, the tentpoles that people love and people are going to leave home and go to dinner early to go to see, and we have a lot of them.” 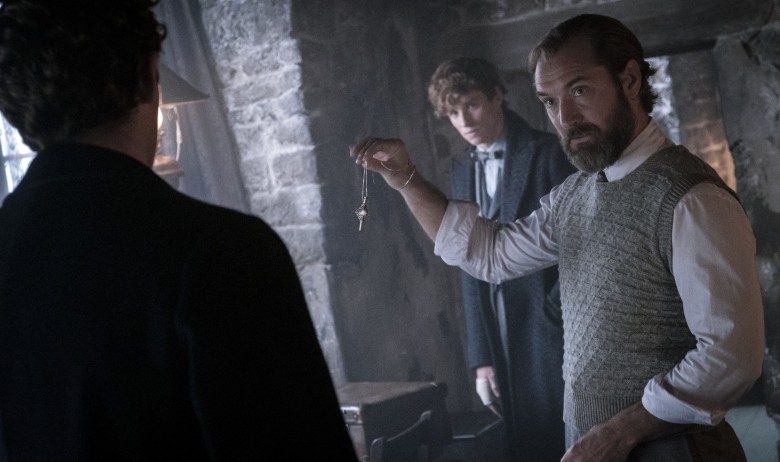 “Fantastic Beasts: The Secrets of Dumbledore”

The latest film in the “Fantastic Beasts” franchise, this year’s “The Secrets of Dumbledore,” was the lowest grossing “Wizarding World” title yet, pulling in just $405 million worldwide. And as franchise star Eddie Redmayne recently told IndieWire, it remains unclear whether we’ll ever see the originally planned fourth and fifth films in the series or what Rowling’s involvement would be with them.

Zaslav’s remarks about the future of the Harry Potter movies and other franchises came during a rough earnings call for the company, which posted an operating loss of $2.4 billion for its fiscal third quarter. Though he also used the time to defend the many write offs that have irked some fans and creators in recent months, arguing that WBD “didn’t take one show off the platform that was going to help us in anyway.”

“We can now invest in the knowledge of what is working, has a chance to be more successful, and we can reallocate the capital,” he said. “How do we deploy that capital in a way to get real value and get the content that’s not working off?”

Rowling has been vocal about her views about trans people, previously saying that people should be defined by their biological sex. “If sex isn’t real, there’s no same-sex attraction,” she said in 2020. Rowling then briefly quit Twitter due to the backlash before sharing an essay elaborating on her views and tweeting it out with the caption, “TERF wars.” TERF stands for trans-exclusionary radical feminist and is used as a term to describe feminists who are transphobic.

Those remarks led “Harry Potter” cast members including Daniel Radcliffe, Emma Watson, and Rupert Grint to issue statements in June 2020 in support of the trans community. Warner Bros., the studio behind the “Harry Potter” films, later issued a response to Rowling’s stance promoting inclusion, and Rowling did not participate in a Harry Potter reunion special that aired on HBO Max. Radcliffe while promoting “WEIRD: The Al Yankovic” story told IndieWire this week about how he felt the need in 2020 to write an open letter in support of transgender people, particularly those trans fans who have felt seen by Rowling’s books.
Click to expand...