‘Council of Dads’ Review: NBC Tries to Recreate ‘This Is Us’ Magic With Uneven Results

Staff Member
When Bruce Feiler was diagnosed with a rare form of cancer in his early forties, the author and television personality concocted a creative plan to ensure that his young twin daughters would grow up with all the love and wisdom he wanted to share with them, care of a “council of dads” who would step in should he pass away. Feiler then assembled a six-man council to do just that, tapped to pick up the slack after Feiler’s passing and guide his kiddos through a tough time with love and care. Feiler never had to activate his so-called council, though he did write a bestselling book about the scheme, and it eventually spawned Joan Rater and Tony Phelan’s gentle if scattershot NBC drama “Council of Dads.”

Like NBC’s other tearjerking family drama “This Is Us” — there’s certainly no coincidence that the pilot of “Council of Dads” is premiering after an enviable lead-in by the network standout — “Council of Dads” tracks a thoroughly modern family as they attempt to find their way through emotional upheavals. Essentially operating as a prologue to the rest of the first season, the pilot (the only episode made available to critics before the show’s debut) spans a year in the life of the Perry family, kicking off the shocking diagnosis of patriarch Scott (a charming Tom Everett Scott) and setting the stage for what’s to come.

From the show’s opening moments, the Perry family offers a heartening glimpse at a contemporary family whose issues — and intrigues — will likely extend far beyond the storyline that forms its spine. A blended clan that includes Scott’s doctor wife Robin (Sarah Wayne Callies, a solid pick), his first child (Michele Weaver as Luly, who narrates the series), Scott and Robin’s biological kids Theo (Emjay Anthony) and JJ (Blue Chapman), plus their adopted daughter Charlotte (Thalia Tran), “Council of Dads” puts forth its concept of the new nuclear family with early ease, underscoring why Scott’s eventual plan might not be so hard for them to swallow. (A later twist to the makeup of the family is far less elegantly delivered, and seems engineered to add another wrinkle to a story that grows more convoluted by the minute.)

Hopping between family members during the first year of Scott’s diagnosis seems like a smart enough idea on first blush, but even with an hourlong show to work with, “Council of Dads” leaves many of its characters out in the cold while digging deeper into (somehow) already stale storylines for others. Both Charlotte and JJ seem to have plenty to offer, but “Council of Dads” cedes precious screen time to a blossoming (and boring) romance for Luly (who already appeared to have yet another subplot to keep her ticking along, in the form of her misbegotten writing career) and only the briefest of moments with a potently pissed off Theo. 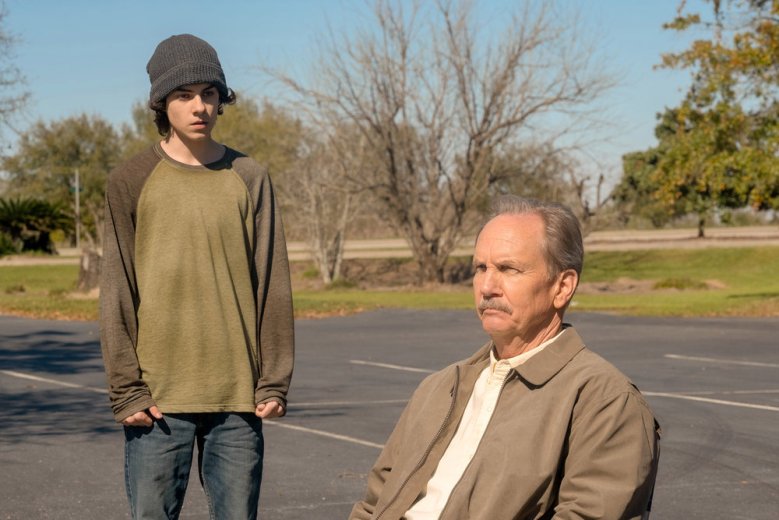 He’s not the only character who gets to dabble with what will (hopefully) become a greater portion of the show’s drama: the terrible, unpredictable messiness of grief; not just a series of steps to be endured, but a cycle that never quite stops even when bolstered by shiny happy people and a peppy soundtrack. Robin — who will surely be tasked with holding this family together — makes off with one wrenching sequence in which she blames herself for not finding her husband’s cancer earlier; but is treated as something of an afterthought, although there are hints that she’ll get more chances to cut loose.

More intriguing is what will become of the titular council of dads, here cut down to just three members, all of which are clumsily introduced to an already overstuffed hour of television. In some ways, however, that rockiness befits the story at hand, thrusting three very different men inside a vibrant family that operates on its own wavelengths and must suddenly contend with all sorts of interlopers. Michael O’Neill shines as the gruff Larry, whose bond with Scott is only revealed later, while longtime friends Oliver (J. August Richards) and Anthony (Clive Standen) must reconsider how they fit inside the Perry clan without Scott.

At once wholly predictable and oddly given over to needless twists (three big ones unfold in the pilot’s final act, with varying degrees of success), “Council of Dads” might not be breaking much new ground, but its built on a concept rife with possibilities. Its talented cast is another ace up its sleeve, but even with hour-long episodes to fill, attention will have to be paid to each key character and their (essential only, please) storylines to ensure the show meets its most basic of goals: love and care for what really matters.