This post appears to be getting a lot of (assumingly outside) attention. So here are links to the new cameras:

Adorama doesn't charge your card a dime until they ship. They don't even pre-authorize it. In fact, the Personal Cinema Camera product information page at Adorama says explicitly, "We do not charge your card until actually ship the item to you."

Their grammar may not be the best, but you get the idea

Well damn..see I called them both and they stated that they put the money on hold and if you don't have the funds in the account you can't pre-order. Or else I would have ordered from them. Is HOTROD CAMERAS still a reliable dealer? If anyone's delt with them before
Upvote 0 Downvote

John Brawley, in another forum I read, just posts this picture of the pocket cam. I asked if he had any new footage he was releasing. Said he'd been shooting with it, but nothing to release yet. This photo is the pocket cam with hotrod pl mount, and zeiss ultra speed 6mm s16 lens. 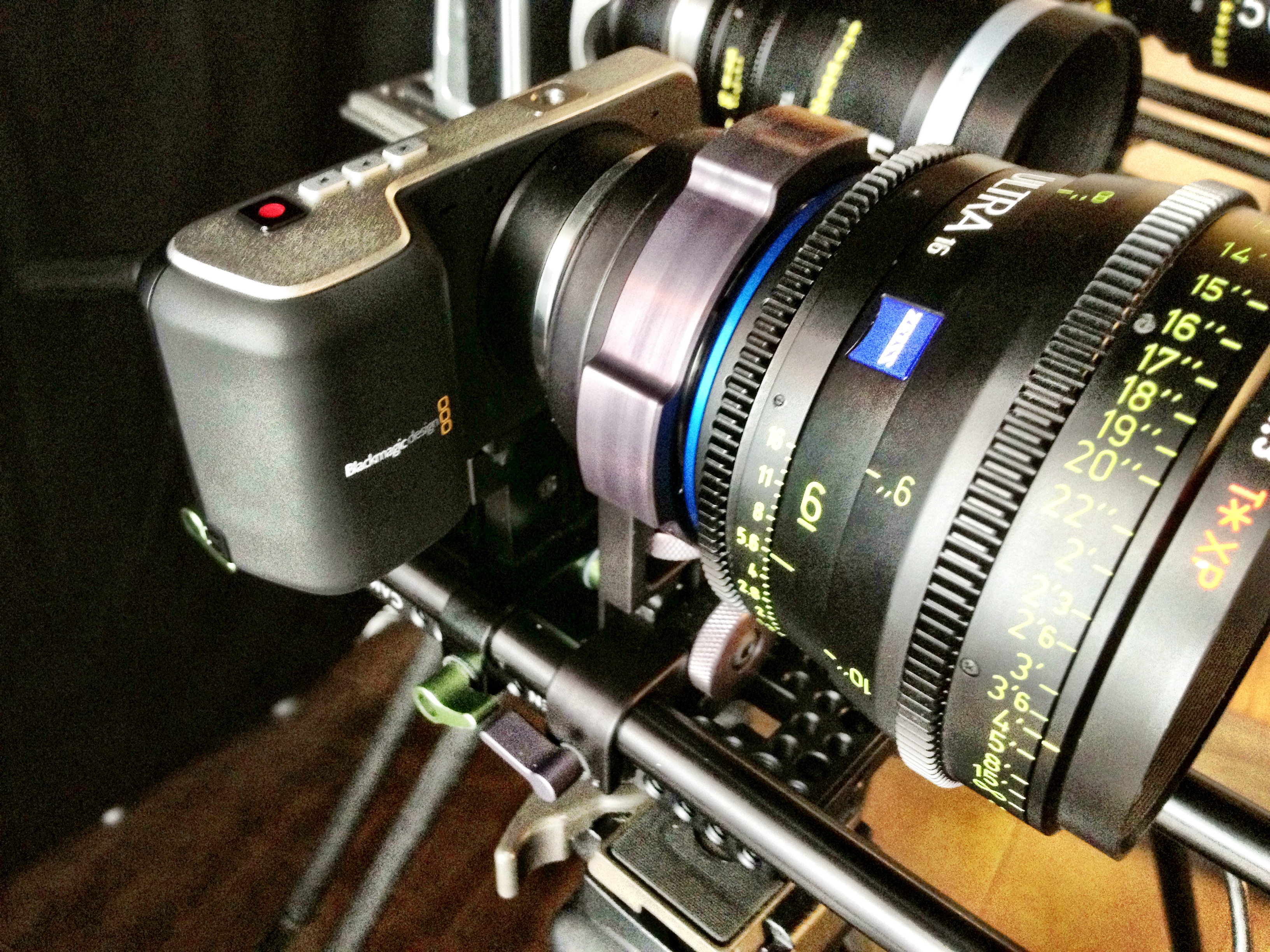 On the same forum, and in another thread, asking about the user manual for the pocket camera, John just posted this.....

The software is basically the same. There aren't any differences aside from two new features that have just been added in the last few days.

The other is a more accurate battery indicator. Eventually these two new features should make it across to the other cameras so they'll be uniform.

So of course I asked to clarify if by AF, he means auto focus?

John just replied to my inquiry, with a yes to auto focus, and posted another picture of the rear display. I don't know if I'm allowed to post links to other forums, but if you are interested in where this is, feel free to message me and I'll shoot you a link.
Last edited: Jul 14, 2013
Upvote 0 Downvote

That's an Arri/Zeiss Ultra 16 mounted in that photo

It's a 6mm lens, which would give you ~12mm in S35 equivalent, so rather wide.
Upvote 0 Downvote

jax_rox said:
That's an Arri/Zeiss Ultra 16 mounted in that photo

On a side note, I was able to ask John Brawley, over in another forum, if he was able to comment on RAW.

Has anyone seen anything from the global shutter camera?
Upvote 0 Downvote

I'm sorry if someone has previously mentioned but I was curious to know what it's effective sensor size would be compared to full frame? Like how the crop factor is 1.6 with EF-S lens
Upvote 0 Downvote

MileCreations said:
I'm sorry if someone has previously mentioned but I was curious to know what it's effective sensor size would be compared to full frame? Like how the crop factor is 1.6 with EF-S lens
Click to expand...

(EF S and APS C are the same size, I accidently wrote EF S which is what canon calls there's afaik)
Upvote 0 Downvote

APS-C is 1.6x crop factor, yes. EF-S is the lens mounting system that Canon uses for their APS-C crop sensor cameras and lenses.

But as I've said in the past, crop factor really doesn't mean anything and the only reason the term was invented is so those who were used to shooting 35mm stills film would know how their lenses would look on different cameras.

If you haven't spent your time shooting 35mm stills film, then it really doesn't mean anything. I'm used to and work almost exclusively with S35mm or similar sensor sizes, so as far as I'm concerned a 50mm looks as it does on a S35 sensor, and if I put it on a 5D or similar for the rare times I have to shoot on a 5D, I simply consider it as looking wider, rather than considering everything else as it looking tighter.

On 16 lenses vs 35 lenses - a 25mm on a S16 camera will give you the same field of view as a 50mm on a 35mm lens. However, your DOF characteristics etc. will be the same as a 25mm, which is why S16 has always inherently deeper DOF, even though you could technically frame up two almost identical frames on each camera.

In the world of film, S16 is a lot more grainy than 35mm, but of course in the world of digital that's not necessarily the case.
Last edited: Aug 20, 2013
Upvote 0 Downvote
B

I curate one of the Pocket Cinema Camera groups over on Vimeo and we're starting to see some narratives. Nice to see people putting the DR and gradeability to tell stories with this little camera:

I downloaded and installed this morning. Brought my camera to work. Hopefully I'll get a little downtime this afternoon to film a few min.

This is exciting. The other week adobe updated premiere CC to allow native editing of raw footage. So now I'll be able to edit it without creating proxies.
Upvote 0 Downvote
B

Shooters are already posting some awesome 12 bit RAW footage from the BMPCC:

Shooting a music video on it this weekend. Will post thoughts and hopefully some footage when I get a chance.
Upvote 0 Downvote

jax_rox said:
Shooting a music video on it this weekend. Will post thoughts and hopefully some footage when I get a chance.
Click to expand...