news ‘Black Widow’ Tells the Future: The Theatrical Experience Is Only One of Many

Now that almost all U.S. theaters will soon be open for business, Warner Bros. and Disney are making commitments to their 2021-2022 release calendar. With that, the two studios responsible for 50 percent of the domestic box office have made it official: The new normal is here, and it’s one in which theaters are just one platform among many.

U.K.-based Cineworld, which operates Regal in the U.S. and is the #2 exhibitor worldwide, announced a multi-year deal in which it will play Warner Bros. titles with a 45-day theatrical exclusive. That starts in 2022; in the meantime, it will play Warners movies day-and-date with HBO Max.

Disney moved “Black Widow” off May 7 in favor of July 9, and announced that both the Marvel movie and “Cruella” (still on May 28) will be available simultaneously in theaters and on Disney+ as “Premier Access” titles (aka a subscriber sucharge, usually $29.99). Pixar’s “Luca” will debut on Disney+, with no theatrical play in the U.S.

Cineworld CEO Mooky Greidinger made a point of sounding upbeat about the Warners deal (“a great moment for us”), but these announcements tell exhibitors that the future of box office is one of decline. Sure, studios still want to play theaters, but not at the expense of their own bottom lines. The pandemic gave them the opportunity see what it was like to work with shorter windows and to prioritize their own platforms. Survey says: They like it a lot.

Once a studio sets a window with a major exhibitor, it applies to all theaters. That makes the Warner Bros. decision to allow a 45-day window good news; many observers guessed that the new standard window might be 30 days. It’s substantially longer than Universal’s deal for 14-31 days before PVOD. Paramount’s window is 30-45 days before Paramount+ play. Pre-pandemic, films could move to PVOD 70-75 days after release; VOD was 90 days.

For Disney, moving the “Black Widow” date relates to COVID concerns: Europe, which faces another surge in cases, lags behind the U.S. in vaccinations and British theaters are closed until May 17. However, two major summer titles now have concurrent play on Disney+ and “Luca” will skip theaters altogether.

This is terrible for theaters. It shows Disney was not only unwilling to see how “Black Widow” would perform as a theatrical exclusive, but it also would forego theatrical income on “Luca” to boost Disney+. It did the same for “Soul,” but Christmas was in a much more challenging time for theater attendance.

While Disney announced other date changes through 2022, there was no mention of theatrical exclusivity for Marvel’s “Eternals” or animated release “Shang-Chi and the Legend of the Ten Rings.” Exhibition sources aren’t assuming they will be exclusive. (Disney didn’t respond to an inquiry.)

Disney, which holds 40 percent of the domestic market and more than half overseas, appears to have dictated rather than negotiated its terms. These shifts suggest that while it still values the theatrical experience, corporate priorities lie with home play. (Of note: Marvel’s “WandaVision” and “The Falcon and the Winter Soldier” currently enjoy pop-culture dominance via Disney+.) 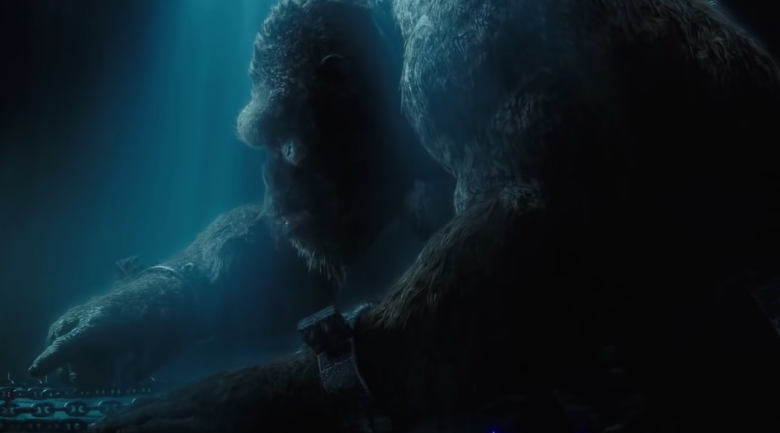 The future remains a work in progress. Warners’ “Godzilla vs. Kong” is highly anticipated and will determine much about audience appetite for theaters, especially since it will also be available on HBO Max. It remains to be seen how Cinemark will respond to Disney going forward; already, it is not playing Disney’s “Raya and the Lost Dragon” over a film rental terms dispute. Regal also needs to make a deal with Disney; it would appear the choice is either agreeing or not playing.

If both Regal and Cinemark refuse to play Disney movies, a significant number of potential ticket buyers would have to become Disney+ subscribers and pay the surcharge — or join Disney+ and wait until the films join the lineup. All paths lead to Disney, especially with Marvel series .

For Warners, we don’t know if it retains the right to release some films day and date with HBO Max, with Regal choosing not to play them. There’s also the possibility that Warners could choose to release fewer films in theaters, with more debuting on HBO Max.

Getting all theaters reopen, and playing major films, is a huge step. It doesn’t change what theaters need for long-term health: a full slate of exclusive films. We’ll likely see market shifts as some theaters close permanently and business shifts to survivors, but that’s unlikely to make up the difference. Many films have alternative platforms for 2021, and beyond; some top titles will skip theaters altogether. Odds are this will result in a confused public that believes it can see current movies at home.
Click to expand...

news ‘Black Widow’ Release Date: Here’s Why Disney Could Change Its Mind About May 7