If you don’t know where you are, you’ll never realize if you’re in too deep. As “Better Call Saul” continues to creep forward, many of the people at its center are trying to extricate themselves from bad situations.

In “Dedicado a Max” — as Season 5 arrives at its halfway point — characters are experiencing both metaphorical and physical remove from where they want to be. Where some episodes so far this season have put people who are adrift in the spotlight, this one thrives on giving each one of them a renewed mission.

It picks up pretty much where “Namaste” left off, with Mike questioning whoever he can on Gus’ out-of-the-way compound to figure out where he is and why he’s there. Still nursing a stab wound to the gut, it’s only after the good (see: ethically compromised) doc Barry Goodman intercepts him on his getaway trudge that Mike decides to stay in one place. (Whether it was Gus or Barry’s call, good for them for being on the cutting edge of the Minicar curve, especially at a time when the battery capacity of a ride like that wasn’t much more than Mike’s dead LG flip phone.)

Even when he’s confined to his corner of Gus’ remote base, Mike still has something to do. There’s the usual seething and sneering, but that slow accumulation of details (including for the audience, the fountain dedication to Gus’ late partner) and some amateur electronics repair work means that his frustration is coming from the sense of being impeded rather than ignored. 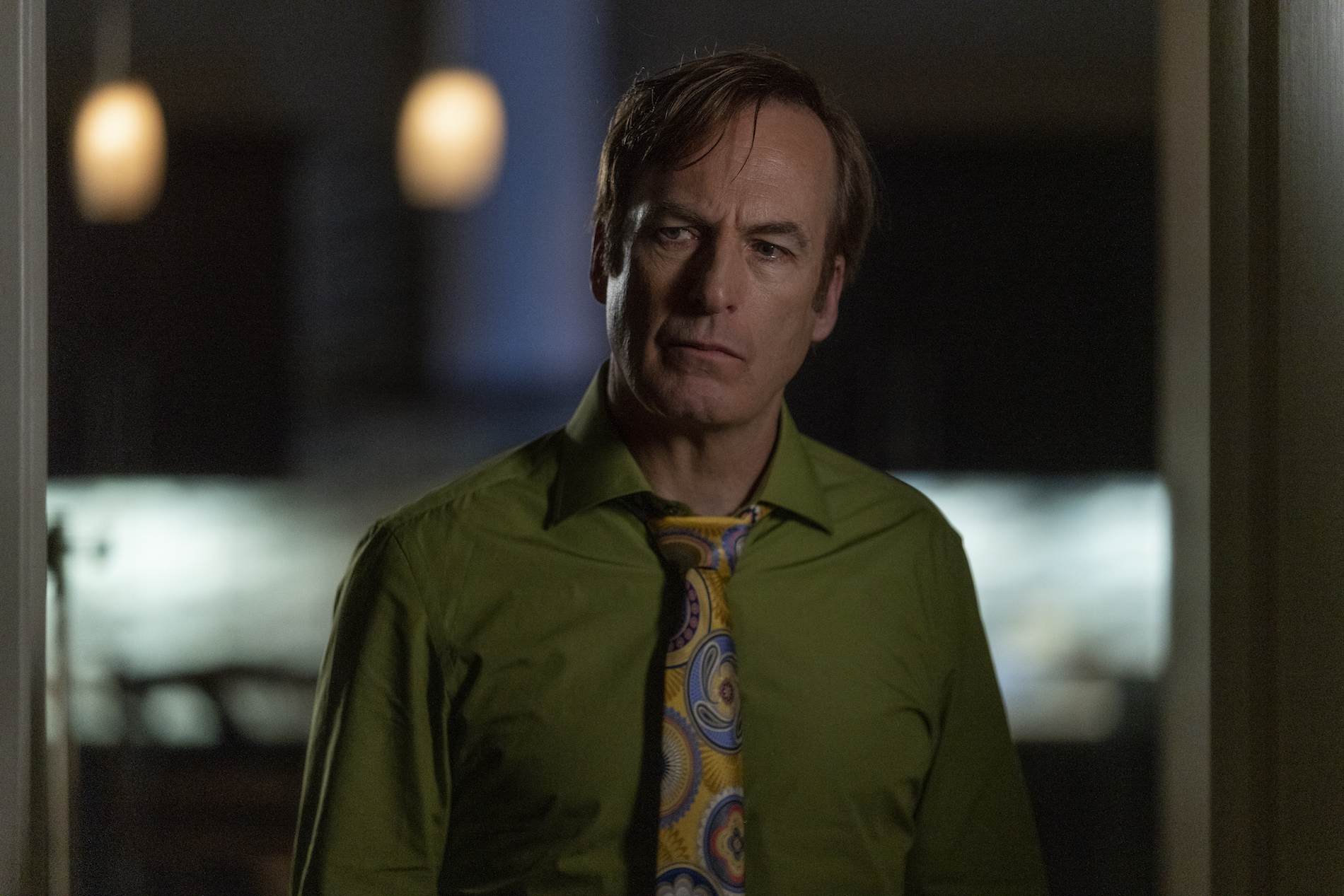 When not following the daily blow-by-blow of Mike’s windowsill repair job, “Dedicado a Max” gives Kim and Jimmy full attention. After the magic relationship-healing powers of their late-night longneck long toss session, these two are close to being simpatico once again. Watching Rhea Seehorn tap into Kim’s goofier side and channel Mesa Verde boss Kevin Wachtell as Bob Odenkirk does a minimal take on Seehorn is the kind of multi-level delight that the show often finds when it can follow its own path.

In an episode that’s able to do its obligatory dot-connecting in quick fashion, that wonderful bit of roleplay and the successive bits of construction-delaying subterfuge that Jimmy wheels out each day are both precise and playful at the same time. Though it’s not as bold as the bowling ball introduction last week, it’s fascinating to see the internal one-upmanship happening with Jimmy’s various schemes. It’s not that the show is trying to find the most bizarre ways to introduce items into the apartment out of context. But there’s a certain kind of satisfaction that comes from seeing Jimmy do something like take a hammer to a bagged, fragile object and know it will be relevant soon, but have no idea how.

As far as Kim’s main dilemma this episode, you could make an argument that she’s already had a handful of points of no return this season alone, not to mention the times she’s skated legality in her and Jimmy’s various assumed-identity adventures in the past. Her multi-episode effort to spare Everett Acker’s property and nudge Mesa Verde toward an alternate location for the call center hits its biggest snag yet here. It’s not just that the powers that be — namely Kevin — are remaining defiant in the face of a possible perceived defeat. It’s that Wachtell and Richard Schweikart are starting to sniff out Kim’s motives. Time will tell if Kim’s office outburst at Schweikart is a helpful bit of paper trail leaving that she can use to defend herself at a later point. Either way, it’s another one of her temporary solutions that seem to sprout two new problems.

In an attempt to stave off boredom, guilt, her complicity in corporate overreach, or some blend of all three, Kim’s been trying to play both sides for quite a while. Just as she’s sacrificed the use of her right arm in pursuit of completing her workload, she’s indulged any number of Jimmy’s actions that would implicate her, however indirectly. Yes, she’s someone who has clawed her way through the attorney ranks to get to the point where the CEO of a massive regional bank would be fighting to keep her services. But, however she arrived at that conclusion, fighting for Everett seems to have become her breaking point. 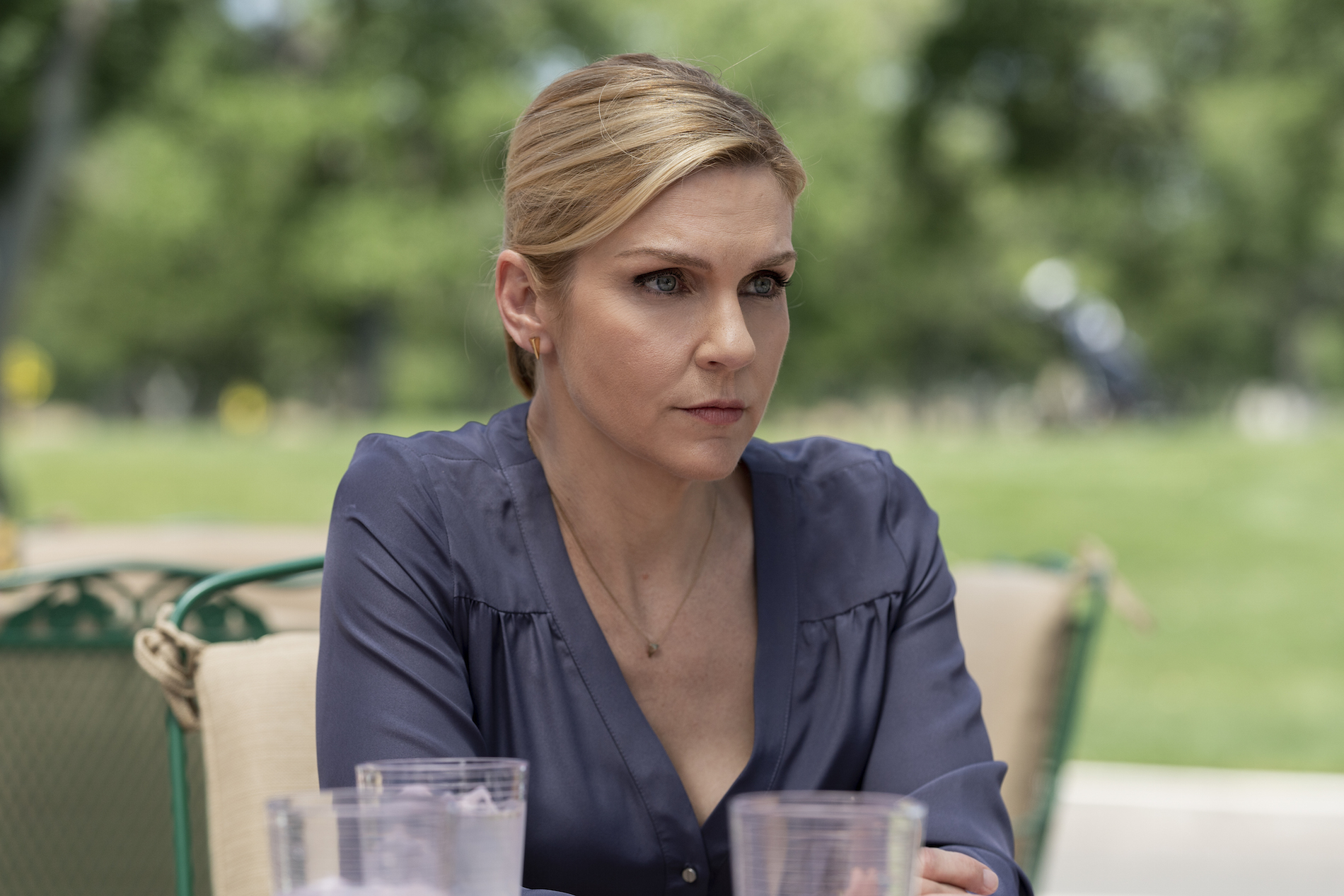 When Jimmy offers Kim the chance to bring in some less-than-reputable help for a Wachtell oppo dump, it’s surprising how quickly she agrees to it, but it’s not shocking. She’s in for the same reason that she’s in with Jimmy. If she has stuck with someone who’s both a merry prankster and the Robin Hood of the Albuquerque criminal justice system in his own warped way, Kim was always going to side with taking down the big guy when that breaking point came. After all, with a beer at the ready to lock in their idea, you get the feeling Jimmy knew she was going to say yes, too.

Lest the show make the argument that this couple is 100% aligned, Kim pacing before the meeting in the nail salon shows that while she’s with Jimmy in the abstract, he’s still far more comfortable with the actual particulars. That dossier dropoff serves as a convenient, shared line in the sand for Kim and Jimmy. The latter is more willing to skirt the penal code for his own purposes, but even he draws the line just beyond property damage, before anyone actually gets hurt. (Given the show’s ability to use jokes as a harbinger for the doom right around the corner, Kevin Wachtell’s safety doesn’t seem great right now. It is not out of the realm of possibility that this season culminates with a Kevin kidnapping scheme initiated without Kim and Jimmy’s consent.)

And in an episode about purpose, it only makes sense that Gus arrives to deliver a parting line in a single word: “Revenge.” As the other core figures in “Better Call Saul” are all going through crises writ large and small, Gus is essentially the one fixed point. It’s not that he’s unchanging — watching him oscillate between kindly fried chicken manager and ruthless meth kingpin is the central hook of his character. From a story standpoint, Gus’ value continues to be in how he refracts the people around him. Part of the minor frustration of Season 5 of “Better Call Saul” has been seeing Mike stuck with nowhere to go and nowhere to be written. Even as we know that he ends up taking up Gus’ renewed offer, it’s nice to see Mike get some sense of fulfillment by fixing a windowsill even before he agrees to be “a soldier.”

So “Dedicado a Max” may not have the tense shootout or a bender montage or time-lapse footage of ants crawling over ice cream. It’s short on fireworks, but long on the everlasting currency of “Better Call Saul”: purpose. If there was ever a point where the trajectories of Jimmy or Kim or Mike or Gus (or Nacho or Lalo, for that matter, however absent they are here) where on a parabola, they’ve passed the point where they could hang in the air and hope to be spared from the coming crash. They’re all on their way down — all that’s left is to see how well everyone braces for impact.