​
It’s been a little more than 25 years since the CG breakthrough of “Toy Story,” and Pixar still continues developing new animation tech. And that includes utilizing its vaunted shorts program as a training ground for testing new techniques and launching new directing careers. But, with the recent launch of the more indie-minded SparkShorts program (including the Oscar-nominated “Kitbull”), artists are freer to experiment with different formats and more personal, socially-conscious storytelling.

This Oscar season, two SparkShorts landed spots on the shortlist for Best Animated Short: “Out,” about a man whose accidental body-swap with his dog helps him come out to his parents, and “Burrow,” an adorable and lovely 2D work about a rabbit who dreams of building a cozy home below ground but then runs into a logistical nightmare.

The two shorts hail from creators at different ends of the Pixar spectrum: Steven Clay Hunter, a veteran animator whose credits range from “A Bug’s Life” all the way up to “Soul”; and Madeline Sharafian, a crackerjack young story artist with a unique style who worked on “Coco.” Both made their Pixar directorial debuts through SparkShorts (which stream on Disney+). 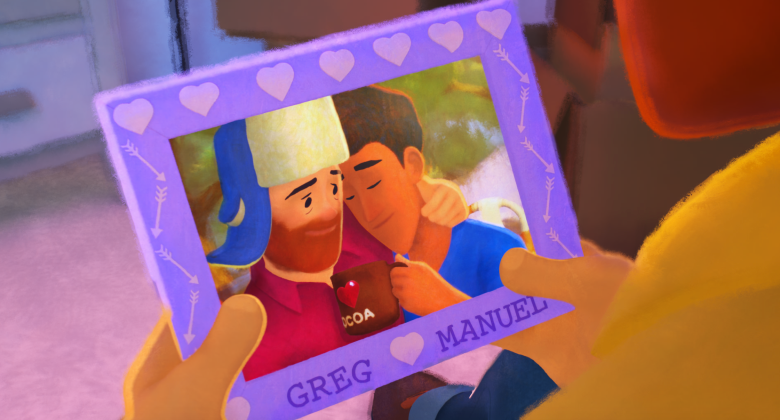 When Hunter got the opportunity to write his own film, he knew it had to be about coming out. “I didn’t come out until I was 27. I’m 51 now. So that’s half my life I spent trying to be something I wasn’t,” Hunter said. “That was the thing I just felt like, ‘I just got to talk about this.'”

“Out” begins and ends with a magical talking cat setting the stage for the wacky domestic comedy, which involves lumberjack Greg packing up to move in with his partner, Manuel, and then switching places with his dog. While Gigi the Cat (voiced by legendary San Francisco drag performer Matthew Martin) helped introduce the fantastical element of the premise, Hunter said he imagined him as the Rod Serling of a gay “Twilight Zone” series who could set up other queer stories in the future.

While Pixar introduced its first gay character in last year’s “Onward” (Lena Waithe’s cop, Specter), “Out” marks Pixar’s first gay protagonist. Not only did “Out” represent a narrative leap for Pixar, but also Hunter and and his team got creative with the animation techniques as well.

“Visually it diverts a little bit from what people are used to seeing in Pixar films,” said producer Max Sachar. “Growing up, Steve always talked about the little Disney Golden Books and how they have this painted feel. So how can we create a moving painting?”

By design, SparkShorts operate on very limited time and budget. Thus, the team leveraged assets from the Pixar catalogue, including moving boxes and character builds from “Toy Story,” but painted over the CG to give “Out” a 2D painting-like quality. Another challenge was to unify the various looks into one universe, which was achieved through the VFX compositing software, Nuke, to get the desired painted feel.

“One of the things we did was to flat shade it,” said Hunter. “So there’s no shading, no shadowing or anything like that. Just flat color and we could animate that. It was like, ‘Okay, well that’s compelling.’ Then how do you take that and put it into a film language?”

“We don’t have a lot of time, we’ve got six months to make this thing. So we don’t have all the rendering resources, we don’t have all the intricate detail and polish that we might be used to,” added Sachar. “So how can we create that perfect marriage of design and efficiency to make it look and feel compelling, but also allow us to finish it?”

The freedom to play with the visuals is liberating, and the experimental nature of the SparkShorts process often leads to innovations that will appear in Pixar features down the line.

“You can do something out of left field,” Sachar said. “there might be a feature that’s a few years down the road that’s kind of looking at what you’re doing saying, ‘Wow, that is really compelling. I think there’s a way we would love to fold that into a portion of our film,’ and we’re seeing that.” 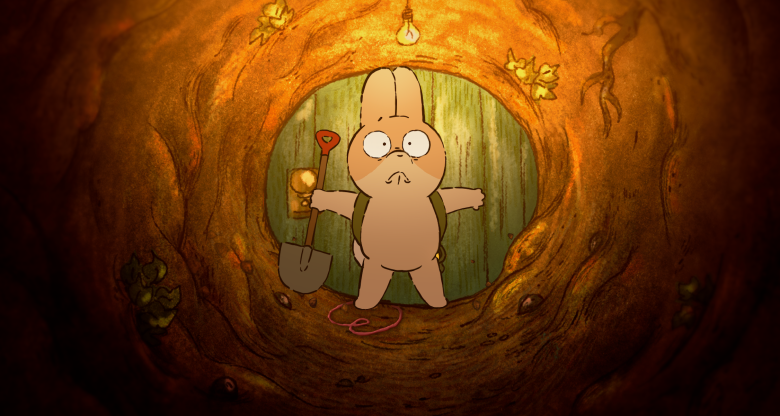 When “Burrow” writer/director Madeline Shafarian started at Pixar fresh out of college in 2015, she was always the first one in the office and the last one out. Those early days became the inspiration for “Burrow,” which follows an adorable shoveling bunny who keeps barging in on neighbors in an attempt to make a home. When the digging springs a leak in the whole community, the former strangers all band together to help. The film is whimsical with an old school, hand-drawn animation feel. It’s looks more like something out of a Richard Scarry book (“Best Word Book Ever”) than a Pixar film. That’s part of what makes it so refreshingly delightful.

“‘Burrow’ is truly about my first years at Pixar. Feeling like a perfectionist and everyone around me was so talented,” said Shafarian. “Instead of showing my fellow teammates my rough boards and asking for help, I would hide away and work nights and weekends so that when I pitched it looked like I was a genius and I had it all together. But you can only really do that for a couple years until things catch up to you.”

Shafarian’s first job at Pixar was as a story artist on “Coco,” where she met producer Mike Capbarat.

“One of Maddie’s early sequences from ‘Coco’ was she storyboarded the sequence with Frida Kahlo’s first appearance,” Capbarat recalled. “When she pitched it for the first time, we show up in these big story rooms and they put it up on screen. It’s sort of a nerve-wracking process for a young board artist to put this up on this giant screen in front of all of these people, including the director Lee Unkrich. But, oh my gosh, everybody was rolling, laughing. It was so out there and weird. It takes a lot to get Lee to belly laugh, and everybody in the room was totally on the floor.”

Shafarian’s talent clearly rose to the top quickly, and the SparkShorts program gave her the opportunity to continue exploring.

“It’s such a nimble program…it’s easier for the studio to give opportunities to really, really green people….They have made such a great little sandbox for people to safely try things,” she said. “It’s one of my favorite things Pixar’s doing right now. It has made this studio a really interesting place to be. While you’re working on these big features, you know that off on the side somewhere, somebody is making something really cool on their own with basically no executive oversight.”

“You can really try anything at Pixar, it makes it still feel like the Wild West of animation a little bit,” added Capbarat. “You can push it and try new things, and we’re not locked into one specific style. In fact, we’re encouraged to break it.”

“Out” and “Burrow” are both available to stream on Disney Plus.
Click to expand...