Many prefer to keep business and family separate, but for Earn (Donald Glover) and Alfred (Brian Tyree Henry), they’ve always been linked. Whether it was the shared social currency that kept Earn afloat in grade school (see: “Fubu”) or the partnership they formed as burgeoning rap star and aspiring manager, the personal and professional have always formed a joint juggling act in “Atlanta.” But befitting the series’ final season, perhaps it’s time for their act to end.

Before Paper Boi was making $1 million for “rap” lessons, before his long-running European tour, before the boys even left Atlanta, Earn passed his survival test. Throughout Season 2, manager and managee weren’t seeing eye to eye. Mounting pressure to raise Paper Boi’s profile combined with a disastrous college concert stop led to a frank conversation about the cousins’ shared future.

“Look: You’re family, man, and I’m trying to ride with you, but sometimes that shit ain’t enough — because money is important,” Alfred tells Earn. “I can see exactly what’s happening out here. It’s getting colder. It’s getting harder to eat. […] I gotta make my next moves my best moves, man, so something’s gotta shake. I don’t think you’re cut out for it.”

At first, Earn was petulant and dismissed his cousin’s lack of faith. After all, he’d felt disrespected or taken advantage of for most of the season — routinely arguing he was in the right, even when it was clear that being right wasn’t enough to solve any problems. But when push came to shove — or, more explicitly, when a gold gun came to light in the airport security line — Earn swallowed his pride and sense of righteousness, did what he had to do, and moved the weapon from his bag to someone else’s. He made sure that Paper Boi wouldn’t see his tour delayed or disrupted — that Alfred wouldn’t lose money because of Earn. 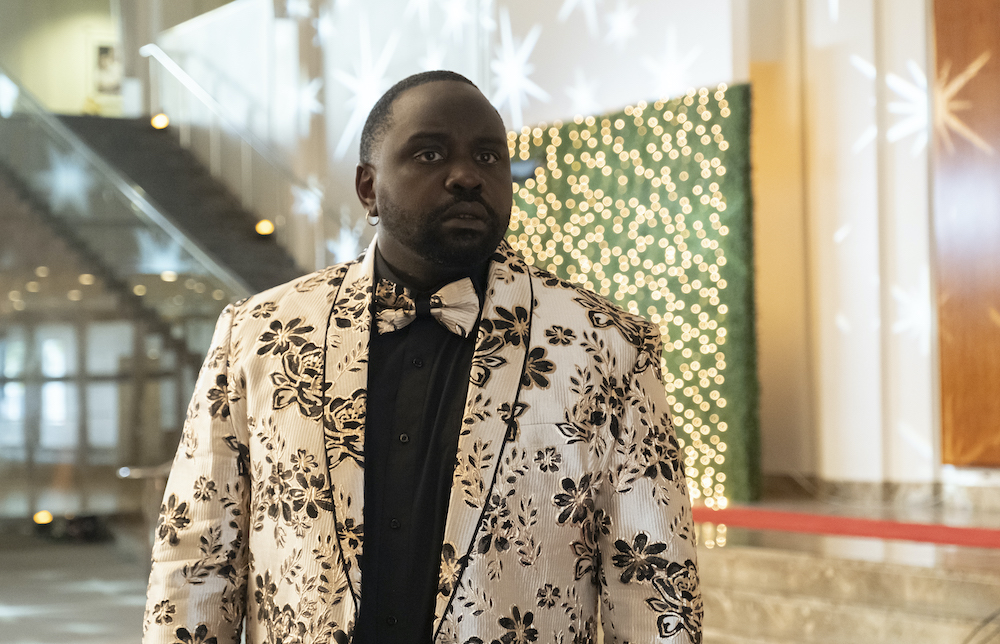 “Just know that’s exactly what I’m talking about,” Alfred said, once they’d been safely seated on the plane. “[People] do not care about us, man. [People] are gonna do whatever they gotta do to survive because they ain’t got no choice. We ain’t got no choice either. You my family, Earn. You the only one who knows what I’m about. And you give a fuck. I need that.”

Earn passed the test, but it’s doubtful he knew what it would cost him. The no-nonsense, business-first version of Glover’s character we see in Season 3 makes clear he’s taken Alfred’s directive to heart. He backs Paper Boi, all the time, no matter what. If the star wants to bail on a gig, Earn gets him out of there — even if the venue’s managers had just bailed Paper Boi out of jail. When concerts do get started, Earn walks Alfred to the stage, listens to make sure everything’s running smoothly, and then gets back to work behind the scenes. While Darius (LaKeith Stanfield) cuts loose dancing, Earn robotically mouths the words until he’s satisfied the show is unfolding as intended.

Much of Season 3 keeps Earn’s own emotional state at a distance, but it doesn’t take long for Season 4 to make up the ground. Episode 2, “The Homeliest Little Horse,” illustrates his lingering resentment in extreme fashion, as Earn let’s his spite flow via an elaborate, lengthy, and openly hateful plot to destroy a woman’s dreams. He hires actors, writes a script, and throws a “wrap party” at a bar, where video of her public embarrassment plays on a loop. The target of Earn’s ire is far from innocent, but the revenge plot is too much for Darius and Alfred, who check out early, and the episode ends with Earn admitting he should probably go back to therapy.

Yet I would argue Episode 3 makes an even more pointed insinuation of who Earn has become and why.

Near the end of “Born To Die,” while the Grammys Paper Boi was slated to attend are still airing, he, Darius, and Earn meet at a bar to watch Yodel Kid — Alfred’s short-lived (too soon?) YWE (“Young White Avatar”) — win Rap Album of the Year. “I tell you, the Grammys ain’t for Black men,” Darius says, as the Southern twanged partner of the late child “rapper” accepts his posthumous award. Alfred, as he so often becomes, is over it. He tried to play the game — this time, by sharing his hard-earned fame as a Black rapper with a rich, white wannabe in order to make way, way more money — and the game, again, was too preposterous to merit his participation. 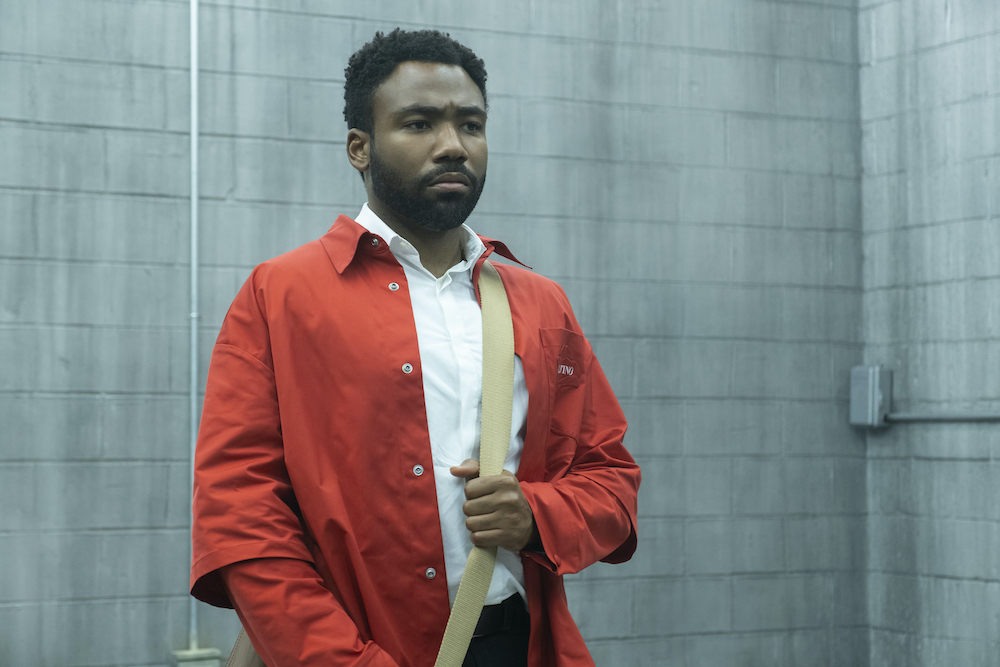 Earn, meanwhile, had just spent untold hours in a windowless concrete room waiting for a meeting with D’Angelo — a meeting that never actually happens. Why? Because Earn is in the management business, and the management business requires quite a bit of absurdity. After all, if he wasn’t waiting in the most unwelcoming Rally’s ever built, he would’ve been sitting in a board room, helping to rehab the image of a racist author who pulled a gun on a kid trying to raise funds for a good cause.

“How do you do it, man?” Alfred asks Earn about his management duties.

“I just remember it’s not about what feels good,” Earn says. “It’s about what survives.”

Earn delivers that last word with a knowing gravity, and Alfred picks up on the connection. He once told Earn they had to do whatever it took to survive, and that’s how they reached this moment. Earn is now willing to do what Paper Boi isn’t. In a lot of ways, that was always the case — the manager is there to handle things the talent doesn’t want to handle — but “Atlanta” is more interested in pushing each man to acknowledge it’s not about survival anymore; it’s about what they want and who they want to be. In interrogating those questions truthfully, they may also find their answers don’t line up anymore.

Earn has made peace with this side of himself. The question that’s tearing him apart is whether he continues to follow this path — to a better job in Los Angeles — or if he finds a way to stay close to Van (Zazie Beetz) and Lottie, his daughter. Maybe he can do both — by, say, moving the whole family out West — but where would that leave Alfred? Without his manager? Without his cousin? And if Alfred isn’t willing to sell out in order to maintain his lavish lifestyle — if he’d rather downgrade and pursue his passions (not unlike D’Angelo, who took a 14-year hiatus after his Grammy-winning second album, “Voodoo”) — where does that leave Earn? Wouldn’t he have to find new clients? Or take a new job? Or find another way to maintain his own preferred lifestyle?

When Season 3 ended, I spoke to “Atlanta” writer and executive producer Stefani Robinson about a lot of things, including an exchange in Episode 8, “New Jazz,” between Alfred and Earn. When Alfred wakes up in a hotel room, after a bad trip left him passed out on the street, he’s not alone anymore. Earn is there. It turns out Earn found him, took him back to the hotel, and cleaned him up. But when Alfred wakes up, he’s still thinking about his experience — and worrying about his future — so he asks Earn a question that’s been troubling him: Who owns my masters? “You do,” Earn tells him; he made sure of it.

When I saw this scene, I took it as a sweet moment for the two cousins; a mark of how far Earn has come in keeping Alfred’s interests at heart, and a critical reassurance for an oft-worried star. In taking Alfred back to the hotel, Earn took care of Alfred like family, and in securing the rights to his master recordings, he took care of Alfred like a good manager would. But when I asked if the scene indicated the cousins’ relationship was on solid ground heading into the final season, Robinson — who, to be clear, did not write the episode — had other thoughts.

“I think professionally, absolutely, they’re more on solid ground,” she said. “It’s interesting, too, though: The other question becomes that familial side of things, right? I still think that there’s a little element of distrust in the fact that Alfred even had to ask Earn.”

“There still seems to be this existential and subconscious question that is playing in the back of Alfred’s mind like, ‘Do I really want to be here? What am I doing? Can I trust these people who are around me when I’m paying for everything?'” Robinson said. “He’s sort of interrogating what it means to be famous and who he’s surrounding himself with.”

No matter how you read that scene or what’s happened so far in Season 4, Earn and Alfred’s personal and professional goals could finally be falling out of sync. I don’t expect a dramatic fallout between the two cousins, but such splits aren’t typically easy to navigate. With seven episodes left, theirs could be the relationship that defines how “Atlanta” ends. What happens to Paper Boi and the business he’s supporting? And, perhaps tied to the former questions, what happens to this family? Because money is important, but survival isn’t enough anymore.

“Atlanta” Season 4 airs new episodes Thursdays at 10 p.m. ET on FX, which are available the next day on Hulu.
Click to expand...

news Times Have Changed, but ‘Little America’ Returns for S2 as Sweet and Smart as Before