Even with two Oscar nominations under his belt, a resume that includes commercials for Geico and music videos for Kanye West and Weird Al, animator Bill Plympton remains committed to the DIY ethos and unique hand-drawn style that launched his career 35 years ago. “That’s the great thing about animation — there are no rules, so you can do anything you want,” he said during a Q&A following a screening of some of his shorts at the 15th annual Mendocino Film Festival Sunday. “I like to try and break the rules as much as possible.”

Plympton and his humorously provocative work had a receptive audience in the remote Northern California community known for its wine, weed, and art, delighting the audience with the kind of intimate programming that’s just not possible at the largest festivals. He also offered a first look at his upcoming Kickstarter-funded feature “Slide,” took a group of around 20 people — circled up on plush couches with drawing pads in hand — into his creative process during a drawing workshop, and offered anyone interested a personalized doodle of one of his most famous characters, the unnamed guard dog.

As the weekend’s festivities wound down, Plympton sat down with IndieWire to reflect on the current state of animation and how he’s been able to find success while maintaining an independent spirit.

Plympton, whose dream was to work for Disney, finally got his chance after his 1987 film “Your Face” earned an Oscar nomination when he was in his forties. Disney’s lawyer came knocking with a million-dollar contract, which seemed like a no-brainer — until Plympton learned that the House of Mouse would own anything and everything he produced off the clock. He turned them down.

Working in his own studio with a small staff, Plympton went on to win a Cannes jury prize in 1991 for his short “Push Comes to Shove,” and his second Oscar nom in 2005 for “Guard Dog.” In addition to a prolific output of shorts and features, he takes on a wide range of work, from commercials and music videos to original pieces sold at galleries. 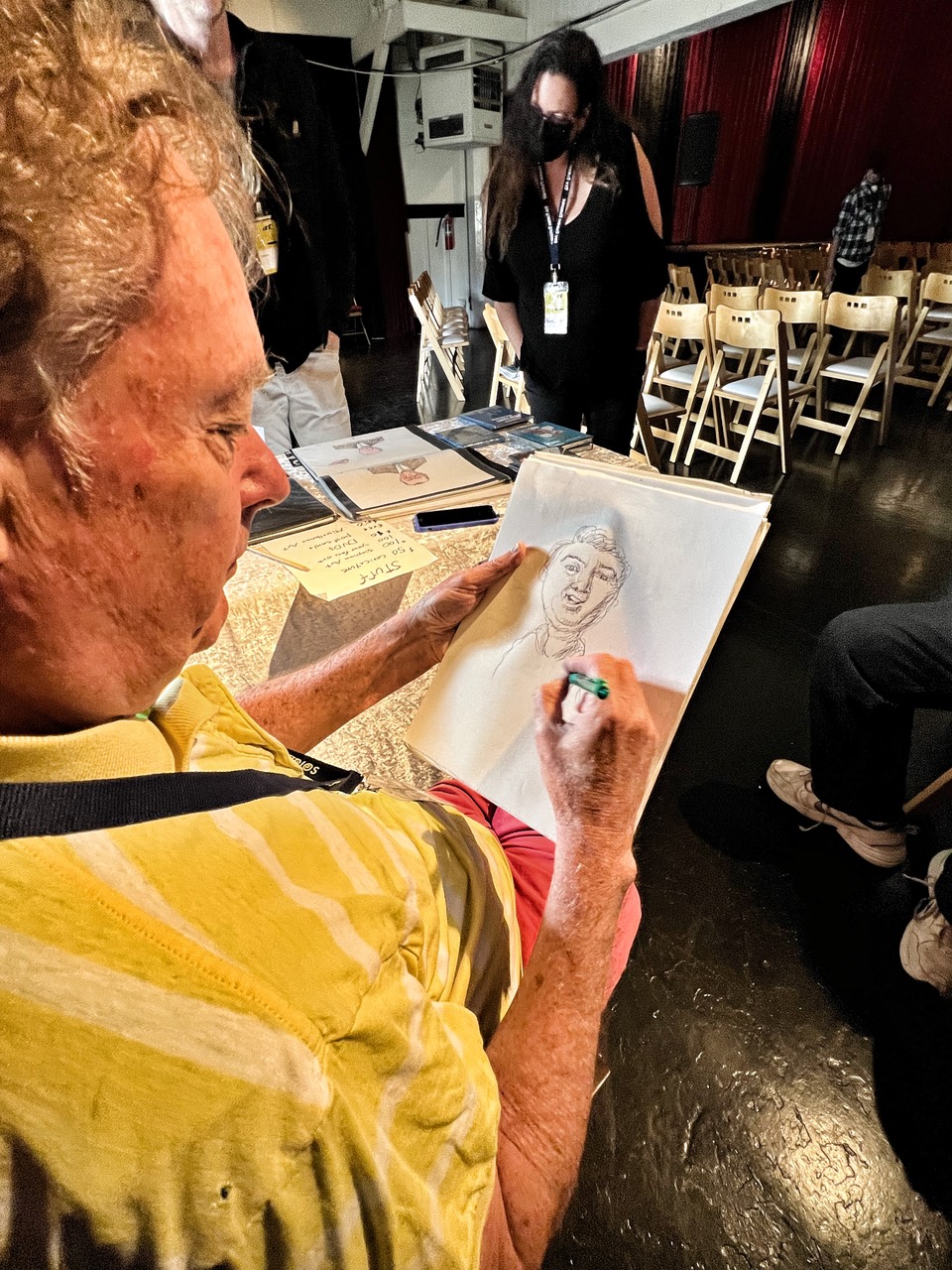 That helps keep his studio going, so he can fund his shorts, which always abide by the three-rule “Plympton’s Dogma.” They’ve got to be cheap (his films cost around $1,000 a minute, most of which goes toward his collaborating artists), short (think three to five minutes, definitely not 20), and of course, they’ve got to be funny (his world is a gleefully macabre one that’s definitely better suited for adult viewers).

Despite his vastly different approach to animation than the company he turned down 30 years ago, he embraces the Pixar approach and credits the studio — as well as streamers — for helping keep what he considers the second Golden Age of Animation going.

“It’s getting bigger and bigger, a lot of it due to Pixar. Pixar changed the whole field of animation and it hasn’t necessarily hurt the 2D people, people like me, because more and more people recognize animation and they love animation,” he said.

He even considers streamers like Netflix and Hulu saviors of the form — even though Netflix passed on his pitch for “Slide.” As independent animated films like “Flee” and “Cryptozoo” make waves big and small, so have more commercial projects like Sony’s “Spider-Man: Into the Spiderverse” and Netflix’s “The Mitchells vs. the Machines,” which counts former Plympton employee Chris Miller among its producers. Netflix is on track to premiere 20 animated series this year alone and Studio Ghibli stands alongside HBO, Looney Toons, and DC as main tiles on HBO Max.

As for Plympton, he is getting “Slide” ready for projected completion in April thanks to an $85,000 Kickstarter campaign and distribution presale to France, where he say he has a particularly strong audience. He’s planning for a robust festival run.

“This film is bigger than anything I’ve done before. It’s going to be maybe two hours — it’s really epic. I haven’t started editing it yet, so we don’t know how long it’s going to be,” he said.

“Slide” is a Western comedy centered around a mythological slide-guitar player who comes to a 1940s Oregon logging town to battle a pair of evil twins and save the community. He compares it to the outrageousness of “Blazing Saddles,” one of his favorite movies. It’s also a musical, in the style of Hank Williams and Patsy Cline.

Another new element for Plympton is the film’s environmental message. But true to form, there’s no soapbox here; dark humor is the medium. “It’s not a big deal — you sort of side with these trees because they scream when they get chopped down,” he said.
Click to expand...

news Guillermo del Toro Attends ‘Pinocchio’ Premiere One Day After His Mother’s Death: ‘This Was Very Special for Her and Me’