Wallachia International Film Festival is a highly professional, industry connected film festival, an exclusive “Plein Air Natural Film Affair” – the only independent grassroots film festival taking place in an exquisite natural location in the immemorial Wallachian Plain!
We won multiple cinema prizes including important awards at major film festivals, like Cannes, Locarno, Montreal, London, Milan, Miami and Atlanta. Also, our advertising work received accolades at Clio, Effie, In-Awe, Lion Awards, ANDY Awards and Ad’Or, while working for companies like Coca-Cola, UNICEF, McDonalds, Renault, Yahoo! and Nestlé-Purina.
But there’s nothing we love more than indulging ourselves with cinematic candies from all over the world, under the autumn night sky of Wallachia. We will be arguing for a long time about which ones we feel are the best, and about the most promising unproduced screenplays.
Think cinétopia! Feel hundreds of years of mythic Wallachian history under the night sky! It’s a 100% natural film affair!
We watch all movies, we read all screenplays and we select exclusively based on artistic merits. Networking doesn’t work on us. Only art. APPLY NOW!
https://filmfreeway.com/WallachiaInternationalFilmFestival 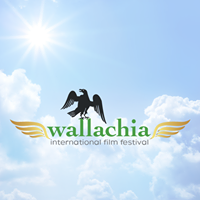 I had to google to find out that Wallachia is in Romania - very cool and definitely different!

Hello, Mara. Thank you for your kind words. I am glad I stirred your curiosity. We found ourselves a bit without identity in this globalised world so we decided it is always good to return to the past. We found inspiration in the legendary name Wallachia and we recognized Voivode Vlad III Dracula, universally known as Vlad the Impaler, as our spiritual patron as many Romanians do. The Wallachian Eagle flies once again.

News flash! We are ready to announce our first selections ever: The Very Last Day (Taiwan) by Cédric Jouarie, in the feature category, re/cycle (Netherlands) by Rene Smaal in short movies, the unproduced screenplay TLT: The Last Tango (US) by Stefanja Orlowska, and the music video Red (US) by Alexander Stephens!
You must log in or register to reply here.
Share:
Facebook Twitter Reddit Pinterest Tumblr WhatsApp Email Link
Top