series 7 New Netflix Shows in April 2020, and the Best Reasons to Watch

Why Should I Watch? “#blackAF” marks the first Netflix original series from Kenya Barris after the “black-ish” (and “grown-ish” and “mixed-ish”) creator signed his $100 million overall deal with the streamer, and to mark the occasion, he’s putting himself in front of the camera. Co-starring with Rashida Jones, Barris plays a fictionalized version of himself: a very successful screenwriter and producer who’s also trying to be a good-ish husband to his wife, Joya (Jones) and adequate-ish father to their six children. If any of that sounds familiar, it should. “#blackAF” makes no bones about its similarities to Barris’ breakout ABC sitcom, recasting Anthony Anderson with the writer/creator he was always representing, and adding more F-bombs, drug use, and other adult themes to match the unrestricted nature of Netflix. Throw in a shooting style akin to “Modern Family” and “#blackAF” is the family comedy hybrid aimed at parents looking to keep it a bit more real.

Bonus Reason: The Season 1 finale features a star-studded lineup of guests, including Tyler Perry, Ava DuVernay, and Lena Waithe — all playing themselves. If the names alone aren’t enough reason to watch, the episode focuses on how black writers and directors gauge reactions from audiences, critics, and the subsets of each. Who decides what movies are good? Kenya’s quest to find out should spur plenty of discussion online and off.

Why Should I Watch? The names themselves should be the first hook. Ben Schwartz (of “Parks and Recreation,” “House of Lies,” and now, I guess, “Sonic the Hedgehog” fame) and Thomas Middleditch (from “Silicon Valley,” “Zombieland: Double Tap,” and, lest we forget, “You’re the Worst”) are longtime improvisers who traveled the country performing long-form improv together (you know, back when you could still do that). Their completely unplanned, unwritten, and unrehearsed shows were sparked by a quick conversation with an audience member, before the two comedians launched into hourlong improv scenes. Now, with the team’s tour suspended, three of those shows are coming to Netflix. Enjoy!

Bonus Reason: While, yes, you could spend your quarantine time watching this duo’s more high-profile projects, but a) why spend $20 on “Sonic the Hedgehog” when Schwartz’s talents are limited to his voice? b) even though the ending of “Silicon Valley” is pretty solid, can the sixth season of anything compare to a brand new experience pulled straight from Middleditch’s brain? c) and, finally, you have plenty of time. Just watch them all. 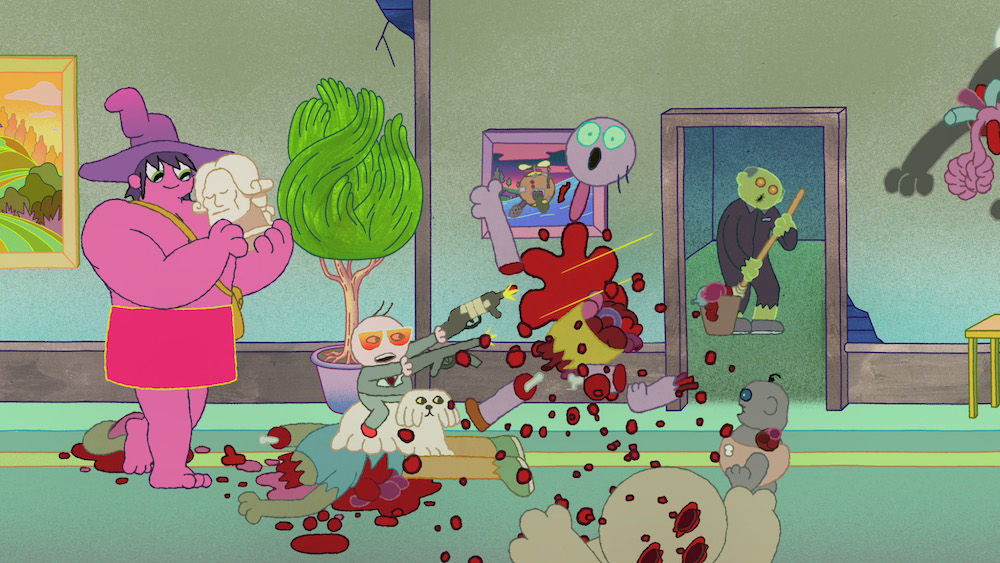 Why Should I Watch? Did you like “Adventure Time”? Do you like podcasts? Have you ever wondered what podcasting might look like in the future, especially if that future was animated? “Adventure Time” creator Pendleton Ward and podcaster Duncan Trussell have teamed up for an imaginative vision of alternate reality podcasting. First of all, it’s called “spacecasting,” and the eight-episode first season follows Clancy, a slacker spacecaster who lives in another dimension called The Chromatic Ribbon. There, people like Clancy use specialized bio-computers to simulate entire universes to harvest technology, but when Clancy stops taking care of his simulator, the planets in his created universe start staring down their own unique apocalypse. Each episode sees Clancy venture out to talk to people on these planets in peril, pushing him to do more for them, and maybe take care of himself a little more as well.

Bonus Reason: Frankly, if you’re still with me after that mind-bending plot synopsis, I don’t think you need another reason — but “The Midnight Gospel” does have a rather fortuitous release date. “Adventure Time” is one of the most enjoyable nonsensical rides on television, no matter if you watch it stoned or sober, and if “The Midnight Gospel” can harness that same joyous energy, viewers are in for a 4/20 treat. 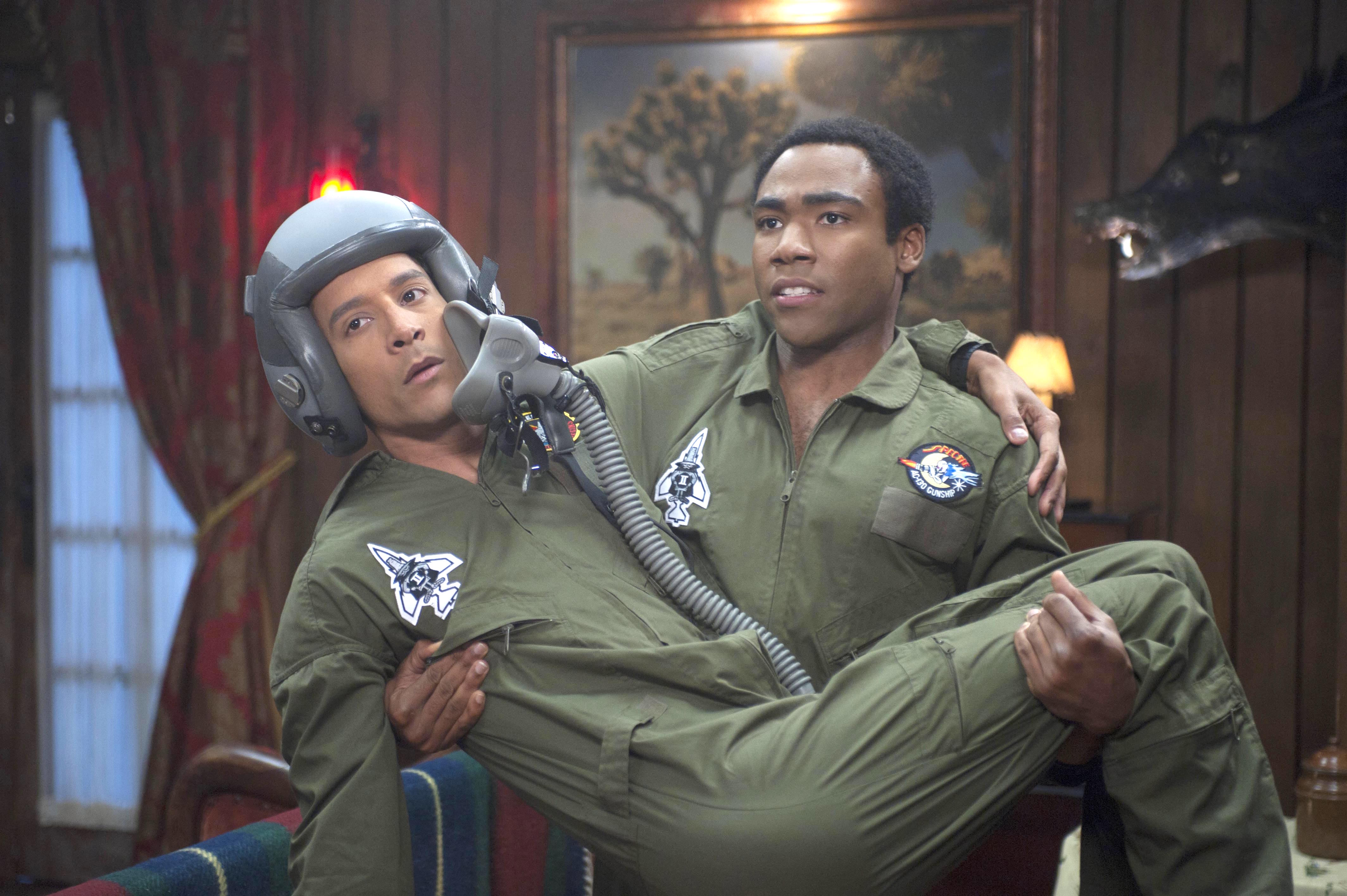 Why Should I Watch? By now, everyone knows whether or not they should watch “Community.” Maybe you’re a massive fan and excited to binge the full series from start to finish on the same platform. Maybe you drifted off when Dan Harmon’s comedy moved from NBC to Yahoo Screen. (Remember Yahoo Screen? Of course not, why would you?) Maybe you’re part of an inner-office feud about the show’s lasting significance, arguing how its sporadic fits of excellence compare to its enduring creative feats, and you just have to know, once and for all, how you feel about “Community.” Or maybe it’s just been too long since you’ve seen Donald Glover be a silly little goofball. Whatever your reason, know why you’re starting in again on “Community” before you casually hit play — for better or worse, it’s hard to stop watching.

Bonus Reason: Through years of bubble-watching and near-cancellations, the rallying cry for “Community” has been “six seasons and a movie.” Well, they hit six seasons. If you think they’ll eventually crank out a movie — and who would bet against existing IP getting one more shot these days? — then you might need to brush up on the more recent episodes. 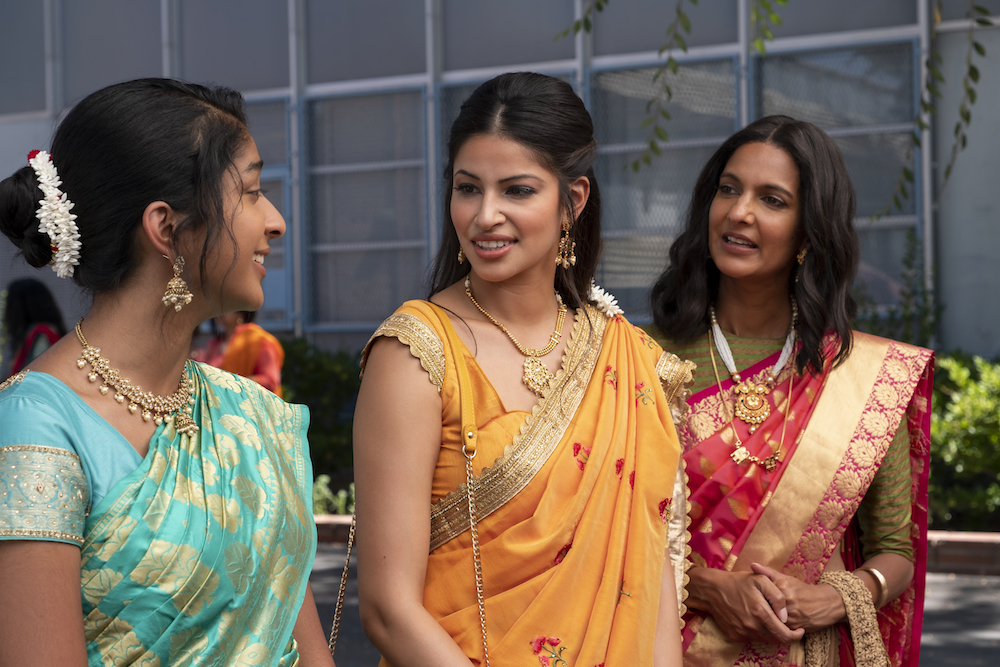 “Never Have I Ever”

Why Should I Watch? Mindy Kaling is a mover and/or a shaker. After breaking out on NBC’s “The Office,” launching her first created series, “The Mindy Project” on Fox, moving future seasons to Hulu, and selling her feature screenwriting debut to Amazon, the actress, producer, and writer is now dropping her first Netflix original series. Created and executive-produced by Kaling, “Never Have I Ever” is a coming-of-age comedy about a first-generation Indian American teenager. Devi (Maitreyi Ramakrishnan) is an overachieving high school sophomore whose short fuse gets her in trouble, be it with parties, boys, or generational differences. “Never Have I Ever” may not feature Kaling onscreen, but it’s inspired by her childhood and, from the above description, already sounds like it’s got Mindy all over it.

Bonus Reason: Lang Fisher, a former writer and producer on “The Mindy Project” and “Brooklyn Nine-Nine,” gets bumped up to showrunner on this one, making “Never Have I Ever” a first for Fisher and young star Ramakrishnan, in her first credited acting role.

Why Should I Watch? If you liked any of Shlesinger’s five Netflix standup specials — “Iliza Unveiled,” “Freezing Hot,” “War Paint,” “Confirmed Kills,” or “Elder Millennial” — odds are you’ll be game for sketches like “Female Jackass” and “Meet the Shlesingers.” In the six-part series, Shlesinger skips between original characters inspired by her unfiltered brand of comedy. The comedian satirizes various genres, from DIY shows to exercise series, and keeps the pace up in quick, 20-minute entries.

Bonus Reason: Honestly, with “SNL” off the air — and not exactly in top-form when it was airing — the televised sketch world needs more content, period. God knows “I Think You Should Leave With Tim Robinson” helped, but there’s plenty of room for more voices, and Shlesinger is trying to fill that need. 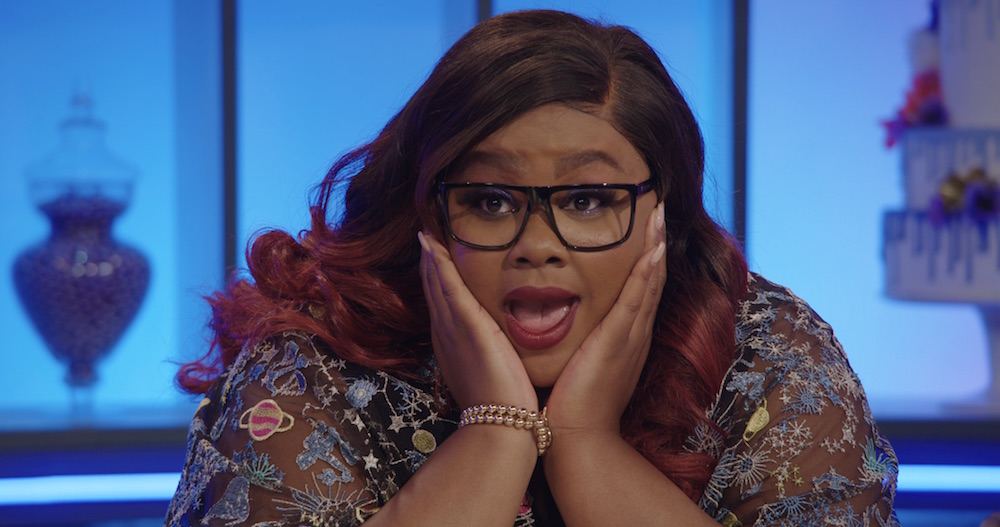 Nicole Byer in “Nailed It!”

Why Should I Watch? Nicole Byer can do no wrong. The talented actress from “Brooklyn NIne-Nine” and “Bad Hair” — and excellent vocal performer from “Tuca & Bertie” and “BoJack Horseman” — hosts Netflix breakout home baking show “Nailed It!” with Jacques Torres. While not a complete showcase of her innumerable talents, “Nailed It!” offers plenty of opportunities to highlight the comedian, and admirable baking fails as contestants try to recreate edible masterpieces for a $10,000 prize. Come for Nicole Byer, stay for delightful insanity.

Bonus Reason: Guest judges for Season 4 include Adam Scott, Fortune Feimster, Matt Walsh, Gabby Douglas, and more! Watching anyone bounce off Byer’s energy is a good time, and this group could hold their own anywhere!

The Rest of Incoming TV