It’s no coincidence that, after two-plus years of increased uncertainty around the nature of work, some of the best shows of 2022 are tackling that idea head-on. Our pick for the top of the current drama heap is a beautiful example of taking collective anxiety and funneling into a mundane fantasy. One of the buzziest streaming premieres in recent weeks transplants those ideas to the inner workings of a bustling kitchen.

“This is Going to Hurt,” then, becomes a fascinating companion piece, a medical drama that isn’t so much about solving the mystery of a physically and emotionally taxing job, but accepting how and why it’s happening. The AMC+ series is anchored in the experiences of Adam Kay, both as a character played by Ben Whishaw and the real-life former OB/GYN doctor whose memoir gives the series far more than its title. (Kay also adapted his own book and is the writer on all of the season’s seven episodes.)

The show is immersive on a trio of fronts. “This is Going to Hurt” is defined by following life on a labor ward via Adam’s experiences in an underfunded, overstrained National Health Service hospital in the mid-2000s. It also focuses on Shruti Acharya (Ambika Mod), whose regiment of training and studying for exams is its own immense load. There are also frequent Adam-to-audience check-ins, fourth-wall breaks brought on by everything from workplace rivalries to unexpected delivery room developments to the constant demands of holding strangers’ fate in his literal hands. 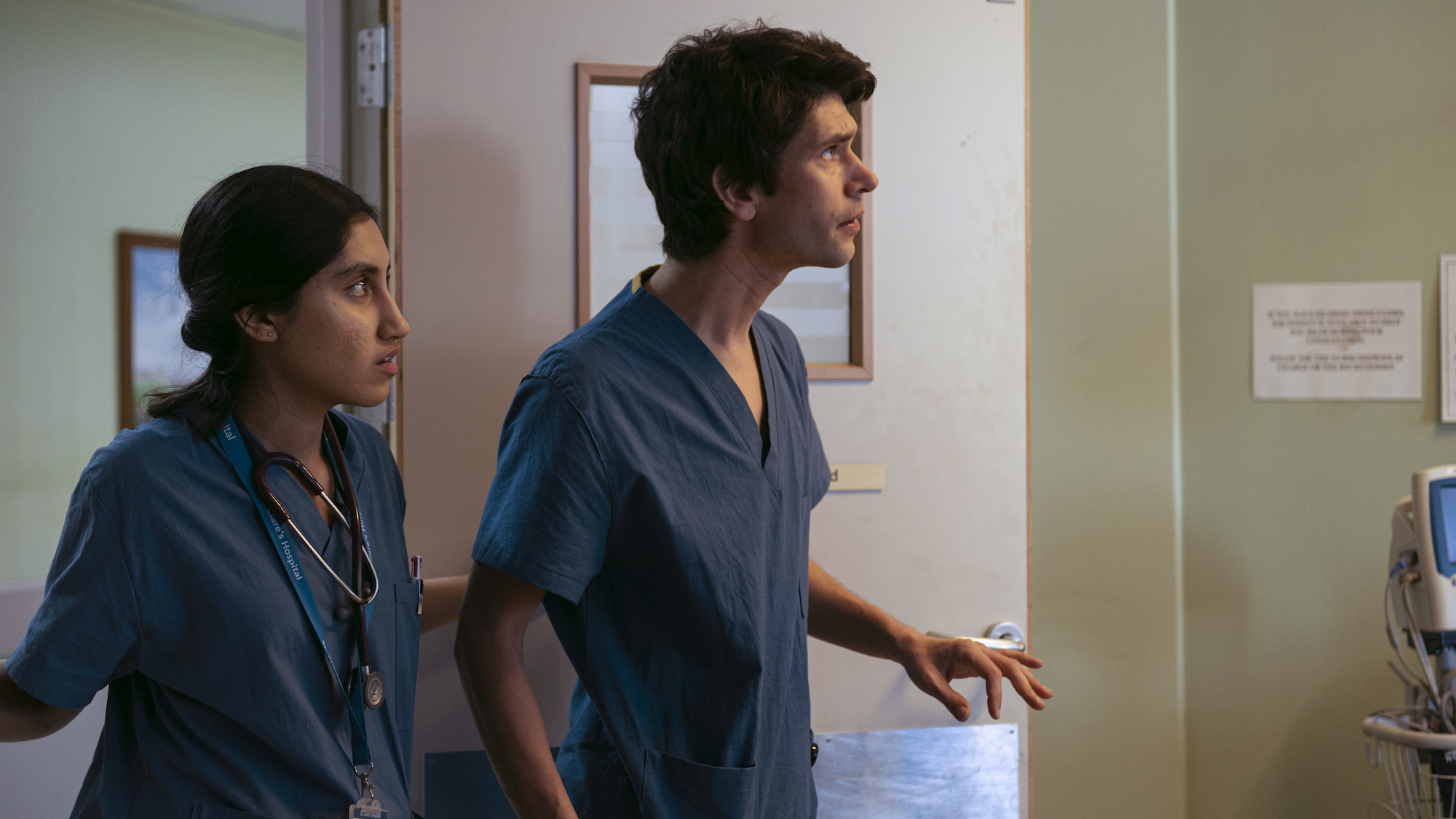 “This is Going to Hurt”

Intrusive thoughts and direct addresses are stylistic touches always on the verge of being overused, but here they serve a distinct purpose. Aside from the jargon-peppered medical context needed in cases where whatever is going wrong isn’t immediately obvious to a layperson, having Whishaw stare right down the barrel of the camera is an escape for Adam as much as it is a building block. Not only are Adam’s own personal walls closing in on him, directors Lucy Forbes and Tom Kingsley show how the lasting effects of a single mistake are blurring his ability to properly perceive the world around him.

From a TV structure standpoint, “This is Going to Hurt” also does an impressive job of handling the needs of the season with the needs of its main players. It’s right in that sweet spot between the familiar rhythms of a procedural medical drama (which, in their way, might as well be detective shows with different outfits) with the more long-term considerations and consequences of this chosen profession. The season overall keeps the constant churn of Adam and Shruti’s patients, while showing the ways that those interactions never quite neatly fall into either a professional transaction or a personal connection. They’re in their own third category, one that should ring true for anyone in a similar job where there’s ambiguity in whether or not the work is ever really finished.

In the same way, “This is Going to Hurt” isn’t always all-or-nothing. It definitely has its share of medical emergencies, but the show also gets closer to the banal and odd, too. There are false alarms and unexpected extracted objects and late-night couch chats that offer their own respites. Sometimes, the answer to alleviating a patient’s pain is fixing a tiny mistake rather than offering some breakthrough, genius diagnosis. The show isn’t seven straight hours of nonstop quick-thinking, but the idea that split-second demand could pop up at any moment is what gives the series its tension and makes Adam and Shruti such immediate case studies in mental and physical fatigue. 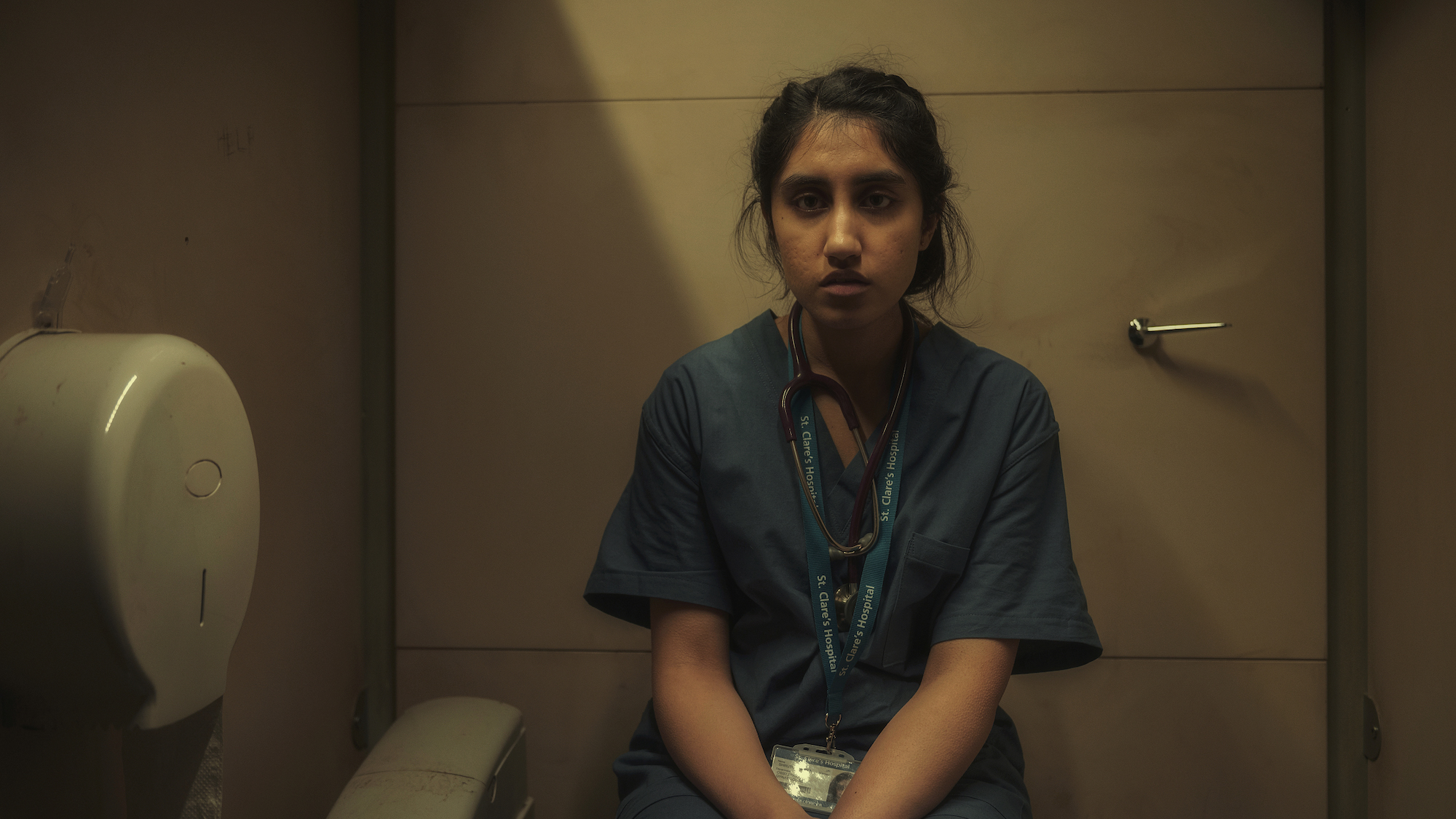 “This is Going to Hurt”

There are plenty of times when “This is Going to Hurt” lets its guard down, even if whatever fills the vacuum of the hospital brings its own unique stressors. (For anyone looking to fill out their own personal Harriet Walter Questionable Parenting Technique TV Festival, this is a third entry to pair with this week’s double Emmy nominations.) Aside from the more universal issues of maintaining healthy relationships of all kinds despite heavy work demands, Kay also pinpoints the particular burden of not being able to communicate the true scope of what occupies someone’s day. As one supervisor puts it, “By the time you retire, there’ll be a busload of dead babies with your name on it.” It’s a core reality of this job — succinctly stated, however tactfully — and one that doesn’t translate all that well to dinnertime small talk.

Maybe the most profound question that “This is Going to Hurt” asks is how much any of this is worth it. The publicly-funded/privately-operated divide of the British healthcare system eventually presents Adam with an explicit opportunity to look at what value his knowledge and contributions have on either side of that line. In some ways, it does come back to money, the funds to repair and update and staff and prepare. (One of the season’s most telling details is a familiar blue hospital privacy curtain, only here bearing a handful of stains that have never quite fully washed out.)

Yet, Kay and the series directors are also keen to point out the other, less definable weights that have come into sharper focus for many in the past few years. Whishaw and Mod each wear that in their expressions and they overall body language in such an efficient and knowing way. And when tragedy inevitably comes to those at this hospital, that’s never the end of the story. “This is Going to Hurt” realizes that — even if it doesn’t involve scalpels and forceps and bedside manner — work can be both the thing that invites grief and a shelter from it all at once.

“This is Going to Hurt” is now available to stream in full on AMC+.
Click to expand...

news Elizabeth Debicki Is ‘Unnerving’ as Princess Diana in ‘The Crown,’ According to Biographer