This scene where the professor has the conversation with Tokyo and realizes Lisbon is not dead, and the whole thing was just staged, because he didn’t SEE Lisbon dying, Just imagining and I want to add the following to it as well ;

The professor stares into his shadow on the ground. As the conversation intense, we zoom more and more back and forth to his eyes and the shadow with him blinking and each blink interlaces with memory of him running towards Lisbon and when that realization has dawned, he gets up and leaves, we show a shot of the ground again, and a fragile foot print of professor on the place where there was the shadow; implying he has left the darkness 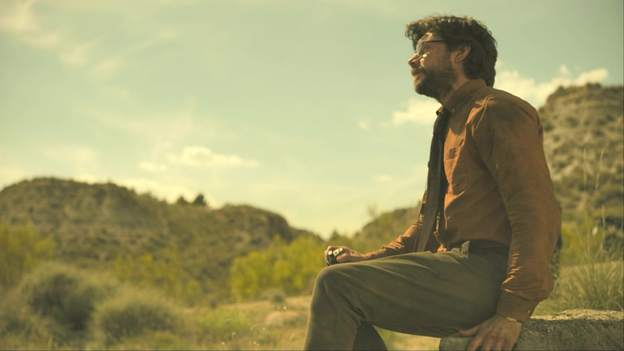 screenplay Spec Scripts for Save Point

critique I would love honest feedback on this synopsis
2