The portraits of champions are painted with failure. From youth sports maxims of “it’s not about how you win, it’s how you lose” to professional athletes using naysayers as bulletin board material, there’s no amount of success that doesn’t also come paired with the opposite feeling. That’s one of the inherent draws of sports, that for every winner, there are an equal or greater number of rivals to overcome as hurdles to the prize.

It’s not accurate to say that Derek Jeter never lost, despite the reputation that he fashioned for himself early in his career. The opening part of “The Captain,” a new seven-part ESPN series on the career and times of the Hall of Fame New York Yankees shortstop, does go through the struggles of his early professional days. There are tiny nods to the “what if” paths his life would have gone down had a few key injuries and pivotal second chances never happened. Those are indicative of the best parts of “The Captain,” the ones that allow director Randy Wilkins to examine Jeter’s relationship with adversity, in whatever form it happens to take on.

In the vein of other recent sports docs produced by ESPN and others, Jeter is the main attraction here, offering his direct-to-camera perspective on his life in a handful of different interview locations. Aside from the show’s framing device of starting off each episode with snippets of his farewell 2014 game at Yankee Stadium, the rest of the series follows a roughly chronological recounting of the twenty years between being drafted and retiring.

In a weird way, an early liability in the series is that Derek Jeter did win a lot. The stretch of “The Captain” covering the first five years of his career takes up almost half of the overall series. For that stretch, “The Captain” works better as an intro to a dynasty, a primer on a dominant half-decade run that minted Jeter as a star in the Bronx and far beyond. Maybe after years and years of New York media training or scores of other retrospectives, there’s not much in “The Captain” that feels revelatory or designed to answer some long-burning question about what made these Yankee teams tick. This isn’t a project designed to delve deep into the psyche of its subject, beyond coming away with the repeated refrain that he worked really hard to get where he was and really didn’t like losing.

The closest that “The Captain” comes to seizing on something of real clubhouse substance is the long-simmering tension between Jeter and fellow generational star Alex Rodriguez, one that’s been a topic of public debate since both were teenagers. These episodes don’t get much closer to any kind of clarity than the countless “he said, he said” accounts that have come before, namely because the two parties involved have two of the most finely calculated baseball personas in recent memory. It’s not that “The Captain” is a glossy, singularly positive product, but its on-camera contributors are rarely willing to add something that doesn’t already fit in with a preexisting conception of how any of these on- or off-field events played out.

At the risk of drawing comparisons between vastly different projects, it’s hard to watch this series and not think of another longform 2022 baseball documentary: the Secret Base “Dorktown” four-part look at the personal and professional roller coaster of Toronto Blue Jays pitching iconoclast Dave Steib. That biography, maybe by virtue of not working with direct player interviews, is almost laser-focused on the power of the inherent drama in the games themselves. What starts out as a handful of simple box scores become miniature Greek tragedies in the pursuit of an elusive no-hitter or an American League Championship Series showdown. It’s peppered with anecdotes and snippets from game stories and profiles that are ingots of local news gold.

In “The Captain,” especially when the Yankees’ steamrolling made their championship runs feel like a destined outcome, the actual games often feel incidental. The gravity and tension of building one step closer to a title gets lost in standard-issue overviews that race through game footage at blazing speed. (Sweeps aren’t always the most dynamic, but the entire 1998 World Series, a culmination of one of the greatest seasons in baseball history, barely takes up 90 seconds of screen time.) Those stretches in particular are caught in a hazy middle ground that’s probably too blasé for non-baseball fans to care and too rote to offer die-hards anything fresh. That does start to turn as the series progresses into the 2000s and the arrival of some iconic Boston Red Sox showdowns, but that’s only when the losing really begins to ascend.

“The Captain” has access to a large slew of former Jeter coaches, teammates, and adversaries, each offering their own nibbles at the tentpole moments on the ’90s-‘10s Yankee timeline. The longer “The Captain” goes on, though, the more it feels like a story told by sportswriters. It’s not a knock on people like Joel Sherman, Howard Bryant, Buster Olney, and Mark Feinsand, impressive storytellers in their own right who were present for many of these on-field spectacles. By their own admission, there was a wall between them and “the real Derek” that remained largely intact for the entirety of his career. (There are more than a couple montages of the shortstop’s signature brand of magnanimous postgame platitudes.) With a Jeter here only slightly less guarded than the savvy-politician level of media control he displayed during his playing days, “The Captain” can’t help but feel like a retelling of familiar public knowledge on a wider canvas. 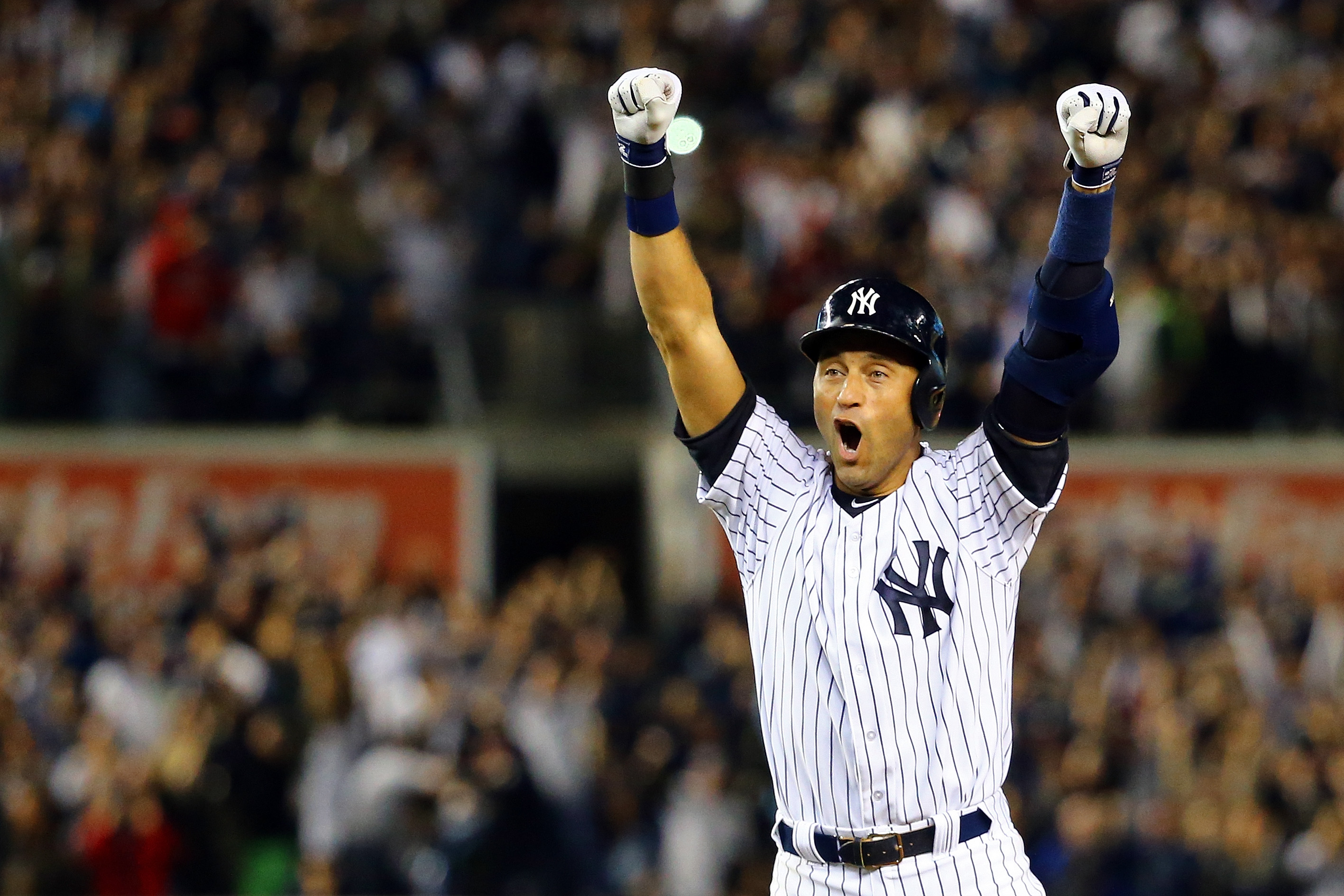 One major refrain in the opening episodes of “The Captain” is a parade of baseball media members asking Jeter if he was living a charmed existence. With his boundless on-the-field successes, the series looks to media-related (and in any number of cases, media-generated) stories away from the diamond to fill the conflict void. Even then, when they come down to “getting drafted 6th overall instead of 5th” or “a New York bachelor having too much fun at night” or “a world-class athlete having to make a few extra arguments to get the nine-figure contract he rightly deserves,” it’s hard to really put those in the failure column either.

So much of “The Captain” is an exercise in figuring out what Derek Jeter means to those who watched him. Baseball fans, native New Yorkers, celebrity news readers, and elite athletes from other sports all get their say in the series, extending that perception of him as a person beyond numbers in a record book. When “The Captain” zeroes in on the conversations that were never had during Jeter’s career for fear of being a distraction, that’s when the series begins to feel less like an overview or a foregone conclusion. This is not something designed to be built around explosive revelations (much like Michael Jordan’s Jump 23 was an official partner in “The Last Dance,” the Jeter-founded The Players’ Tribune pops up in the opening credits here), but any opportunity for a more frank, less-calculated discussion of the past 30 years is always to the series’ benefit.

To borrow a sports term, “The Captain” does have intangibles: the electricity of a Gary Thorne call, the chyron in an early local news story misspelling his first name, Garth Brooks presenting the 1998 Yankees with an ESPY Award. Whenever these episodes can go an extra step further to paint baseball and fame as the eclectic institutions that they are, not merely the preexisting crystallized versions of a career, there’s more here to latch onto. For as much as Derek Jeter has been a main attraction of interconnecting public worlds for well over half his life now, there’s a feeling throughout a still-entertaining “The Captain” that there’s even more in those worlds left to discover.