[Editor’s note: This story contains major spoilers from the Season 1 finale of FX’s “The Bear” on Hulu.]

According to its 100 percent Certified Fresh rating on Rotten Tomatoes, “The Bear” is a flawless show. (We know, we know: It’s a flawed and subjectively interpreted thumbs-up/thumbs-down system.)

Still, IndieWire had a few clarification questions for creator and co-showrunner (and director) Christopher Storer. We caught up with the busy “Ramy” alum via email, and received some surprisingly (for this business) satisfying answers to our burning questions. Get your Ove Gloves ready.

Previously, IndieWire spoke with series star Jeremy Allen White (“Shameless”) about the absolute panic attack that is the one-shot Episode 7, as well as his favorite real Chicago sandwich shop. During our 20-plus-minute phone conversation, White talked a bit about the huge Season 1 finale reveal: that Michael (Jon Bernthal) stashed wads of shrink-wrapped cash in the 10-oz. tomato cans Carmine (White) initially refused to open for the staff’s family spaghetti meal.

When Carmy finally gets what essentially amounts to Michael’s suicide note from cousin Richie (Ebon Moss-Bachrach), he finds all the money — and his future. Together, we all then realize Carmine tossed what White estimated at “about 5k” in the final scene of Episode 1 in the form of a half-open can.

“Carmy didn’t find the money until he was ready to find the money,” White told us, calling the setup and payoff (literal, in this case) a “nuanced and beautiful moment.” Storer, the guy who created this moment along with co-showrunner Joanna Calo, echoed the sentiment in our exchange.

Without further amuse-bouches, read our Q&A below. We hope it also amuses. 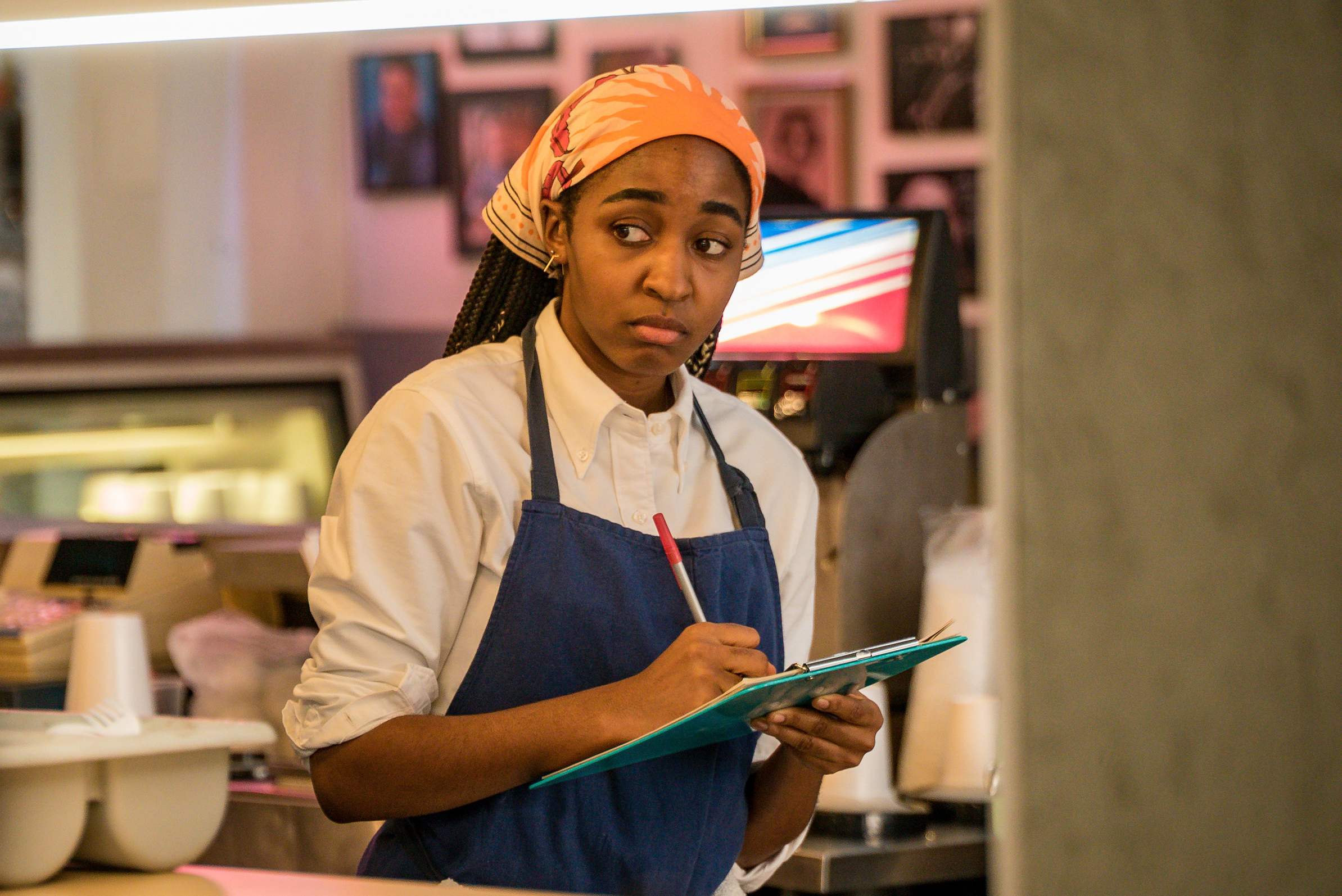 Ayo Edebiri as Sydney Adamu in FX’s “The Bear.”

The cash in the tomato cans was Uncle Jimmy’s (Oliver Platt) $300,000 loan, yes? (Minus the one can Carmy tossed in the pilot.)
Yes. We wanted to reveal that even though Michael was an addict, he was telling the truth when he told Uncle Jimmy he wanted to franchise, which in this case meant opening a restaurant with Carmy. Michael thought he could break the familial cycle and start something fresh and not “at fucked,” which may have been his way of processing his own disease, his own addiction, which he unfortunately didn’t get to see into fruition. I also think it was very beneficial at the time for Jimmy to have a way to clean some money.

How did the cash get in the sealed cans?
There is a semi-automatic electric can-seamer at the restaurant, which is a quick process and very easy to use. Michael was most likely instructed to not put the money in the bank for myriad tax reasons. In his scattered state, the processing of the tomato cans really felt like he was starting to build something, felt more like a real plan of action to him. A safe felt too safe, too obvious.

I know it sounds completely absurd, but in researching various kitchens, I was really shocked how many stories and articles I had come across or heard about where money or drugs were found in sealed aluminum tomato cans. I guess the police dogs can’t smell anything over the acidic tomatoes and I definitely think Michael had heard some version of that somewhere.

Trying to understand the windfall here: If it’s the $300,000 (minus one can), but Jimmy is holding Carmy to Michael’s loan (minus the credit from the two Season 1 parties), how is Carmy going to turn The Original Beef of Chicagoland into the Bear? There are also IRS and vendor issues. Is this more than $300,000? Or is the idea here that they’ll just keep the debts and use the money as seed money for The Bear, which will hopefully pay off the debts?
This is the question we wanted to end with and hopefully get to explore in a second season. Carmy gets some closure with his brother, but then how does he handle this going forward? How can he build something new and start from a more positive place?

There’s something beautiful in the idea that Carmy could have found this right off the bat if he would have made the spaghetti in the pilot, but then maybe he would have burnt out similarly to the way Michael did. I think by not discovering this immediately, he really learned the difficult lesson that not only was he sort of trying to “fix” this restaurant for all the wrong reasons, but that he also couldn’t do it himself. He finds in Sydney someone he had a shorthand with. They will definitely use this money as a seed, but Jimmy will be in the mix.

“The Bear” was renewed for a second season on Thursday. Like Season 1 currently does, Season 2 will exist exclusively on Hulu.
Click to expand...