When it really wants to, Netflix does a great job at letting people know what TV shows it has to offer. Unfortunately, with the never-ending wave of new ones arriving every month, certain high-profile creators to keep happy with front-page promotion, and shifts in the streaming wars that can upend viewer attention at a moment’s notice, there are always a few series that seem to fall between the cracks.

As a way to help combat that, we thought the time was right to assemble our picks for the best that Netflix has to offer. The streaming service finally buckled and incorporated advertisements into its service in early November 2022. (If you didn’t notice, you’re likely paying for the more expensive monthly subscription tier already.) So, for those subscribers who plan to stick around at the higher price point, that’s even more incentive to get the most out of the staple streamer.

There’s the usual caveat that rankings are inherently subjective (is the 17th-best Netflix show that much better than the 29th-best Netflix show, etc.) but the one thing connecting all of the series in this collection is that we think they’re absolutely worth your time. They may not all end up on everyone’s list of personal favorites — tastes vary! — but it’s a trusty roadmap to get unstuck from mindlessly watching Season 7 of that show you never really liked all that much in the first place.

Narrowing things down to a relatively small number meant setting some guidelines. We weeded out some shows that did their best work before they became Netflix Originals. And although the platform may be home to some amazing shows that premiered elsewhere, we stuck to shows that were either originally produced or distributed by Netflix. To keep matters even more manageable, Netflix’s many one-off comedy specials have been excluded. (Our apologies to Hannah Gadsby’s “Nanette.”)

For each show, you’ll find three things. First, a simple synopsis for those unfamiliar with any of these titles. Then, a few short bursts of insights for anyone who hasn’t taken that particular plunge yet. Finally, we dropped in a link or two to past IndieWire coverage, either interviews with the people who helped make these shows or bonus praise from one of our writers. Regardless of what ends up being the selling point, we hope this helps you find a fresh classic. 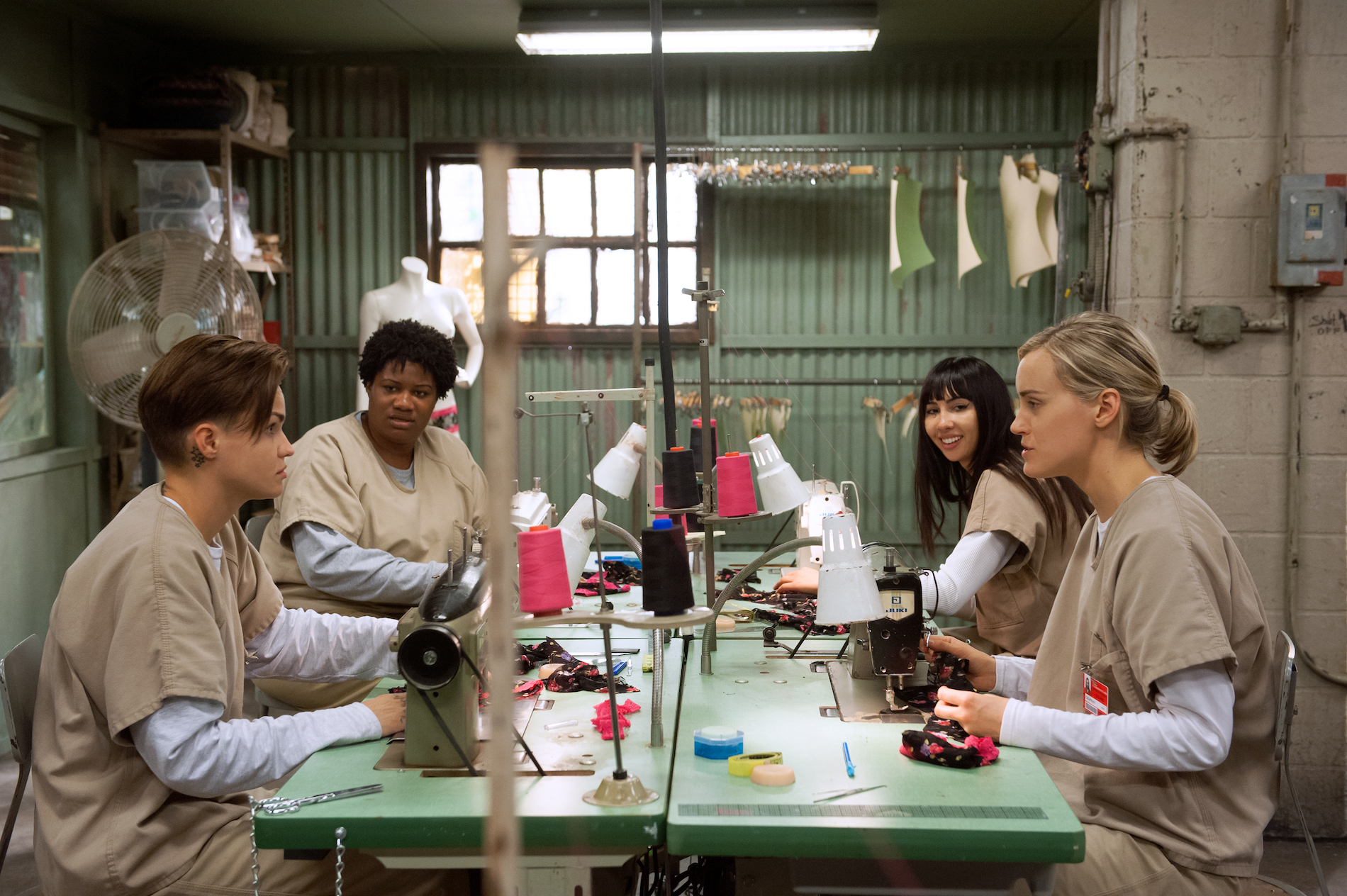 “Orange is the New Black”

What it is: In Jenji Kohan’s sprawling expansion on Piper Kerman’s memoir “Orange Is the New Black: My Year in a Women’s Prison,” a singular ensemble drives a compassionate look at the lives of inmates and guards at a fictional minimum-security federal prison in upstate New York.

Why you should watch it: “Orange Is the New Black” didn’t just make history at Netflix (though its success was an unprecedented leap forward in scripted comedy for the service). With too many standout performances to name (Uzo Aduba! Kate Mulgrew! Samira Wiley! Natasha Lyonne!), the genre-straddling, women-centric dramedy championed diversity onscreen and off, as well as challenged the limits of ripped-from-the-headlines drama for the binge-watching format. —Alison Foreman

Series mainstay Natasha Lyonne explained how the chance to get behind the camera changed the entire trajectory of her career. 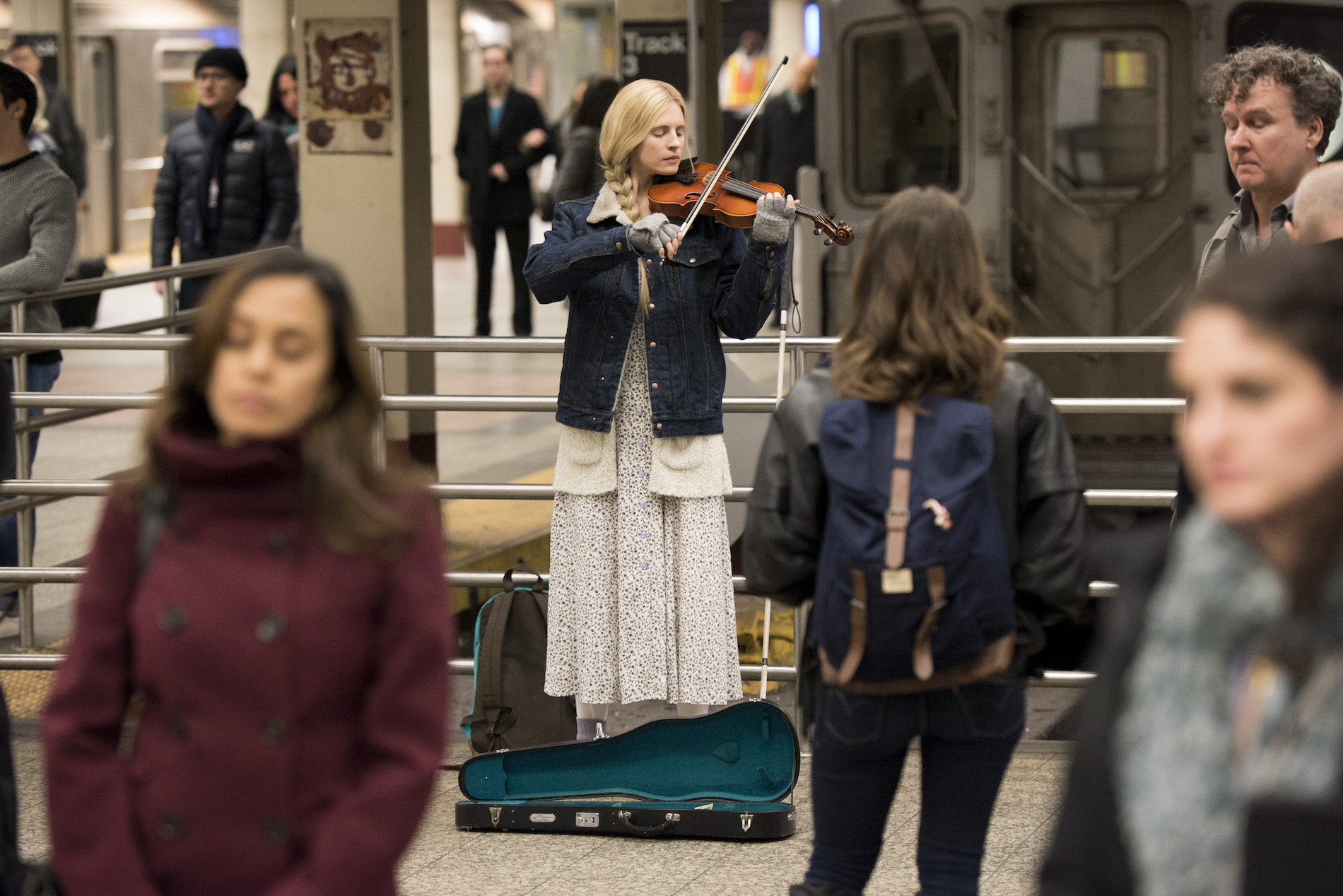 What it is: Creator Brit Marling stars as the titular OA or “original angel”: a woman who mysteriously returns to her adoptive parents after disappearing for seven years. Their reunion reveals a mind-bending epic, cut short by a hard-to-accept cliffhanger.

Why you should watch it: Synonymous with hidden gem, “The OA” is a word-of-mouth sci-fi sensation for a reason. Though Season 1 got a mixed reception from critics (its serpentine storyline proved too difficult to follow for some), the show has since been extensively praised for its ambitious approach to multi-dimension storytelling and is remembered for a Season 2-turned-series finale that left unsatisfied fans grappling with frustrating but fascinating meta-questions about Marling’s under-explored TV universe. —AF

Our Influencers profile on series composers Danny Bensi and Saunder Jurriaans, including thoughts from Marling. 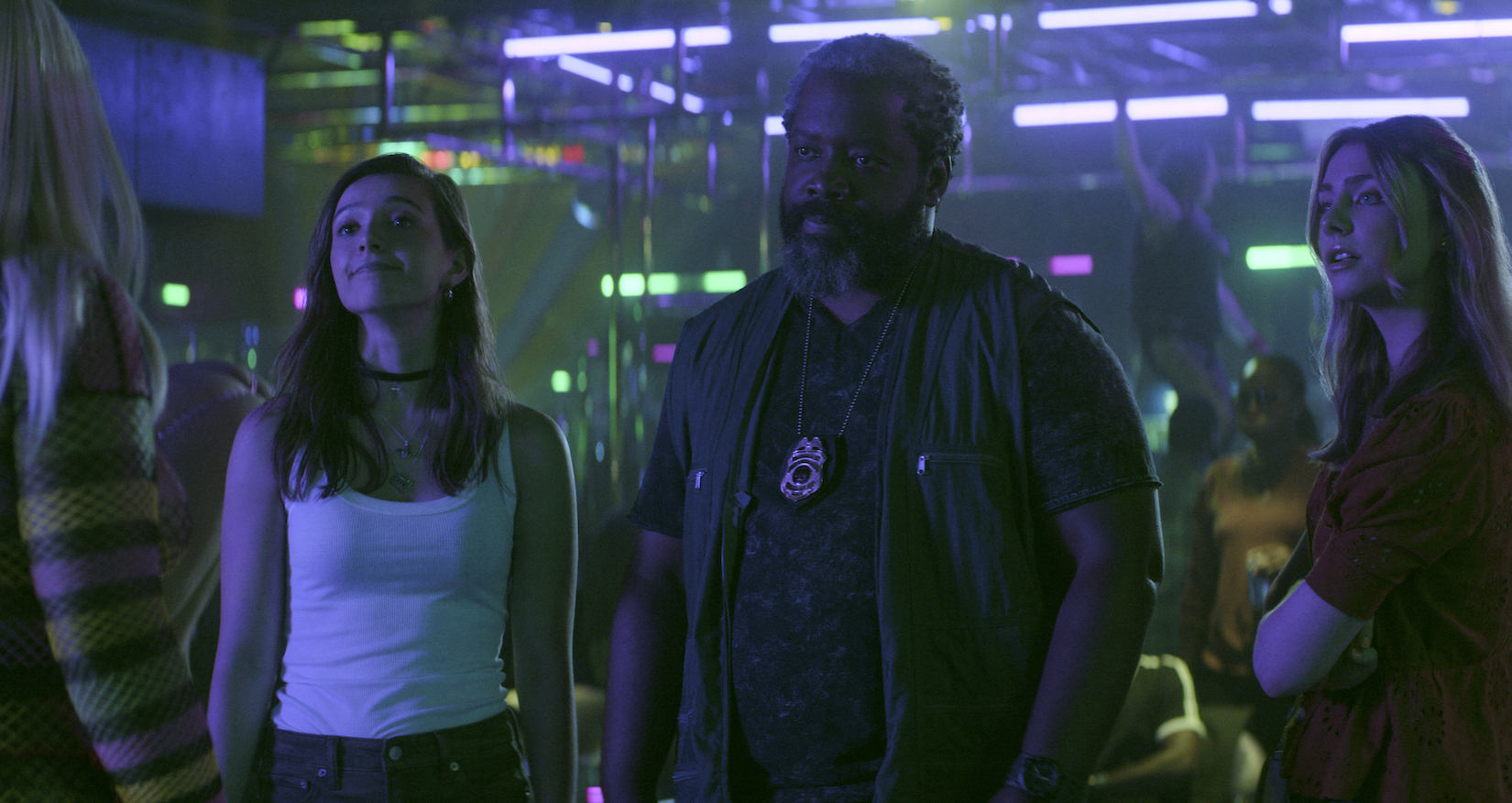 What it is: Twin sisters Sterling and Blair Wesley (Maddie Phillips and Anjelica Bette Fellini) have to secretly balance being apprentices to a grouchy veteran bounty hunter (Kadeem Hardison) with their everyday teen troubles being students at a Christian school.

Why you should watch it: Another entry into Netflix’s far-too-vast canon of shows gone too soon, the Kathleen Jordan-created comedy brought such an original concept to the well-trodden genre of teen TV, mixing in crime caper fun with biting satire of down south, contemporary Christian culture in the Atlanta suburbs. —Marcus Jones

“Teenage Bounty Hunters” was the capper on our list of shows in 2020 that were canceled way, way too early. 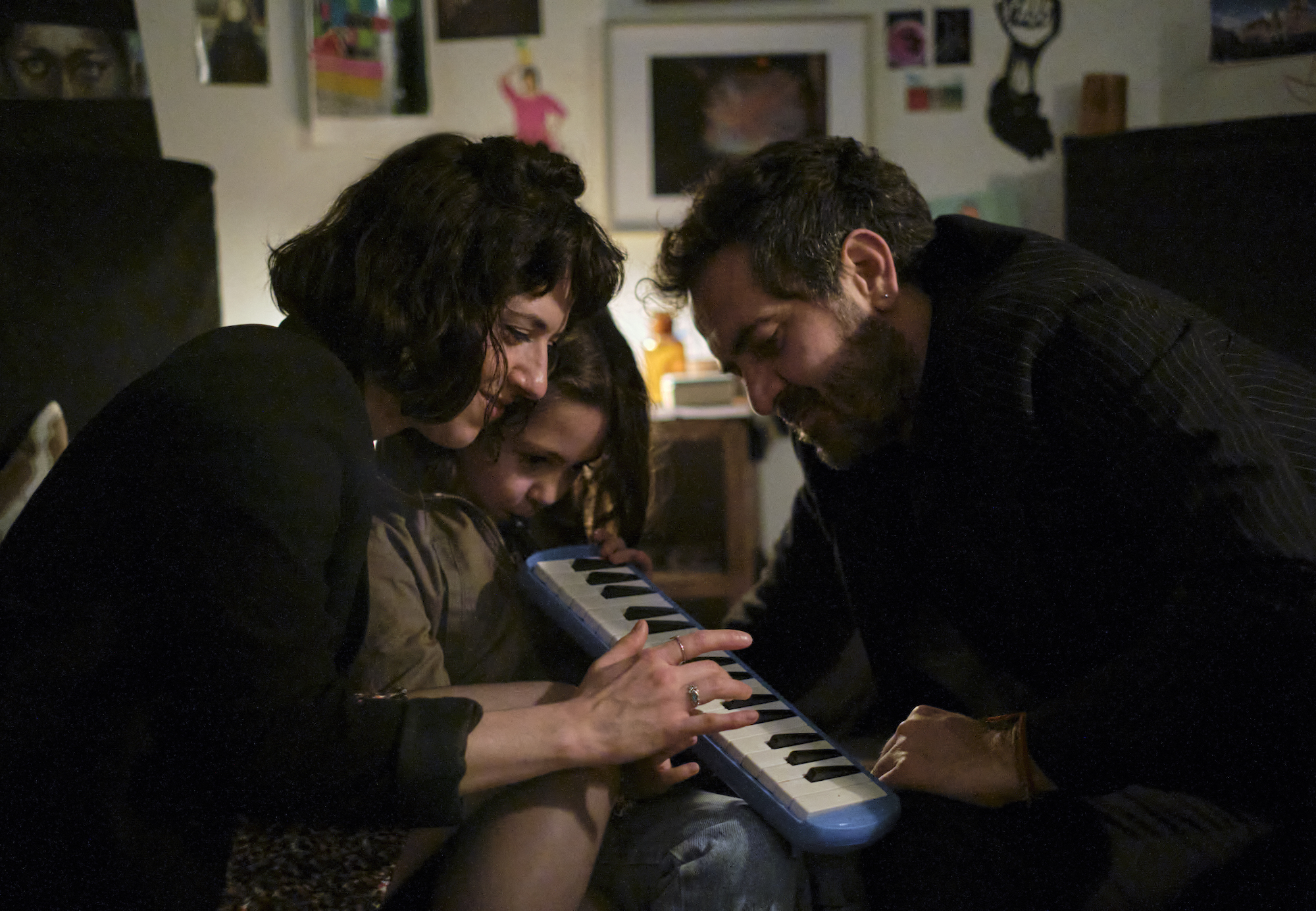 What it is: As Julia (Lucía Uribe) and Ruy’s (Flavio Medina) marriage is crumbling, they try to preserve parts of the life they have and put on a good face for their daughter. When affairs and public controversies start to complicate things even further, the couple is forced to confront their own assumptions about what family means.

Why you should watch it: Now much more known for being in front of the camera on a TV series, this proves that Diego Luna might be an even better director. There’s patience and generosity in so many of the scenes here — whether they feature characters fighting, flirting, or just sitting alone eating — that really let these performances crackle. —Steve Greene

Some additional thoughts on how this show effortlessly moves between rich family drama and dark, biting comedy. 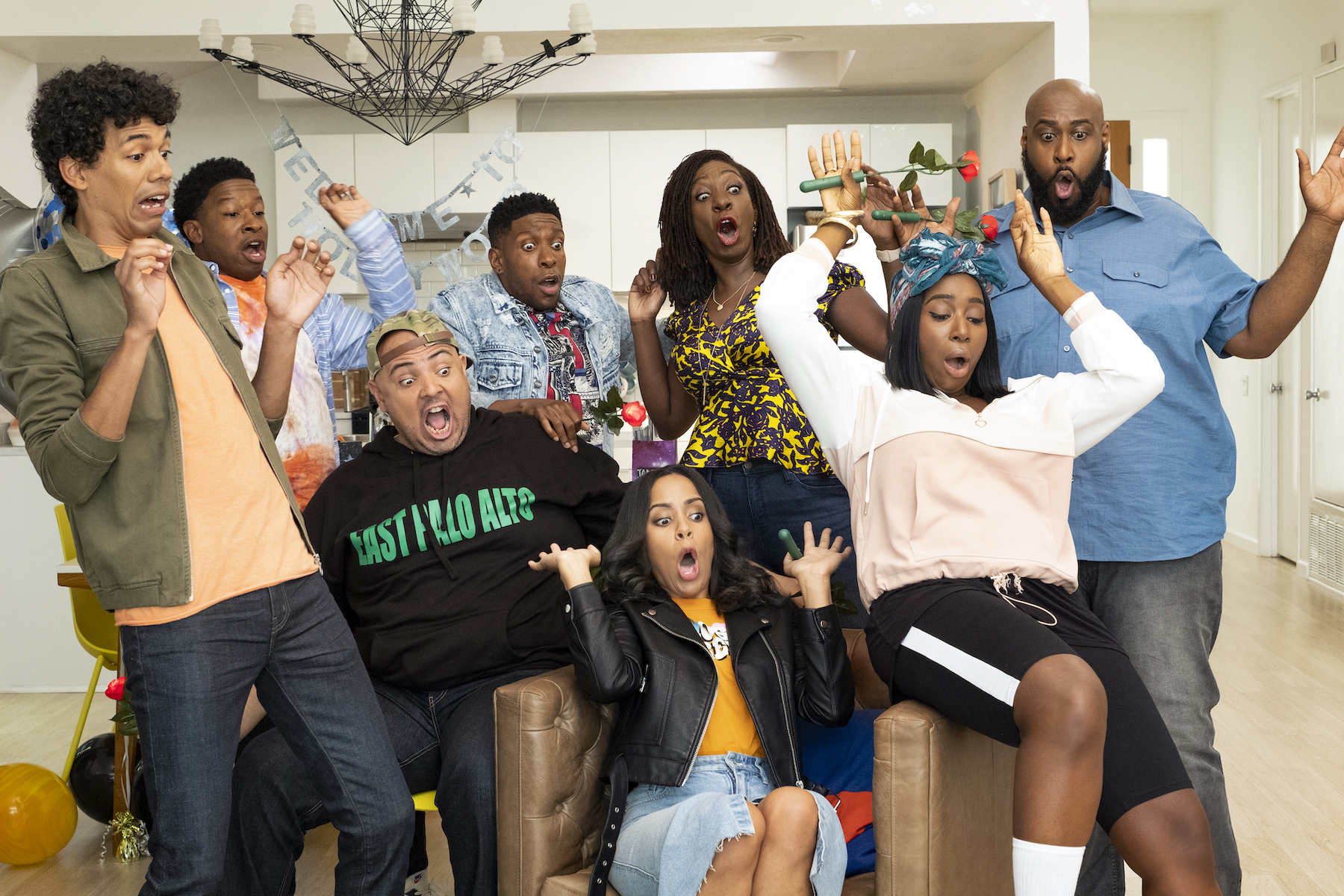 What it is: The first all-Black Upright Citizens Brigade team — known since their founding as the Astronomy Club — entertain in this single-season sketch celebration featuring reality show framing.

Why you should watch it: “Astronomy Club” stands out not just for its spectacularly funny writing (“You just peanut butter and jealous!”), but also the well-earned chemistry of its stars. Players Shawtane Bowen, Jonathan Braylock, Ray Cordova, Caroline Martin, Jerah Milligan, Monique Moses, Keisha Zollar, and James III exude comfort that makes their comedy at once punchier and warmer. —AF

A tribute to the season that was and some thoughts from the cast about where their collaborations could head next. 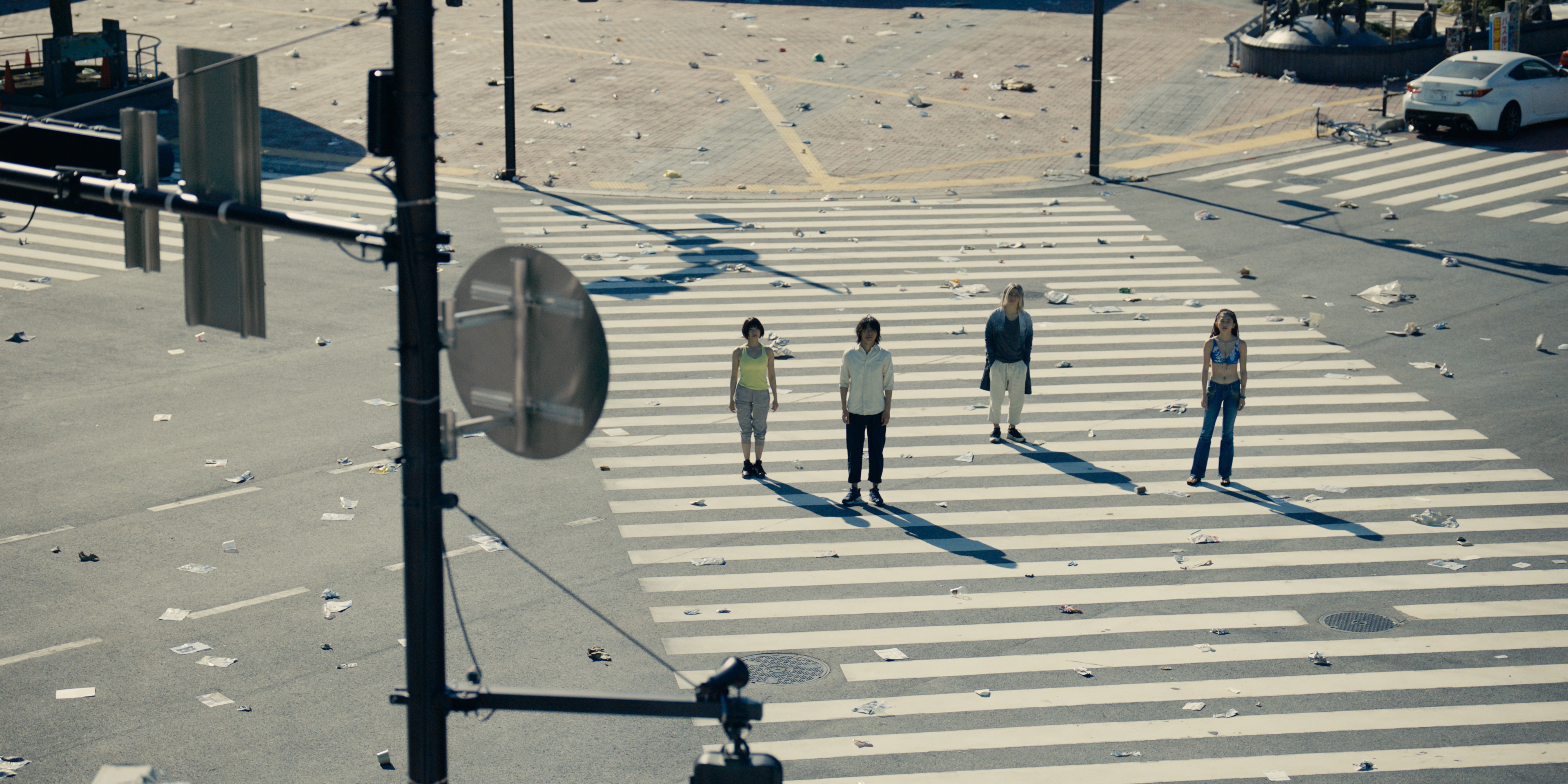 What it is: When Tokyo instantly transforms one afternoon into a deserted, abandoned city, a handful of friends find that in order to stay alive and have a shot at returning to their own reality, they’ll have to endure a series of challenges categorized by a mysterious deck of playing cards.

Why you should watch it: It got crowded out a bit by a certain other “solve puzzles to earn your survival” show that came along a few months later — but don’t sleep on this Shinsuke Sato manga adaptation that has just as much high-stakes blockbuster detail in its favor. The opening episode’s challenge, based around a deadly guessing game, wastes no time setting up the thematic throughline of the series: In a ruthless competition like this, no one is safe. —SG

A more detailed case for why “Alice in Borderland” is a worthy entry to the Netflix puzzle box canon. 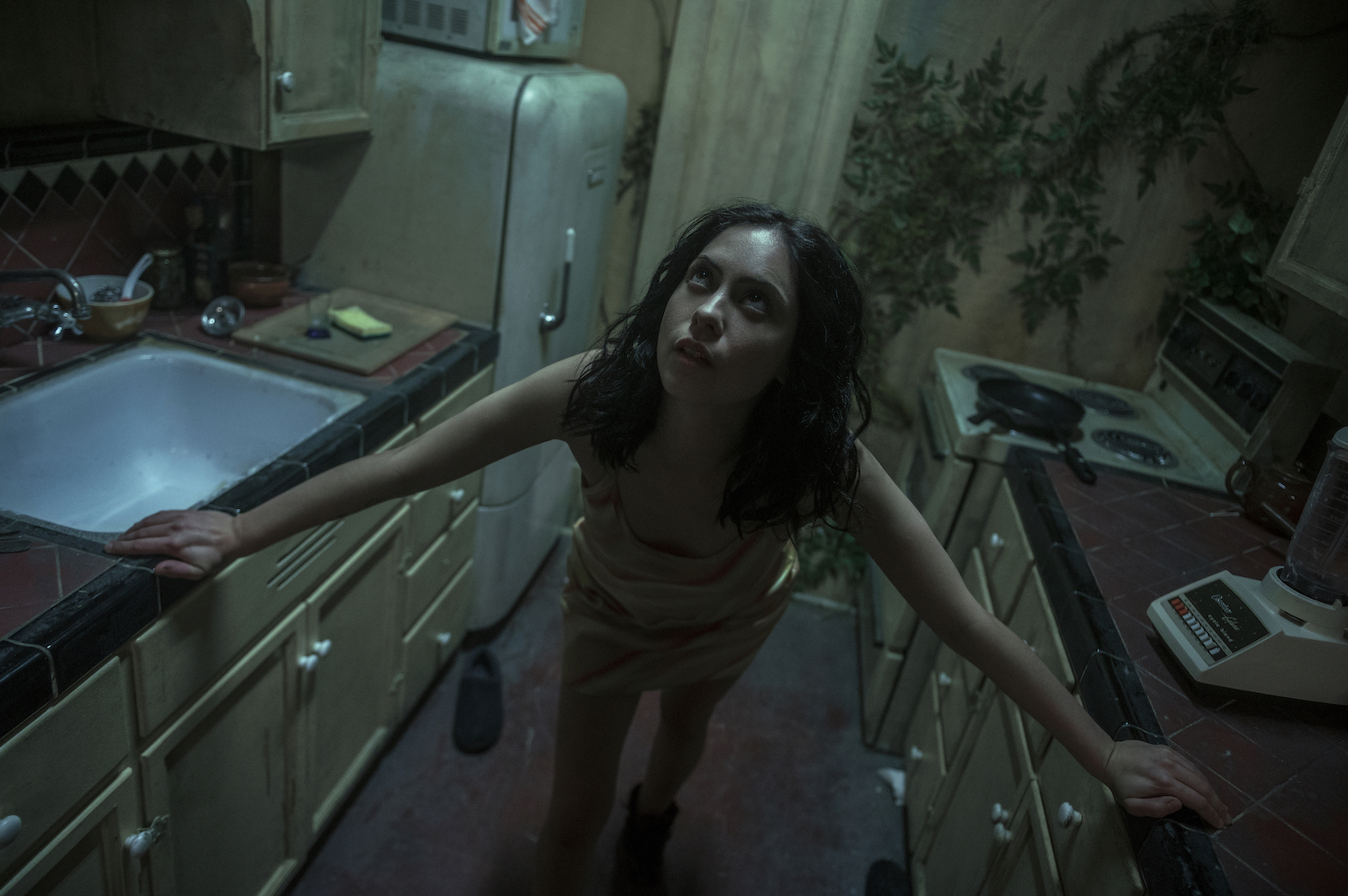 What it is: An aspiring indie filmmaker (Rosa Salazar) visits ’90s Los Angeles in search of her big break. What she finds is a city, an industry, and some odd strangers who all seem to be in the grasp of something that’s out of this world.

Why you should watch it: As dizzying as show-biz stories can get, this uses some surprising, nasty genre storytelling to get at the heart of Hollywood shininess and rot at the same time. It takes a lot of work to make chaos feel this controlled, but from the closing moments of the first episode on, there aren’t many series that are as impossible to predict as this one is. —SG

A look into the practical work behind some of the season’s most memorable moments, courtesy of a conversation with showrunners Lenore Zion and Nick Antosca. 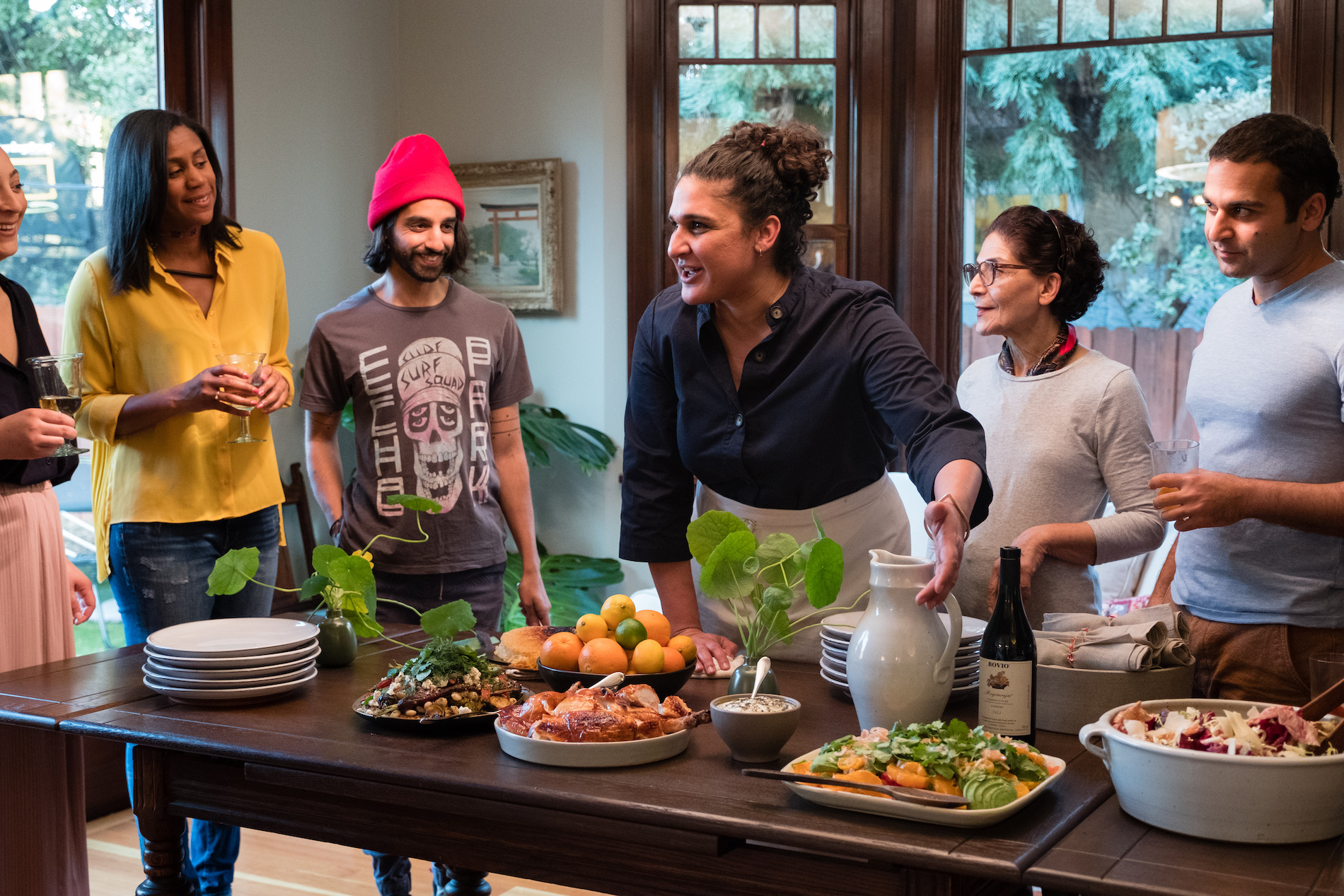 What it is: James Beard Award-winning chef and author Samin Nosrat travels the world to showcase a diverse array of great dishes that have the four essentials listed in the show’s title.

Why you should watch it: The simplicity of Nosrat’s cooking edict, along with her gentle instruction and infectious enthusiasm, make for an interactive watch: It’s enough for viewers to start taking her suggestions to heart and get more involved in the kitchen. The visuals are also sumptuous, making even a shot of a loaf of focaccia bread look like a cinematic work of art. —MJ

Nosrat talked about her journey to becoming a TV host, and which of the four episodes ended up being the hardest to make. 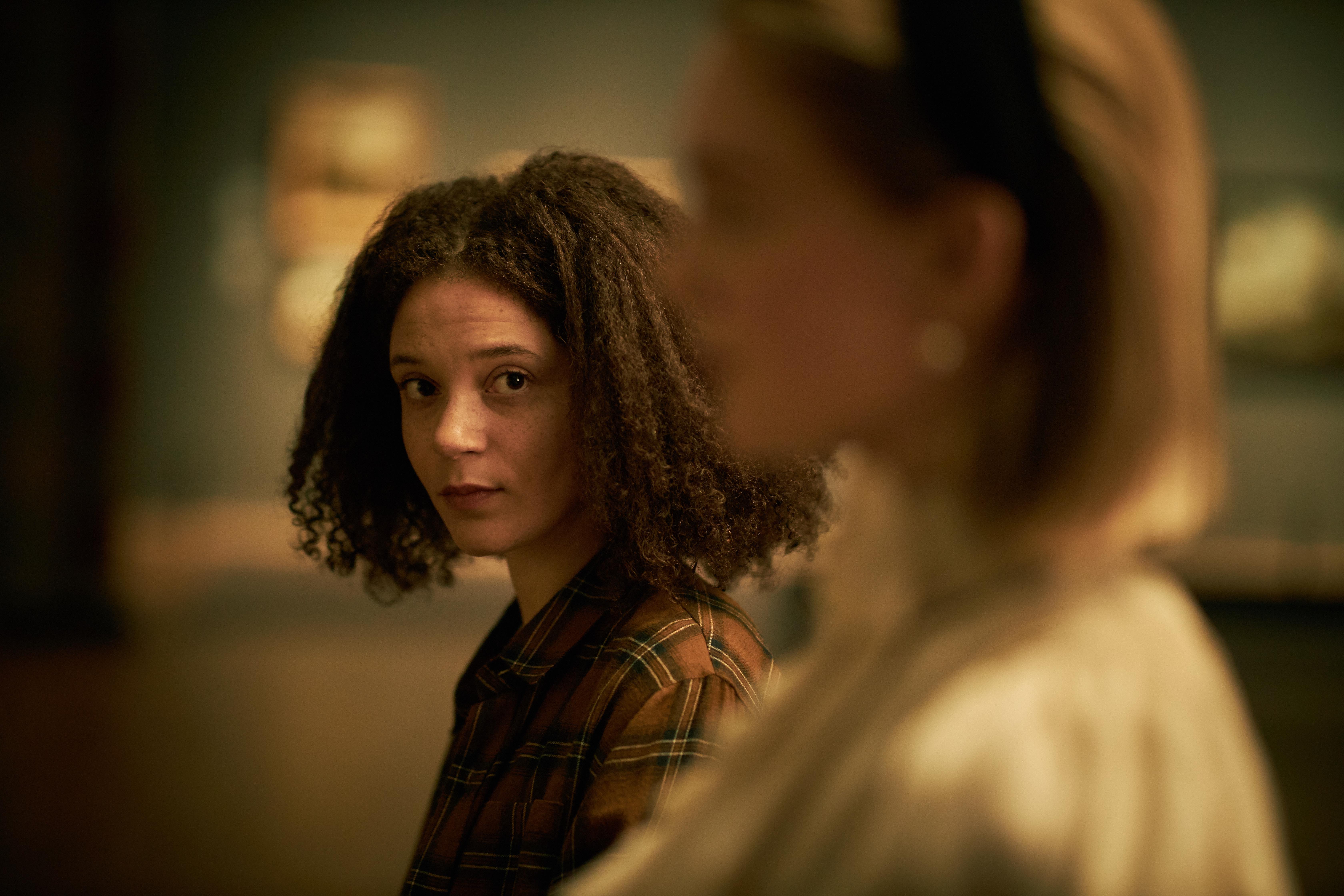 What it is: This Dutch horror series follows a new medical student (Jade Olieberg) who shows up for a university initiation ritual and ends up discovering the sinister forces keeping the school afloat and its members in power.

Why you should watch it: Brutal and elegant all at once, this is a show that’s both a visual feast and parade of horrors. Striking color, patient camerawork, and a keen eye towards corruption of all kinds is what makes this far more than just a college/conspiracy story mash-up. You’ll never look at masquerade masks or a ball of dark goo the same way ever again. —SG

It’s one of our no-brainer choices for the Best International Series on Netflix. 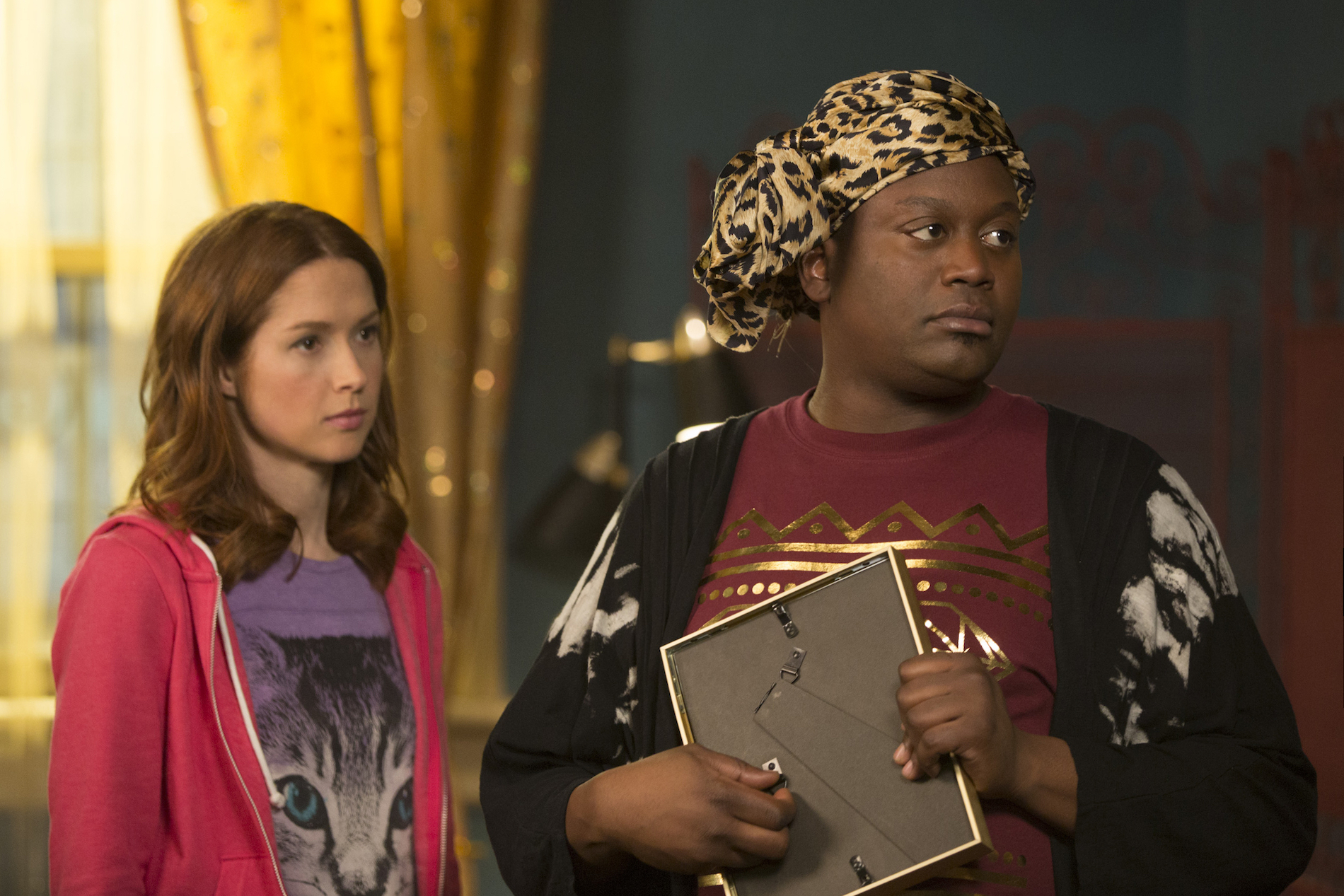 What it is: Tina Fey and Robert Carlock’s comedy about a woman (Ellie Kemper) who spent 15 years imprisoned in a bunker with a cult leader is as kooky and optimistic as its premise is bleak. As Kimmy catches up on the years she missed, she finds the company of wannabe diva Titus (Titus Burgess), eccentric/possibly dangerous landlady Lillian (Carol Kane), and self-absorbed, oblivious rich employer Jacqueline (Jane Krakowski).

Why you should watch it: From the first weekend when that theme song got stuck in everyone’s heads, “Kimmy Schmidt” found something special. The show exemplifies the absurd humor its creators honed on “30 Rock” — humor that pops up in “Girls5eva” and the criminally underwatched “Great News,” but which truly thrives on “Kimmy Schmidt.” Packed with cameos, flights of fancy, and complete with a choose-your-own-adventure movie finale, “Kimmy” is not only unbreakable but audacious in finding hope and humor after trauma. —Proma Khosla

Once the show wrapped its final full season, Fey and Carlock reflected on what it took to say goodbye.
Click to expand...

news ‘Wednesday’ Renewed for Season 2 on Netflix (Nope, Not Amazon)

news ‘1899’ Canceled by Netflix After One Season