For winners at the Film Independent Spirit Awards Sunday, the mood was one of community-oriented gratitude. The show, like so many other celebrations of cinematic excellence, is often defined by speeches filled with breathless lists of thank-yous. But that took on a different flavor this year: Sunday marked the first time the show has been staged in person in two years, and it comes as Hollywood has been in a tizzy over the Academy’s decision to omit eight categories from the live broadcast when the Oscars air next month, in favor of editing in pre-taped segments for short-film and below-the-line categories like sound and editing.

Among those who used their time during the live broadcast of the Spirit Awards on IFC to champion their often-under-appreciated collaborators was Ruth Negga, who won the award for best supporting female for her role in “Passing.” Zooming into the ceremony remotely while on rehearsals for “Macbeth” on Broadway, she said she wanted to share the award with the entire cast and crew of the Rebecca Hall-directed film.

“Nothing can be created in isolation without anybody else. We create in solidarity with others,” she said. “And so I feel like this is an award for all of us.”

And the sense of gratitude and community went all ways. Also winning for his work on “Passing” was Eduard Grau, who took home the trophy for Best Cinematography. Backstage, he was asked about his experience working with leads Tessa Thompson and Ruth Negga. “You just reminded me, I forgot to mention them in my speech, I was too nervous — but I do love them!” he said.

Troy Kotsur, who won the award for Best Supporting Male for his performance in “CODA,” even made a point to come back to the press room five minutes after he completed his interview and photo-op to say that nerves, too, made him forget to thank someone during his televised acceptance speech: costar Emilia Jones.

Late last month the Academy announced that segments awarding eight categories will be pre-taped, rather than presented live, when the ceremony airs on ABC on March 27. They are film editing, documentary short, makeup and hairstyling, original score, production design, animated short, live-action short, and sound.

It bucks tradition for the Oscars, but it’s not unusual for awards shows to keep things lean and mean by limiting airtime for categories that don’t feature boldfaced names. In fact, the Spirit Awards omitted several awards from its live broadcast Sunday, including Grau’s win and Joi McMillon, who won for Best Editing for “Zola.” Similar to years past, the production included pre-recorded clips of those wins, but in this heightened state of awareness around appreciation for the crafts, journalists and other industry figures took to Twitter to point out this dynamic.

McMillon was asked about the Academy’s decision backstage.

“We’re kind of the unsung heroes of the film industry. We’re essential but oftentimes forgotten in the celebration. I do appreciate a lot of people who have accepted awards, I’ve heard them personally thank their editors,” McMillon said.

McMillon was nominated for an Oscar in 2016 for her work on Barry Jenkins’ “Moonlight.”

“It’s not lost on me the representation that I represent being the first Black female nominated for an Oscar. I’m blessed to win a second time the editing award for the Spirit Awards. I know I represent so much more than myself. I hope my story will have people acknowledging film editors around the world.” 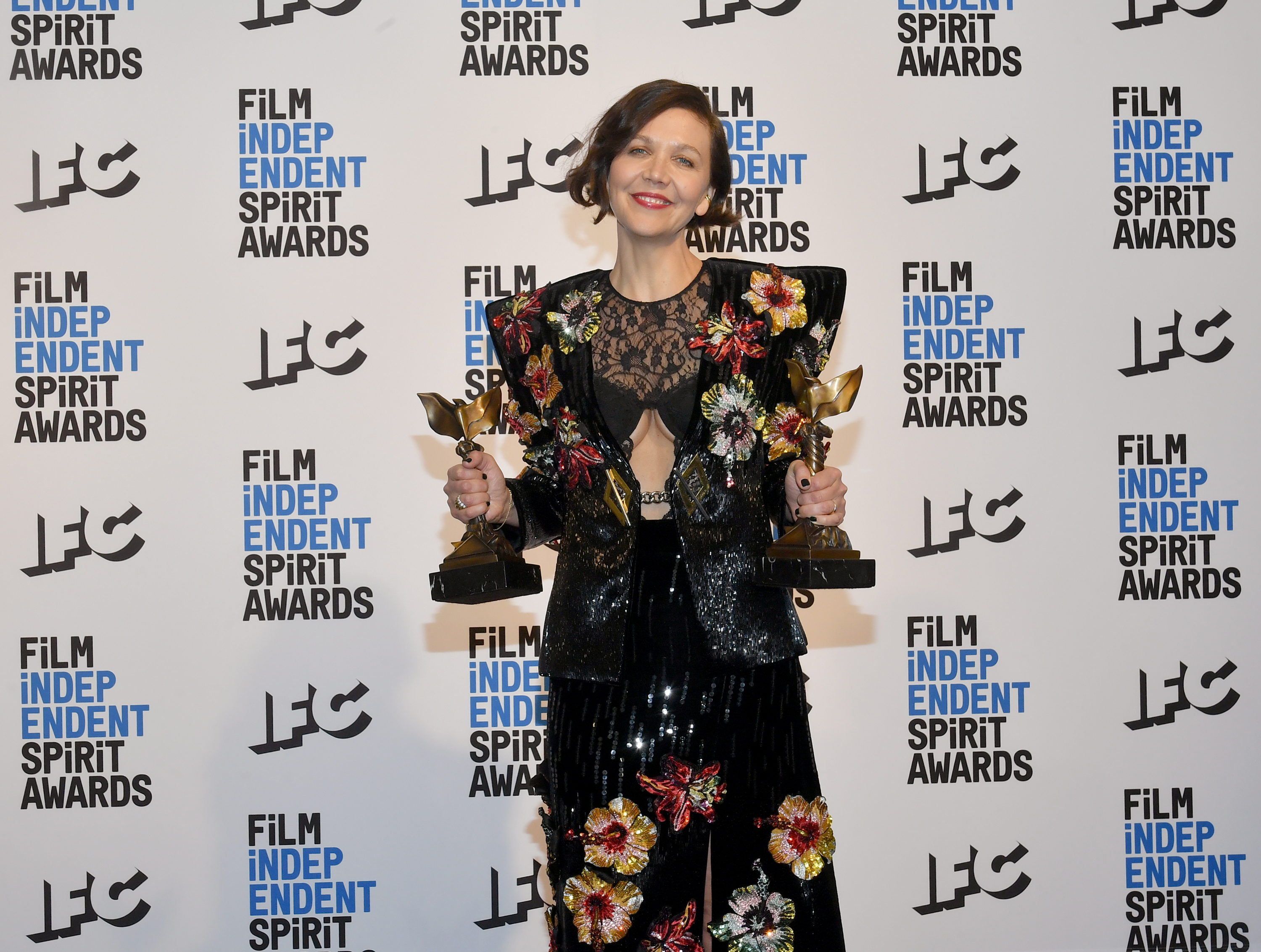 Another award not presented live was Best International Film, which went to Japan’s “Drive My Car,” which is nominated for four Oscars including Best Picture. Producer Teruhisa Yamamoto was presented with the award during the live broadcast’s commercial break. He spoke in Japanese and relied on a translator who spoke English, extending the amount of time he was on stage to the extent that he was rushed off with a music cue as the show returned from the commercials. The cue-off prompted boos from the crowd.

Backstage, Yamamoto was asked to describe the experience of seeing his film, at over three hours and in Japanese, achieve so much recognition in the U.S., he offered an answer in English: “miracle.”

Maggie Gyllenhaal, who won three awards for “The Lost Daughter” — best feature, director, and screenplay — said her experiences working as an actor informed her style of collaboration as a writer-director: collaboration that involves recognizing every craftsperson and actor on a film is offering their own interpretation of a writer and director’s work.

“In terms of my crew, I guess I have learned as an actor that it’s really not a good idea for me to work with people who I don’t utterly respect. So I asked people to come work on ‘The Lost Daughter’ who I had huge amount of respect for,” she said.
Click to expand...

news Spirit Awards Give Oscar Bump to ‘The Lost Daughter,’ ‘Summer of Soul,’ and ‘Drive My Car’