The “Squid Game” competition never ends, as the smash hit Netflix series from South Korea earned 14 Emmy nominations on Tuesday. Among those was an acting nod for Lee Jung-jae, nominated for Outstanding Lead Actor in a Drama Series for his performance as Seong Gi-hun on the worldwide smash hit.

The actor spoke to IndieWire via Zoom fresh off the nomination announcement about Season 2, global stardom, and who he wants to meet at the Emmys.

IndieWire: You’ve just been nominated for your first Emmy. How do you feel?

Lee Jung-jae: have to say that something unbelievable has happened once again, to me and to the “Squid Game” team. I mean, 14 nominations! I’m just so grateful and I feel that I’m really blessed. I’m very happy.

What’s it like having international fans who know you only from this?

I’ve met many fans who came to know me through “Squid Game” and have become interested in my other work; have chosen to see my other films that I’ve appeared in. They’ve given me a lot of good comments, and they were curious to know which film or which show I would be in in the future… Also I have this film that I directed that is going to be released soon [“Hunt”]. We did the world premiere at the Cannes Film Festival and I was very happy to see good responses from the audience as well at the festival.

Have you had any wild fan encounters in public?

Yes, I find myself visiting foreign countries and going abroad many times these days. Before, I would be able to walk down the streets with nobody noticing me, but these days literally everybody would come up to me asking for a picture or an autograph and they’re asking me if Season 2 is coming out soon. So it’s very crazy to see so many people noticing me. I feel very happy to be able to share this great moment with so many. 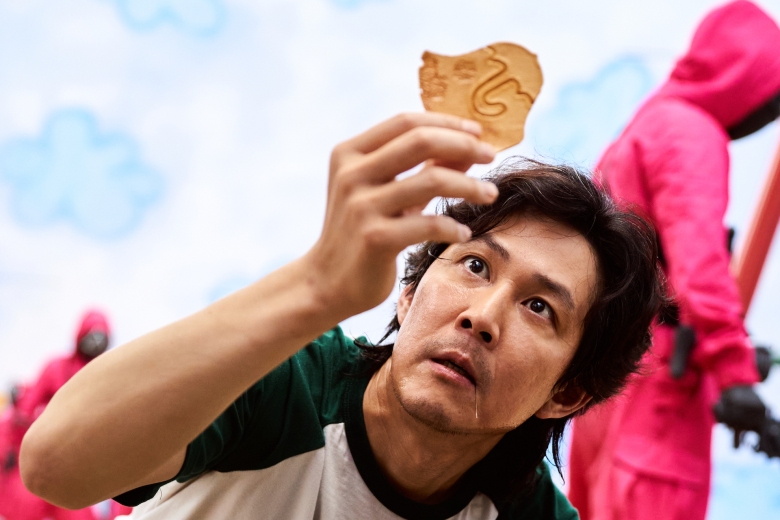 Well, I also have to ask about Season 2. Can you tell us anything?

Yes, I’m dying to know as well! But I’m trying not to ask the director any questions because I have to have that very striking feeling when I read the script for the first time to be able to translate that intense emotion into my performance. So I’m just waiting until that moment when I get the script.

Do you know if you have to dye your hair again?

I haven’t asked the director that either. Next time [I see him] I’ll make sure to ask.

Why do you think “Squid Game” resonated so strongly with people?

I think there are many reasons. Primarily [it’s] the fact that the games are very easy and unique at the same time, and also simple enough for people to easily follow and copy. And I think the most important factor was the fascinating characters. They thought that the characters were very compelling. The audience members saw themselves in some of the characters and other people in other characters. This helped them form emotional bond with most of the characters. I think as they saw these players, contestants, desperately trying to survive in those games, they saw themselves and issues [with] some social problems in our times. So that really resonated with them.

What are you most excited about at the Emmys?

Right now I’m just trying to process everything and I’m so overwhelmed. I’m excited about the fact that we got 14 nominations, and I’m also excited to head over to the United States with all the nominees in Korea. I have been a huge fan of Meryl Streep for a long time — I had been dying to meet her and I had a chance to meet her a while ago, but I completely froze so I couldn’t go near her. If I have the chance to meet her again. I would definitely try to go up to her and ask for a picture.

To keep updated with IndieWire’s coverage throughout Phase 2 of Emmy season, click here to sign up for our awards season and TV e-mail newsletters, as well as breaking news alerts.
Click to expand...

news ‘Wednesday’ Showrunner Wants to Show More of the Addams Family in Season 2: ‘We Just Touched the Surface’