news ‘Last Chance U: Basketball’ Review: A Fantastic Expansion of One of TV’s Most Dependable Franchises

“Last Chance U” has a complex relationship with yelling. Any portrait of a collegiate sports team is going to have its fair share of volatile moments, whether in the heat of a game or in some high-friction practice sessions. There were plenty of them over the five seasons that “Last Chance U” became a Netflix institution, following a junior college football team each fall. Emotions ran high for players looking to make their mark at their current level, with an eye toward advancing to a more prominent professional stage. Coaches toed the line between discipline and power, trying to assert their authority over an assorted group of young men.

In “Last Chance U: Basketball,” the documentary team’s first foray into a new sport, East Los Angeles College coach John Mosley has plenty of impassioned speeches of his own. Yet, that same occasional volatility over the course of this eight-episode season is one indication of how the franchise has evolved over the better part of a decade, building on its person-to-person insights that have consistently separated “Last Chance U” from the myriad other shows profiling on-the-verge contenders. The filmmaking team, led by executive producer and director Greg Whiteley, paints a picture of a basketball team motivated by a common goal and united in ways even this excellent series hasn’t previously shown.

Right away, “Last Chance U: Basketball” benefits from telling the story of a smaller team. Gone are the outsized football rosters that, even with their best efforts, left dozens of players to become little more than helmeted background extras. With the more compact dynamic of a basketball team (and a much smaller assistant coach list, too), this look at the ELAC Huskies takes advantage of being a closer-to-comprehensive consideration of the team in full.

That starts with Mosley, the latest in a long line of “Last Chance U” coaches with ample charisma. Some seasons have seen coaching styles that verge on tyrannical, arguably more a symptom of the sport’s inherently rigid hierarchies. “Last Chance U: Basketball” dispenses with a lot of those militaristic streaks, showing Mosley as something closer to a contemporary. He’s an alum of the school who feels more comfortable going toe-to-toe with some of the Huskies’ current stars than a football coach would be trying to square up against an offensive lineman. His unpredictability is based less in mood swings than the intensity with which his enthusiasm manifests on any particular day. 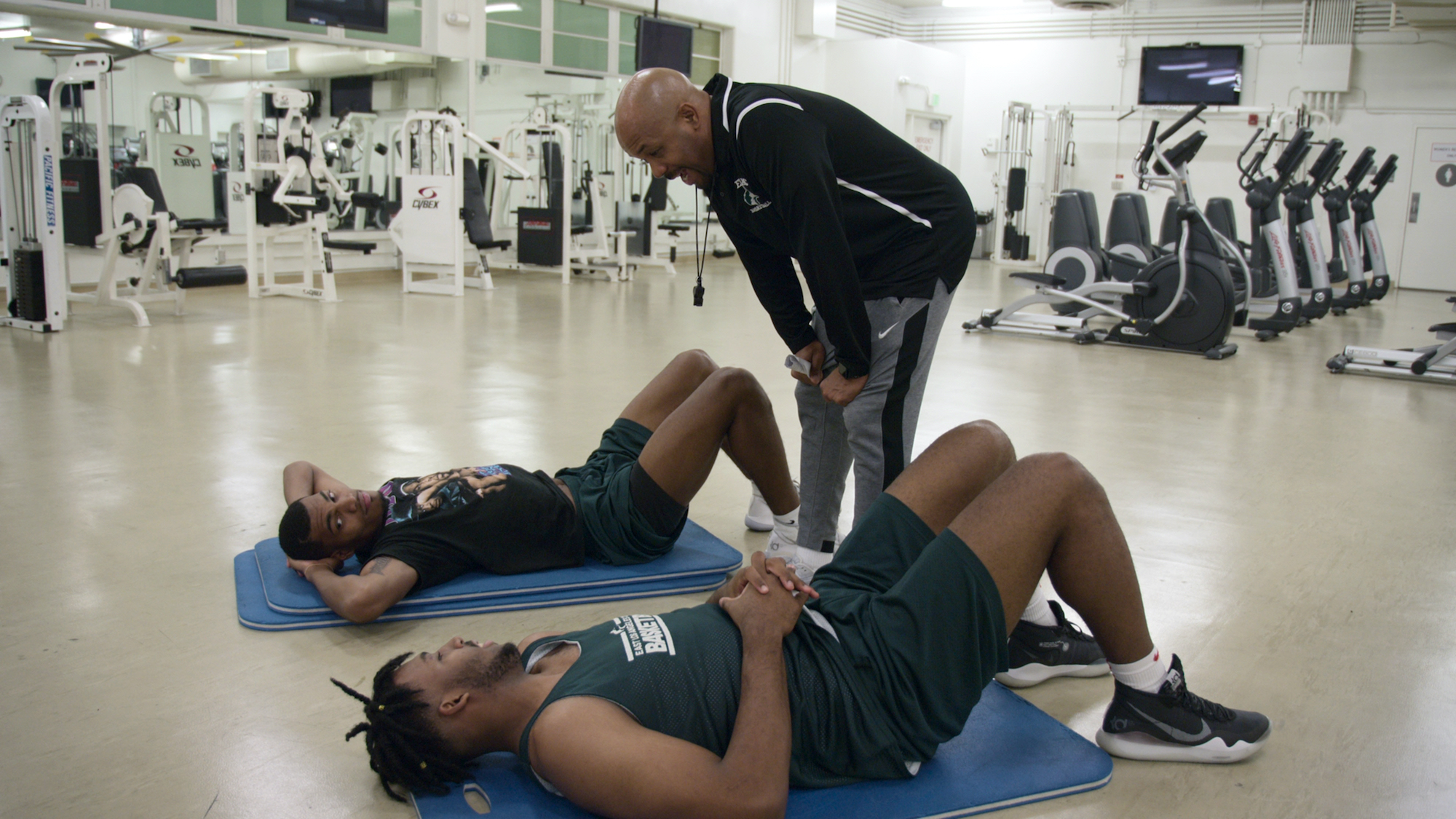 Players are forthcoming about the inherent advantages and frequent challenges that his coaching style — and the broader circumstances of life at junior college — can bring. Like the best “Last Chance U” seasons, this collection of ELAC episodes strikes a nice balance between highlighting school staff and these players trying to plan for their respective futures. At least once an episode, the show weaves one player’s personal history into the team’s overall quest for a state championship. The 2019-2020 Huskies have a mix of former Division I prospects, players overcoming unforeseen injuries, and students whose academic struggles have delayed their chances at a significant athletic scholarship. Some are dealing with the lingering effects of losing family members, while others are navigating renewed relationships with once-distant parents.

The interviews that peel back these sometimes-guarded exteriors happen in recognizable “Last Chance U” style, meeting players and coaches wherever they may be. Often, such sit-downs happen on the side of a bed or in an office chair, making these windows into players’ and coaches’ pasts as comfortable as they are well-lit. With Whiteley and fellow directors Adam Leibowitz and Daniel McDonald (who also worked together on last year’s “Cheer”), the overall rhythm of the season is informed by the game-to-game schedule without being completely locked into it.

On an in-game action level, “Last Chance U: Basketball” takes advantage of the different logistical opportunities of a new sport. Not having the need to juggle as many players means that the show can get even more candid, mic’d up moments. The indoor gym makes for a different atmosphere than the outdoor football fields. The constant action and rhythms of a basketball game lead to game action that flows more naturally instead of the roller-coaster of big-play buildups. Bench reaction shots are easier to show and capitalize on than a fragmented, spread-out sideline. One episode even gives a quick peek at a camera operator on a hoverboard-style contraption, something that definitely would not have been a functional option on grass or turf. 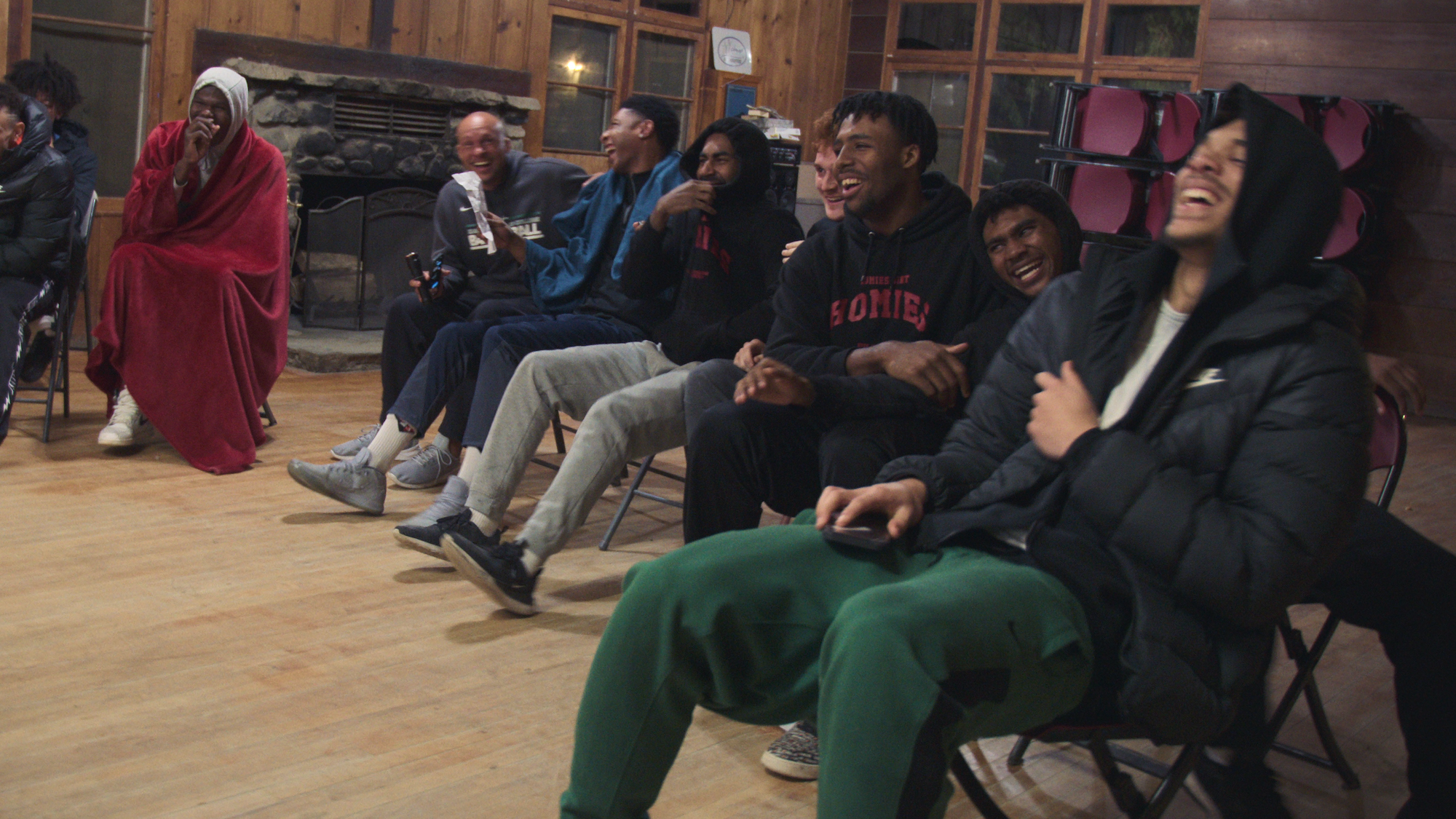 Blending the highlight reel feats (breakaway layups have rarely looked better than in slow motion with The Isley Brothers’ “Footsteps in the Dark” playing underneath) with the revealing downtime developments (arguments with referees and locker room boiling points alike), “Last Chance U: Basketball” avoids having to derive its worth solely from the Huskies’ on-court performance. It mirrors Mosley’s stated goal of preparing his players for whatever comes next, outside of wins and losses. One of the Huskies’ blowout wins plays out like a disappointment, as players and coaches express their frustration at how exactly the team is performing. With a relative dearth of buzzer-beater drama, this is a show that knows how to find meaningful tension in places other than a scoreboard.

And, as usual, the season’s biggest highlights come from the off-court action. ELAC isn’t the first “Last Chance U” foray into California (the show’s fifth football season embedded with a team in Oakland after two years in Scooba, Mississippi and Independence, Kansas), and this new basketball journey wastes no time following players out and about. Their time grabbing meals from food trucks is just as enlightening as any stints in the weight room. The season’s high point comes when the team goes on a weekend retreat in the nearby Angeles National Forest.

The result of all these incremental changes is a “Last Chance U: Basketball” season that gives an even more thorough feel of an entire team than usual. Certain players are under a more-focused microscope, a natural outgrowth of how much attention they get from visiting coaches. But in the reverse shot of those locker room pep talks, with a good chunk of the roster in view, there’s an even better understanding of how all of these athletes form a cohesive unit. It’s easier to see each of them score, to track each of their interpersonal relationships, to note which players emerge as team leaders as the season gets closer to the end.

Inevitably, “Last Chance U: Basketball” becomes the show’s clearest time capsule to date. With so many of the players being local Southern California recruits, one significant early-2020 story in the basketball world looms large over the latter part of the season. And given the season-long timeline, the longer these games stretch into February and beyond, the familiar markers from those weeks start to seep in. It all culminates in a season ending that’s wrenching for every reason you can sense is coming. But in true “Last Chance U” form, that’s not intended to be a conclusion. Despite what the title might say, there’s still the promise of another chapter even after the cameras stop rolling.

“Last Chance U: Basketball” is now available to stream on Netflix.
Click to expand...