HBO’s “Insecure” has been justly celebrated for its visual style. The show creates a portrait of South LA that is richly textured and eyepoppingly lush, the perfect stage for Issa (Issa Rae), Lawrence (Jay Ellis) and friends to seek out love and happiness while flailing through the awkwardness of dating, having careers, and being alive in the 21st Century. Or simply just being Kelli Prenny (Natasha Rothwell).

Ava Berkofsky, who joined the series as its director of photography in its second season and directed episodes in Seasons 4 and 5, has always paid special attention to the diffusion techniques, reflective lighting, and sumptuous color contrasts that makes the cast look not just good but fine. As the series has gone on, though, Berkofsky has subtly evolved the series’ style to capture where the characters’ find themselves ending up. In this final season of the show, there’s still plenty of awkward party interactions and club dates that look velvet smooth, but also a more relaxed and stable camera.

“The journey of Issa’s character has, you know, she’s really come a long way. She’s really finding her strength and finding herself and her place in the world,” said Berkofsky. “And so the staccato way of shooting that we’ve always done and that’s been so fun for me with these like awkward frames and cutting apart the moments, I did less of it this season and shot [the show] more fluidly, because it’s a reflection of the character. And I’m really glad to end on that note.” 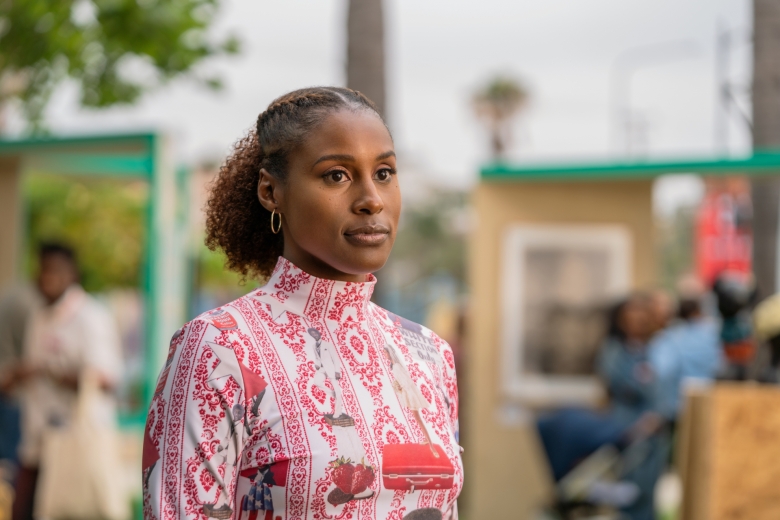 It was a note Berkofsky was able to explore in depth in the episode they direct, “Pressure, Okay?” where Lawrence’s son is born and he and Condola (Christine Elmore) have to work through the pains of parenting, both apart and together. It’s tonally, narratively, and visually a big contrast to Berkofsky’s bottle episode from Season 4, “Lowkey Happy,” where Issa and Lawrence have an emotionally and visually warm heart to heart. “That was a good challenge for me in terms of how do I approach something that is more jumpy, [where] so much time passes? You have to convey time passing without anything other than a few quick images and how do you do that in a way that’s not a total trope?” said Berkofsky.

The camerawork Berkofsky chooses doesn’t rely on short shots and an editing rhythm that runs on punchlines the way earlier seasons of the show have in order to show this new stage of Lawrence’s life, though. Instead it’s a visual eye that’s very attuned to the passage of time, to the gold and bruise-dark blacks of an all nighter (either working or taking care of a fussy baby) and the soft eggshell blues characters miss when they fall asleep just before the sun rises. The camera is calmer and more judgmental, particularly of Lawrence in the first real episode of the show that focuses on him alone. But following even just one character can be tricky, when the episode only has 3o minutes to show a range of backsliding, anxiety, frustration, and also growth over months of in-show time.

“We did some split screen work to try to show time passing and the parallel lives, that are not-so-parallel, that our characters are living,” Berkofsky said. “I really wanted to make sure was that I didn’t get lost in the sauce, you know, in how much there is to the episode. I wanted to make sure I really landed Lawrence’s emotional beats.” Even within these, there are great touches of “Insecure’s” visual elegance, as when a constellations night-light Lawrence has bought for his son plays over his own face in his empty apartment. Even within the episode, too, the camera gets a little messier when Lawrence makes a scene at a baby shower. “I wanted to make sure that [Lawrence’s] rock bottom wasn’t candy coded. And that’s why I went handheld in that scene,” Berkofsky said. “I was trying to make it feel very connected [to Jay Ellis’ performance] and I didn’t want any style in that moment that would be in any way distracting.” 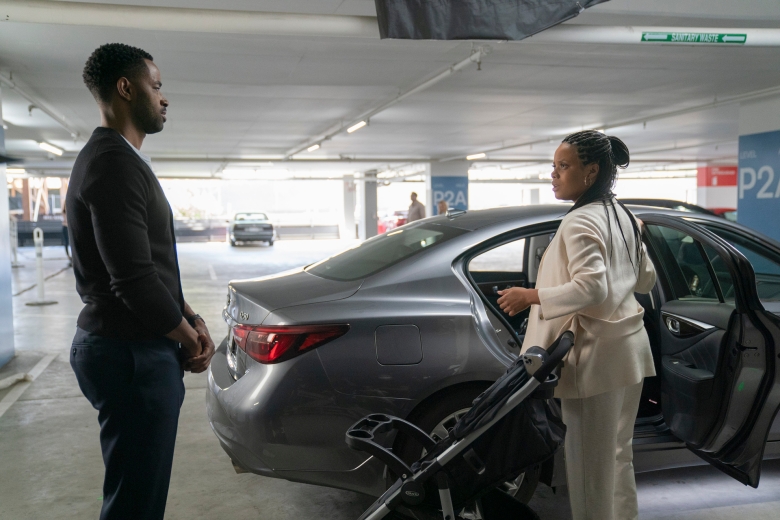 The series’ visual style always takes its first cue from its characters, but it’s characters aren’t always actors. “So much of the show is about being authentic to the places that we’re at and being authentic to the style of the show and of the characters and of South LA,” Berkofsky said, and the location is a character in its own right. “We’re always thinking about how do we bring more place sense of place into the show, because it’s only 30 minutes. So it’s not like we can have these extra long sequences [featuring South L.A.], but how do we weave it into the fabric of the characters in the show,” Berkofsky said.

Much of the weaving comes out of a collaboration between the show’s cinematography and production design to shoot through richly layered spaces, and this detailed elegance is part of what makes the show’s locations feel so desirable, and so much like a home you’d want to live in, too. “We all love to layer space, but, like, I can’t shoot without layered space. And [production designer Kay Lee and set decorator Amber Haley are] really good at providing it and really good at shaping it. It’s one of those things that has come from getting to work together for a little while,” said Berkofsky. “[Haley] knows I’m gonna love this block of color and I’m gonna land there and find that she’s already given me the perfect thing to shoot.”

Also key to how “Insecure” has created such a vibrant version of South L.A. is the camera’s eye for detail, blink-and-you’ll-miss-them shots that help establish new locations and often either introduce or sum up its vibe. “The rule is you get at least three still life [shots] that describe the place, describe the character, describe something and are within the personality of the show. These little pieces are important. They’re little story moments,” Berkofsky said. 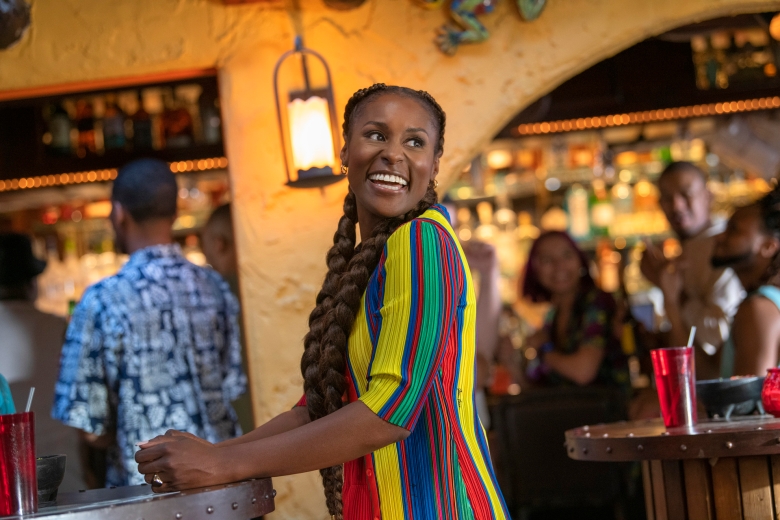 Reflecting back on what they’ve learned over the course of making the series, Berkofsky’s eye ranges from the minute to the large-scale. They’ve demonstrated the level of nuance about how to light different skin tones that should be the industry standard; and that there’s no one way to do it, other than with a clear point of view for the story you’re telling and the characters within it. But they’ve also learned over the course of working on a long-running series to make time on the schedule for the little pieces that give a series its personality, like those still life shots. “We used to try to just sneak it in here or there, and we would manically be running around A Camera, doing something else, and I’ve stolen B Camera to go do [insert shots] but then there’s no DP on the A Camera, [because I would be] over there, micromanaging the shots. And so now for Season 5, and the second half of Season 4, we just committed.”
Click to expand...

news Peacock’s ‘Bel-Air’ Is Already on Its Fourth Showrunner

news The CW’s ‘Stargirl’ to End with Season 3