For some filmmakers, winning an Oscar marks the start of a new chapter. For Sebastián Lelio, it was the end of one.

In 2018, when the Chilean filmmaker won the Best International Feature award for his beloved trans character study “A Fantastic Woman,” he was emerging from a whirlwind of projects: He had already shot his first English-language feature, the British lesbian romance “Disobedience,” and was nearly finished with production on “Gloria Bell,” the English-language adaptation of his own 2013 midlife crisis crowdpleaser “Gloria.” With four movies in five years, Lelio had established himself as one of the most celebrated Latin American filmmakers working today and successfully brought his penchant for engaging, female-focused character studies to English-language audiences.

“It was this big episode of my life where a lot of things happened,” Lelio said in an interview with IndieWire over Zoom from his apartment in Chile. “The pandemic times were an interesting moment to pull back from the hyper-demanding period of my life and think about what I wanted to do for the next few years.”

That opportunity came with “The Wonder,” a Netflix-produced drama starring Florence Pugh, which adapts Emma Donoghue’s 2018 novel about an English nurse in the Irish midlands assigned to look after an 11-year-old “fasting girl” in the 1860s. The movie attempts many layers at once: It’s an elegant period piece akin to “The Crucible” about the corrosive impact of religious fervor, a fourth-wall-breaking interrogation attuned to the era of disinformation, and a winning showcase for Pugh that proves her current Marvel shenanigans haven’t eclipsed her penchant for tricky material. “In a certain way, this is my first film after the Oscar, and there are a lot of reasons why it could have gone wrong,” Lelio said. “But I found cinematic pleasure in that challenge.”

In Lelio’s sensitive, enigmatic treatment of the material, Pugh plays Lib, the nurse in question, as she comes to grips with her unusual assignment: Rather than caring for the girl (Kíla Lord Cassidy), Lib must simply watch her as her condition slowly deteriorates to determine the cause of the ailment. While much of the small-town Catholic community insists the girl’s survival is a miracle, Lib wrestles with the medical urgency of the situation as she attempts to solve the mystery of the young woman’s condition before she dies. Shot on the outskirts of Dublin with “The Power of the Dog” cinematographer Ari Wegner bringing a rich tapestry of greens to the rural landscape, “The Wonder” unfolds as a kind of spiritual mystery with Pugh’s nurse as the detective at its center. 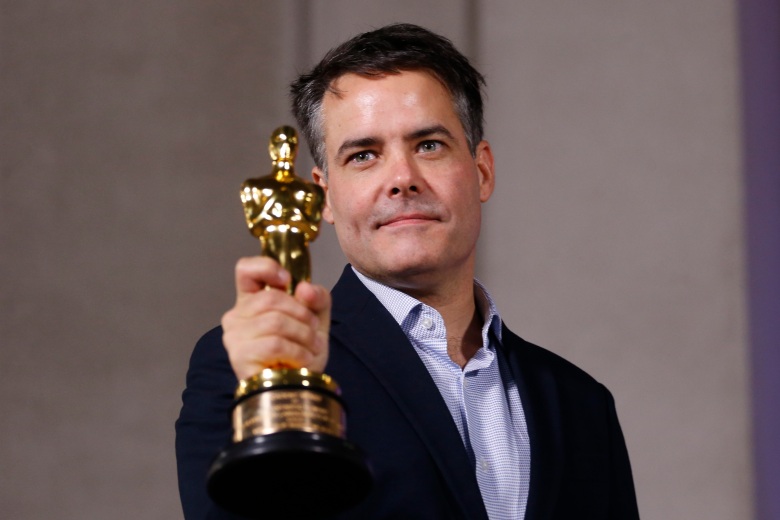 Sebastian Lelio wins the Oscar for “A Fantastic Woman”

“The Wonder” went into production last fall, and Lelio’s recent credits helped him secure Pugh in the immediate aftermath of “Black Widow” and “Hawkeye,” not to mention the reportedly troubled production of “Don’t Worry Darling” earlier in the year. “The Wonder” was the ultimate palette cleanser. “I knew of Sebastian’s work before meeting him,” Pugh explained via email from the “Dune 2” set in Europe. “It’s always a thrill when you know how intriguing and beautiful a director’s eye is before working with them.”

It also helped that, while Donoghue adapted the initial script from her own novel, the latest version that went to Pugh was co-written by Lelio and Alice Birch, who also wrote the dark drama “Lady Macbeth” that gave Pugh her breakout role in 2016. “Alice was very happy when Florence signed on,” Lelio said. “She is an actress who brings a great level of interpretation to her roles. She makes you want to be on her side. You feel invited into a film because of her magnetism and strength.” The screenwriters did another pass when Pugh signed on. “We had to rethink the script in a way,” Lelio said. “The energy of the scenes were redefined by her presence.”

Lelio himself first encountered the story of “The Wonder” when British producer Ed Guiney (“Room”) passed it along after they worked together on “Disobedience.” At the time, Guiney was already developing the project with co-producer Tessa Ross. Lelio said he was able to related to the central premise in unexpected ways. “I really connected with the experiences of Lib as an unwanted foreigner arriving to a place where she has to face all these people,” he said. “She thinks the journey has to do with her work, but it’s much stronger, more intense, more life-changing than that.”

As he turned over the premise in his head, he thought about how the Irish town, which is recovering from years of famine, suddenly becomes obsessed with the plight of a girl who can live without food. “It’s a really poetic idea,” he said, “and it requires a level of precision that I was willing to try.” 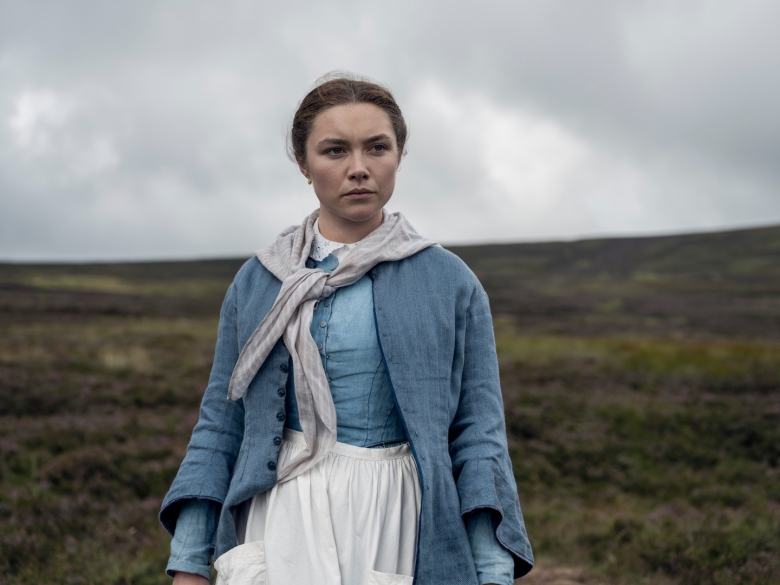 He chipped away at Donoghue’s draft to craft a greater subjectivity around Lib’s mindset as she works through the situation. While attempting to befriend the girl and keep the town’s intrusive councilmen at bay, Lib also forms an unusual relationship with an investigative journalist (Tom Burke) who shares her skepticism about the situation. The script evolved to better convey Lib’s sense of responsibility as she realizes the danger facing her young patient.

“There is a lot of thinking going on, so I really wanted the viewer to feel like her thoughts were palpable,” Lelio said. Pugh said she found it challenging to dial back Lib’s discomfort with the religious standards around her, recognizing that the character couldn’t always express her contempt for her surroundings. “Lib was an incredibly realistic and open-minded character to play,” she wrote. “While that was easy morally to understand, it was also tricky to find that balance. The instinct for her to push back had to be tame and discreet, which is always tricky for me.” She was pleased to find that Lelio encouraged her to keep searching for a subtle middle ground. “We felt very connected the moment we met,” she wrote. “I felt very safe and heard instantly.”

Lelio was additionally compelled to heighten the sense of worlds colliding in the movie — the idea that every perspective can be informed by ingrained biases — and chose a risky device to bookend the film. “The Wonder” opens with an obvious film set as a voiceover explains that the movie is about to begin. The filmmaker said he was inspired by everything from “The Woman Next Door” to Jean-Luc Godard’s “Contempt” in his effort to establish a meta component to the movie. “The suggestion is that this is artifice, and you will believe in this artifice, and you will forget that it’s there,” he said. “For me, that’s a key element for this film, because it’s about the collision between systems of belief — the Catholic system and the scientific system, rationalism crashing against religion or magical thinking. The girl is somehow trapped at the center of this story, and Lib is trying to free her from it.”

The world-building was aided by Wegner, who had just finished production “The Power of the Dog,” another small-scale period piece in which people maintain secrets about their true feelings due to the restrictions of their time. “I consider her a co-creator,” Lelio said. “We created this provisional rock band where Ari was one of the main players. She’s a great artist. I had been moving towards more designed approaches to filmmaking, more controlled. This script has elements of psychological drama, suspense, and it really required a defined cinematic language. I was hoping to make an elegant film, but was in awe of how far Ari could take that visually.”

Lelio said the production pushed him to think in broader terms than the aesthetic limits of his previous works, most of which are more straightforward. “There’s something dreamlike about this whole thing,” he said. “That excited me as an artistic problem.”

Now, he’s back to considering a few different projects, including one that would bring him back to Chile. (“Bride,” a genre-bending feature he’s attached to direct for A24 with Scarlett Johansson set to star, hasn’t even gone into pre-production yet.) “I want to keep exploring different challenges, new territories,” he said. “I think this new film shows that hunger.”

“The Wonder” premieres at the 2022 Telluride Film Festival. It opens theatrically in November and streams on Netflix in December.
Click to expand...

news From ‘Oppenheimer’ to ‘Dune: Part Two,’ Here’s Where to See Florence Pugh Next