The morning after the Oscars, “CODA” producer Philippe Rousselet was ready to get some sleep. “In the last few weeks, as long as we were in the challenger’s seat, I was perfectly fine,” he said. But after a string of wins, “you start losing sleep, you go from the challenger’s seat to almost the frontrunner. And, if we lose, we’re going to be the losers overnight. When we had already won so much.”

Now, more people than ever will see “CODA,” which returns to theatrical release April 1 after winning Oscars for writer-director Sian Heder for Adapted Screenplay, Troy Kotsur for Supporting Actor, and Best Picture. “Today the movie is being seen everywhere,” said Rousselet. “People are very much aware of the movie. I have about 550 text messages this morning.”

AppleTV+ plunked down $25 million to acquire the small drama, a number theatrical distributors couldn’t justify when the pandemic closed theaters. The movie not only fit the Apple demo — family-friendly, accessible, inclusive — but also played as a soft lob to mainstream Academy voters.

With eligible Academy voters growing to nearly 9,500 since #OscarsSoWhite in 2015, there’s been a jump in voters who only vote for Best Picture. That’s one reason why “The Power of the Dog,” which scored 12 nominations on the strength of its production values, couldn’t win the 10-picture preferential ballot on craft and international support alone.

Here’s why “CODA” swept past its rivals. 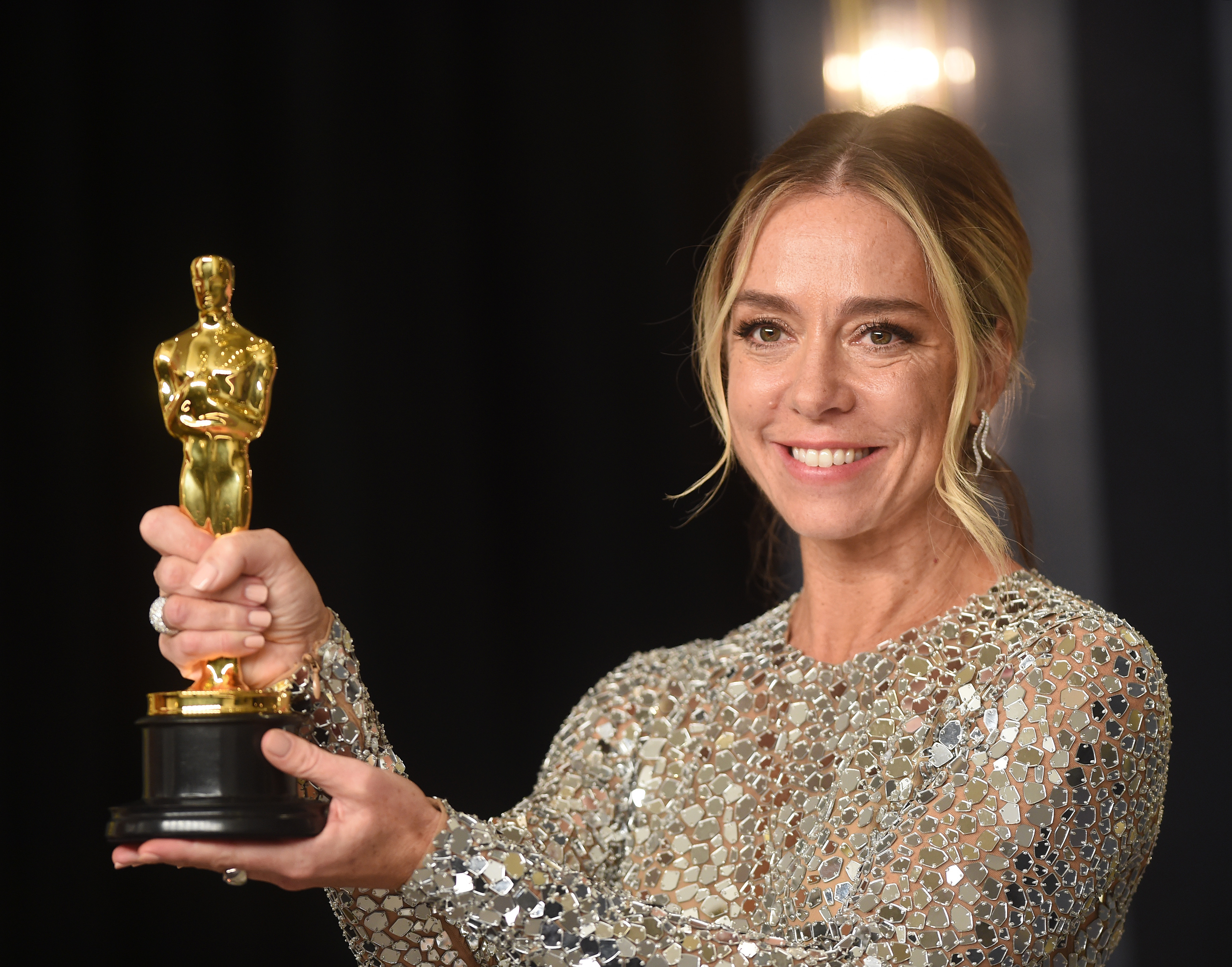 1. The movie was based on a proven success.​

After the original 2014 film “La Famille Belier” became a massive hit in France, Rousselet sold the remake rights to his old pal Patrick Wachsberger at Lionsgate. When Wachsberger left the studio, Rousselet bought back the rights and the two reteamed.

A veteran TV writer and showrunner (“Orange is the New Black,” Apple’s “Little America”) who made her directorial debut with the 2016 drama “Tallulah,” Heder pitched Lionsgate on moving the setting to the beleaguered fishing community in Gloucester, MA., where she summered growing up. The script impressed the producers so much that they hired her to direct as well. 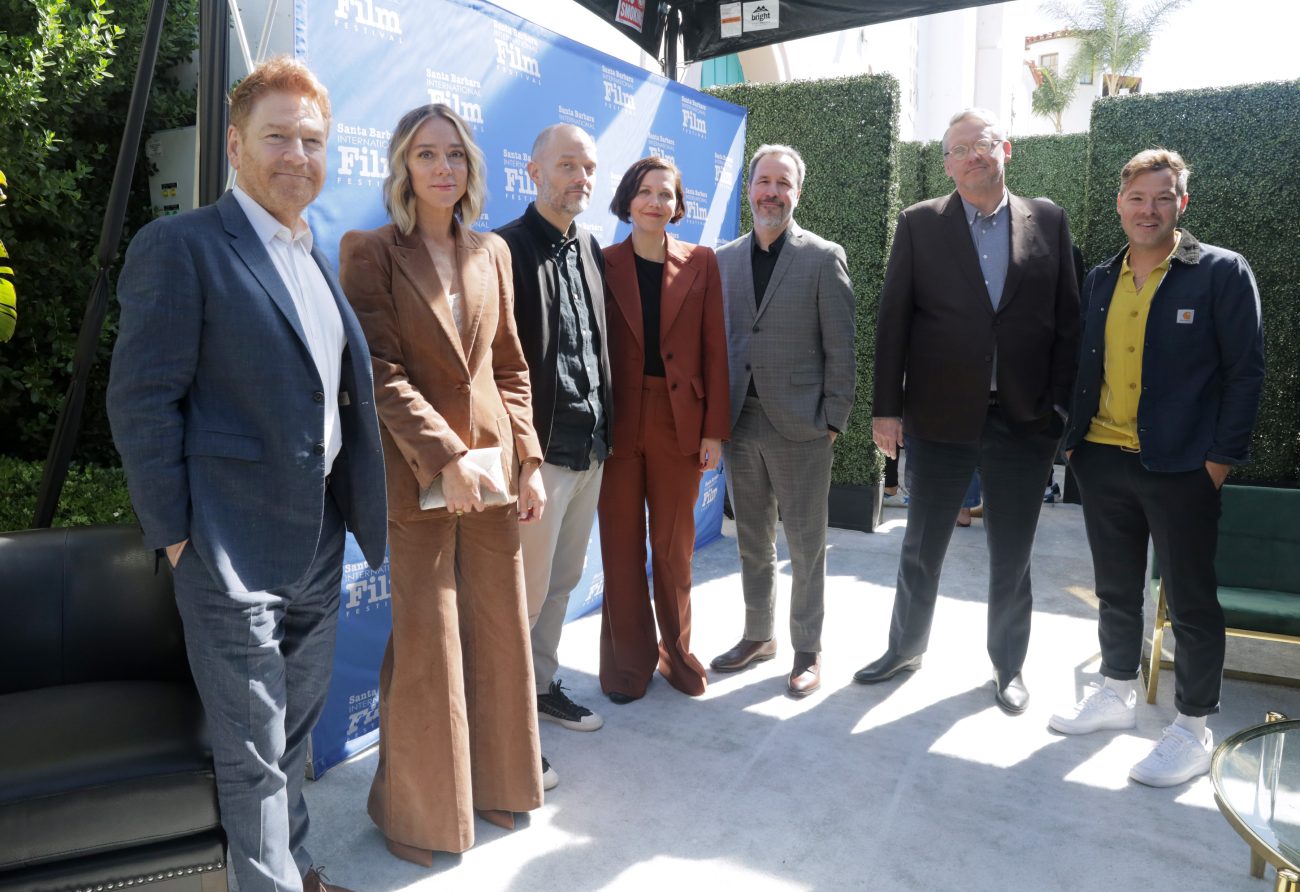 “It’s frustrating being an independent filmmaker, that you’re supposed to run out and get movie stars in your movie and that’s how your film gets financed,” Heder said backstage on Oscar night. “I would rather see the movie die and never get made than get made the wrong way. Yes, I stuck to my guns and there was a long time when I thought ‘OK, because of what I believe and because of how I feel this movie should be made, it’s never going to be made.’”

Heder learned American Sign Language before production and figured out how to translate her words into living, breathing sign language that was often funnier than the original, especially in Kotsur’s expressive and improvisatory hands. “That was a delight, to sit there and realize that the potential for humor in sign language is vast,” Heder told me last August, “because it is such a visual language.”

4. AppleTV+ committed to an Oscar campaign when they bought the movie.​

Rousselet said Apple presented its awards strategy before the film’s August 13 release with “all the ideas, what what they wanted to do, with all the divisions working together, between marketing, international, theatrical, and video,” he said. “We could tell from the beginning that it was going to be a film that they were going to really fight for.”

That energy delivered the first-ever Best Picture win for a streamer. Apple’s marketing team, led by Rita Cooper Lee, brought in a village of canny Oscar campaigners, from Terry Curtin to Strategy PR — and screened the hell out of the movie.

“We completely understood from day one that the best selling point for ‘CODA’ is the movie itself,” said Rousselet. “When they came up with the first images for the campaign, they really got it. They were not flashy art posters. It was just pictures of the family on the truck in front of their house. They really went for the authenticity of the movie, and didn’t try to oversell it.” 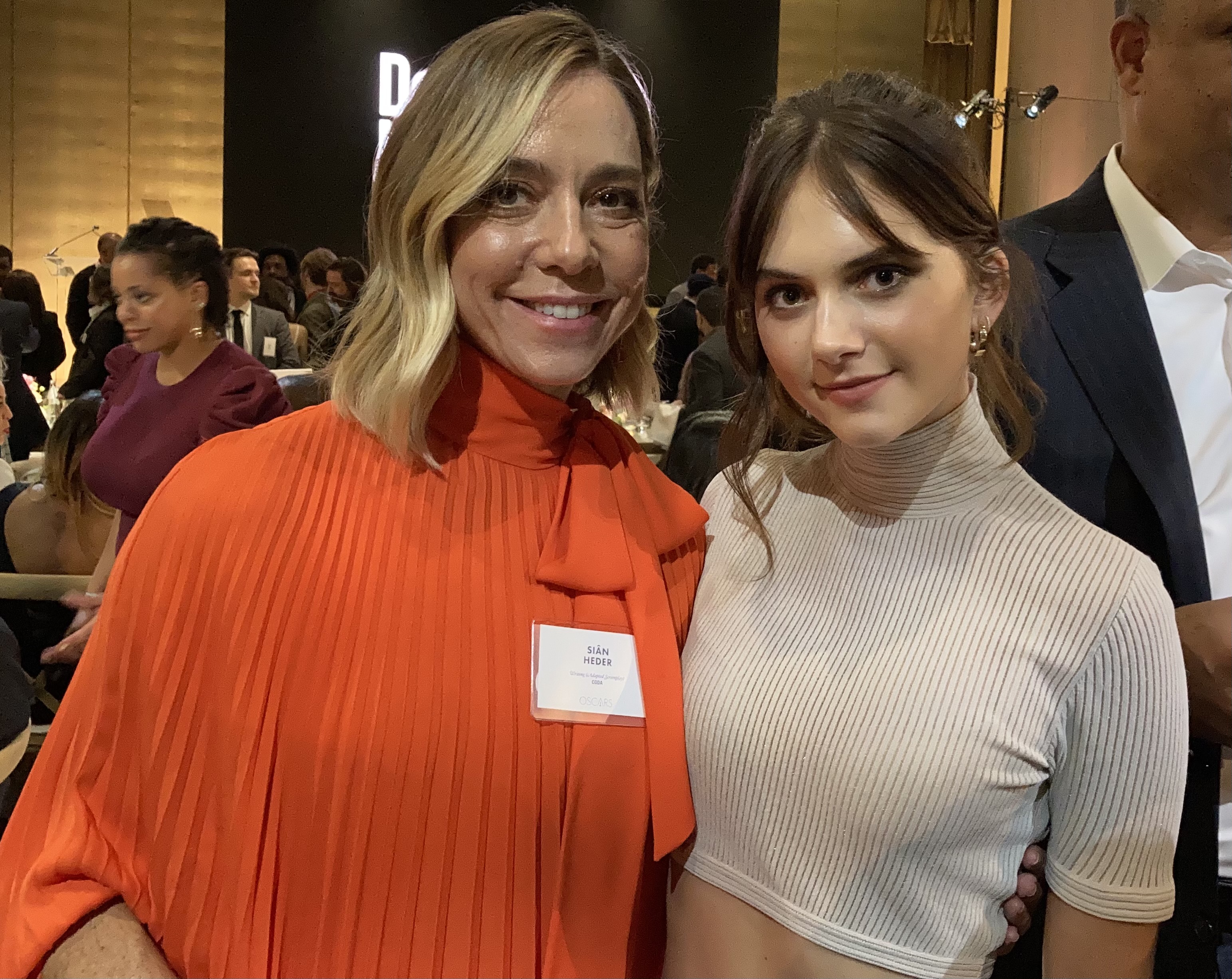 Two years ago, the turning point for eventual Best Picture winner “Parasite” was landing a SAG nomination for Best Cast. Hollywood started paying attention and going to screenings. When the movie won the award to resounding cheers, that set the table for Oscar night.

“CODA” followed the “Parasite” playbook. Rather than focus exclusively on nominees, Apple campaigned the cast as family with the first deaf Oscar-winner, Marlee Matlin, Daniel Durant, Eugenio Derbez, and Emilia Jones. After the film became a must-see following its SAG wins for Ensemble and Kotsur, and with its BAFTA and WGA Adapted Screenplay and PGA wins to follow, “CODA” was the fresh horse that came from behind to overtake flagging frontrunner “The Power of the Dog.”

The “CODA” gang was relentless: panels, social media posts, direct emails. Voters fell in love. Oscar campaigner Michele Robertson compared the film’s goodwill surge to “The Full Monty” and “Argo.” “When you have that magic group of people doing the rounds,” she said, “it’s infectious.”

Inside the ballrooms of the SAG Awards, the BAFTAs, PGAs, and Critics Choice Awards, support was palpable. Outside them, people talked about the film and rooted for its success. Momentum and timing are everything at the Oscars, but so is capturing the zeitgeist. Oscar voters wanted a movie that touched their hearts. They admired “The Power of the Dog” for its craftsmanship, but “CODA” made them cry.
Click to expand...