news ‘Better Call Saul’ Review: ‘Nippy’ Says a Bitter Hello to the Future and the Past at the Same Time

At this juncture of “Better Call Saul,” the biggest unanswered question might well be “What does this guy have left to live for?” And that’s not just true of Gene Takovic (Bob Odenkirk), firmly entrenched in his third distinct identity of the show’s run. That question has effectively become a virus spread to everyone now wrapped up in his monochrome Omaha existence. This mustachioed suburban crime savant may not have a proper answer, but as has been his fallback many a time before, money can be a pretty decent temporary substitute.

At long last, “Better Call Saul” gives a resolution of sorts to the cabbie mystery that’s been lurking around the edges for a season-plus. Turns out that the Simpsons fan/minor-league baseball enthusiast did recognize Gene from his Saul days and wants some financial consideration in exchange for his silence. It’s to both the Cinnabon manager’s and the show’s credit that this hour doesn’t just become a “will he/won’t he” hour. Instead, it becomes a bittersweet reminder that you can take the Saul out of Albuquerque but you can’t take the Albuquerque out of Saul.

Right off the bat, this episode is a casting coup, introducing the promised Carol Burnett as Marion, the latest of Gene’s ulterior motive friendships. Continuing the “Better Call Saul” tradition of marks with their own full lives before falling into a sprung trap, she’s got her usual rounds at the grocery store (purveyor of fine Schnauz Farms products) and a solid relationship with her son Jeff (Pat Healy). Much as Burnett signals a sense of TV gravitas and dignity, anyone who’s seen “Cheap Thrills” knows that Healy doesn’t tend to bring characters who bring a lot of good news with them. Once Jeff confronts Gene and wants in on whatever kind of moneymaking scheme built Saul Goodman a tiny desert paradise, the “Nippy” game is truly afoot.

Like the noted degradation of the opening credits sequence, Gene’s methods seem to be more flagrant than his predecessors’. Cutting the power on an electric mobility scooter is just the first step in a chain of events that also puts men in shipping boxes, involves an entire blueprint recreated in an open field, and hinges on someone not turning his body for a few minutes straight. Not even a well-cooked meatloaf could atone for a few of those.

Whether or not this is the last “Better Call Saul” chance at regaining some of the fun that left multiple people buried underneath an in-progress meth lab, it’s an efficient reminder that this show never needed life-and-death stakes to be mesmerizing. Episode writer Alison Tatlock helps dole out the tiny breadcrumbs to Gene’s overall plan, letting the viewer suss out the importance of what he’s timing in the security room before he ever says it outright. “Saul” and “Breaking Bad” vet Michelle MacLaren has a handle on how to do the same visually, from the match cut of Gene walking the Cottonwood Mall Lancaster’s floorplan as he’s marking out the length in its snowy replica, all the way through to Jeff running around reciting rhyming mnemonics. Even the wry touch of using “Mission: Impossible” music for the montage of Gene bringing desserts to the security center is in line with this season’s love of ‘60s-era instrumentals. (Tony Dalton isn’t the only Lalo making a significant contribution to the show this year.) 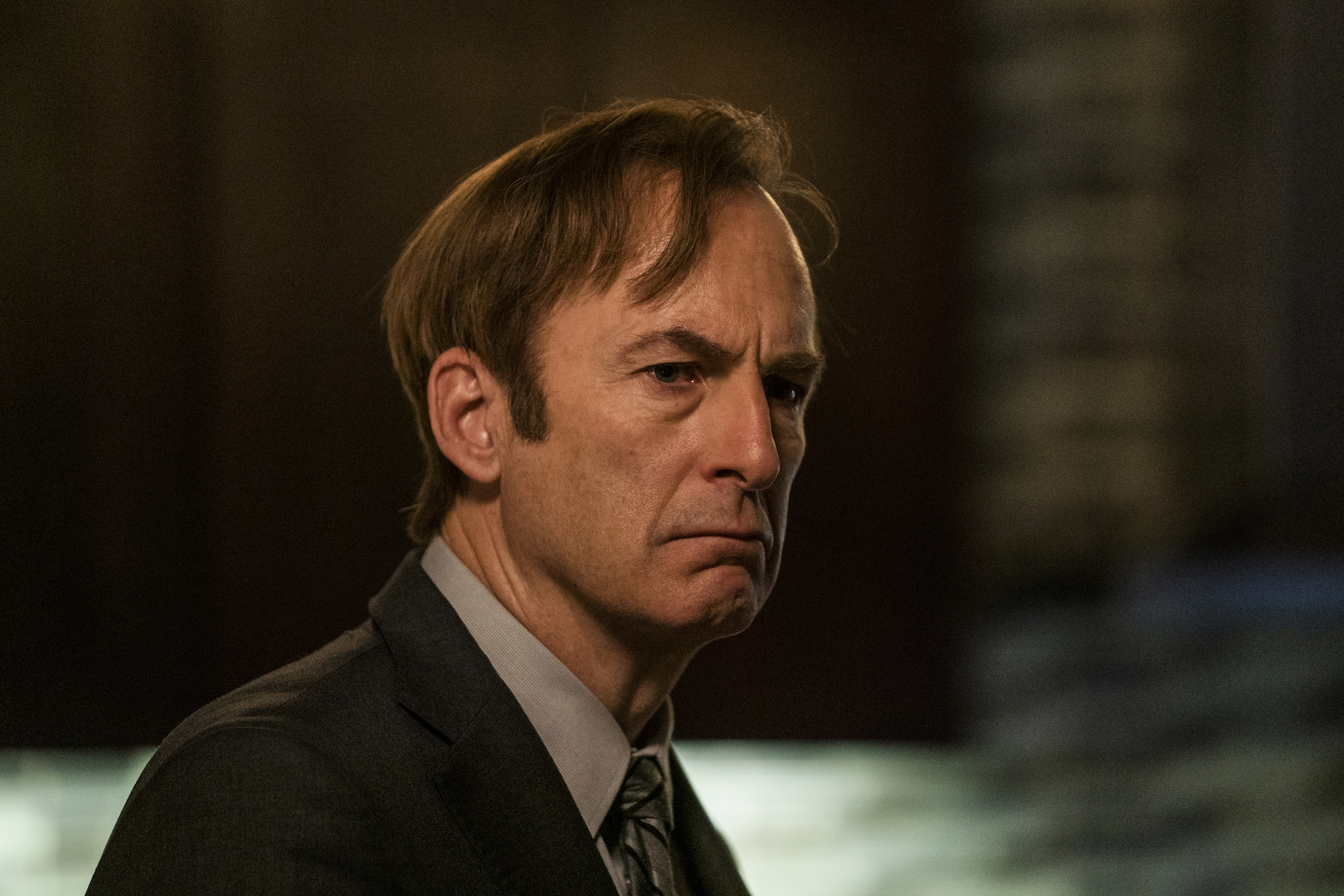 Yet, this could all still easily feel like a rehash, a creative team victory lap after just landing last week’s emotional hammer blow. What elevates “Nippy” is that collection of one-on-one scenes with Frank (Jim O’Hehir, another pitch-perfect casting choice), culminating in the conversation on heist night. One of the constant Jimmy McGill tricks was feeling like he could chop it up with any of his potential clients or targets (often, they were both). There was no topic too outlandish, no piece of arcana too obscure for him to pull out of nowhere and forge some tiny bit of connection. Here, you get the sense that Gene of 2010 is not an expert in the intricacies of Big 12 football and would just as soon assume that Bo Pelini was a celebrity Food Network chef and not on the Huskers hot seat. It doesn’t take much, but showing that tiny bit of shoe leather of Gene brushing up on his Nebraska history only underlines the fact that his schemes are all-consuming. Meticulous down to the last detail, an ideal match of series and main subject.

All of that is prelude to a rare moment where the classic Jimmy fakery merges with something genuine. In an attempt to distract Frank from the sight of Jeff lying unconscious on the freshly buffed floor, Gene launches into a sob story meant to prey on Frank’s good-natured empathy. He’s playing it for a sappy audience of one, but the sentiments are true even if the emotions aren’t. What he’s saying about being isolated and left alone, for once, isn’t an act. Within seconds of Jeff vanishing out of sight of the security cameras, Gene is the ghost he just prophesied himself to be, bolting out of Frank’s office to have a deep, bittersweet exhale. Odenkirk plays that mixture awfully well as usual, even if the sight of him adjusting to see each new camera feed does undercut a little bit of that magic. Overall, though, it’s a sad realization that toying with felonies is pretty much all he has left to give his life meaning.

In some ways, “Nippy” feels like a second pilot, the kind of self-contained risky adventure that would have instantly plopped an audience into a gritty underground Nebraskan crime world of “Lean on Gene.” Or else, it feels like the “Granite State” of someone else’s show, with Odenkirk filling the Robert Forster role, a wily vet offering his one-and-done services before slipping back into obscurity. It shows what Gene is willing to sacrifice, how far he’s willing to distance himself from the act itself, and how much he’s prepared to set the ground rules so that no one really gets hurt (aside from a giant department store’s bottom line and Frank’s cholesterol levels). There’s something rich about the former Saul Goodman preaching to someone about overreaching, but he’s at the point where he’d know better than anyone.

Because as much as Kim (Rhea Seehorn) doesn’t physically appear in this episode, she’s there in spirit right at the end. As Gene arranges that garish combination of dress shirt and tie patterns, he’s toting a Kansas City Royals bag. Whatever celebratory finger guns are happening here are all internal, hidden from the world like the billboard-plastered life he left two states away.

“Better Call Saul” airs Mondays at 9 p.m. ET on AMC and is available on AMC+.
Click to expand...