news As ‘Pose’ Prepares Its Final Walk, the Future of QTBIPOC Film and TV Looks Bright

The arc of the moral universe may bend toward justice, but it needs a little boost here and there. In the case of Black LGBTQ media, a few watershed moments shot through the culture more like a geyser than a sprinkling of incremental change: When “Orange Is The New Black” introduced the force that is Laverne Cox, when “Moonlight” won Best Picture, and when “Pose” premiered on FX.

Heading into its third and final season next month, the New York City ballroom scene drama — set in the late 1980s to early ‘90s — broke records from the jump. Its 2018 premiere marked the most transgender performers as series regulars in scripted television history, and they were all of Black or Latinx descent.

“‘Pose’ was a game-changer. Centering trans women of color in their own stories, in front of and behind the camera, has not only impacted the industry, but impacted communities and saved lives,” Fawzia Mirza, a filmmaker and actor whose queer romance “Noor & Layla” debuts at Outfest Fusion this month, wrote in an email to IndieWire.

As “Pose” prepares to deliver its final flourish — sure to be full of impeccable looks and high-kick drama — what is the future of LGBTQ storytelling by and about people of color?

“[‘Pose’ creator] Steven Canals shopped that pilot around for a long time before it was bought and made,” said Mirza. “How many other great unmade shows are out there? How many exceptional scripts are sitting on executives’ desks? ‘Pose’ blasted open a door to show that Black and Brown, trans and queer people should be acting in, writing and directing their own stories. Look at the magic that can happen.”

But without co-creators and executive producers Ryan Murphy and Brad Falchuk, Canals might still be shopping around the “Pose” pilot. There’s a huge gap between independent filmmakers churning out good work on micro-budgets and the few lucky ones — like Canals or Lena Waithe — who get singled out and given the keys to the kingdom.

Outfest Fusion, which is dedicated solely to showcasing work by QTBIPOC filmmakers, is hoping to help bridge that gap. 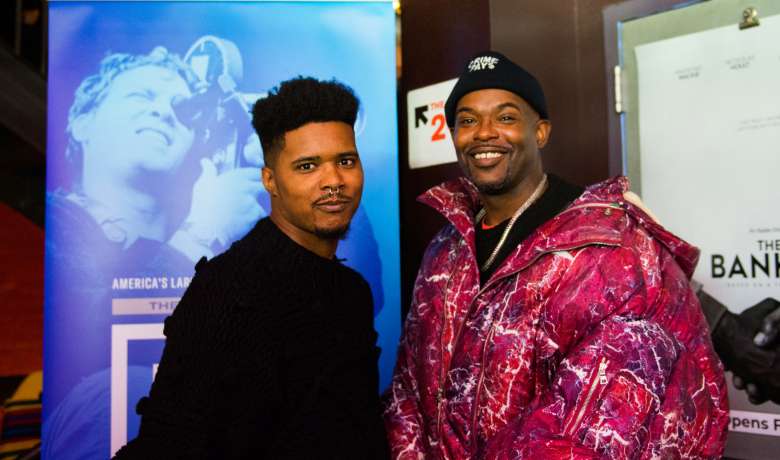 “Outfest Fusion was my first time playing a movie in Los Angeles… Having that community and that support has been instrumental to my growth as a filmmaker,” said Elegance Bratton, a queer Black filmmaker whose documentary “Pier Kids” portrays homeless queer and trans youth of color who hang out on New York’s Christopher Street Pier. “Pier Kids” went on to play DocNYC, New York’s leading non-fiction film festival, and will soon announce a release with a well-known documentary distributor.

“[Outfest Fusion] is really focused on making sure these filmmakers of color and these films about people of color played beyond access. So I was able to get plugged into the whole festival circuit,” Bratton said. “They’re champions for your voice.”

But showcasing the films is only the first step in Outfest Fusion’s stewardship.

“It’s more around trying to break in, career-climbing,” said Outfest executive director Damien Navarro in a phone interview. “The gap that exists between your first film and getting picked up. And that’s what we’re trying to focus on. In the door and then supporting them throughout their entire career. What does it take for filmmakers to break in these days and then to sustain themselves there?”

What it takes is “consistency and visibility,” according to Navarro. Especially when the traditional access points like low-paying assistant jobs and pricey top tier film schools are unavailable to many filmmakers of color. 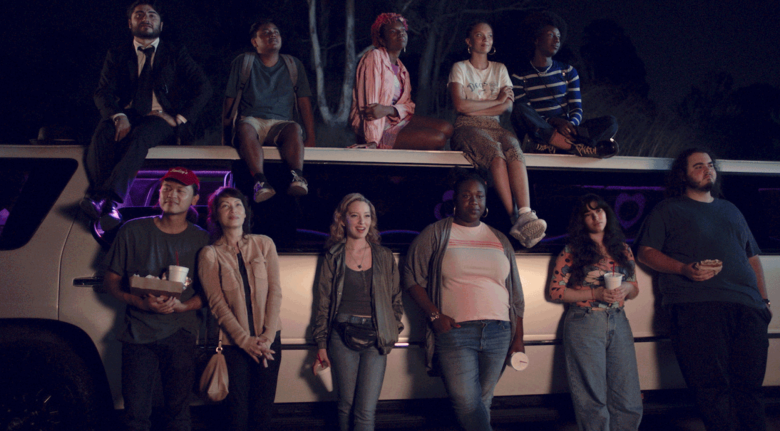 “That seat at the table…you don’t realize how many barriers are already in place,” he said. “It doesn’t matter how great your portfolio is, if you don’t come from within that Hollywood community, you don’t get that seat.”

Even for those who are already at the table, having the confidence to write or direct can feel like a huge leap for queer people of color. Though she’s been a working actress for 15 years with leading and recurring roles on shows like “Parks and Recreation,” “Abby’s,” and “Dead to Me,” even Natalie Morales experienced a little impostor syndrome before diving into directing.

She’s getting ready to share her directorial debut with the world — the Hulu comedy “Plan B” — which follows two teenage girls who have 24 hours to hunt down the contraceptive in America’s heartland. Morales has described it as a typical teen quest movie, in the vein of “Superbad” or “Booksmart,” except with two brown girls in the leads. Just as she did when she came out publicly in 2017, Morales is hoping greater visibility can affect real change throughout the industry.

“A lot of people have been like, ‘Your stories are also valid. Your experiences are just as valid.’ And that was not something I grew up thinking or knowing because all I had ever seen in TV and movies was primarily a white man’s experience,” Morales said.

Morales dove head first into changing that; she actually has two directing projects coming down the pipeline. In addition to “Plan B,” she directed and stars in “Language Lessons” with her friend Mark Duplass, who also wrote, produced, and stars. The film world premiered at Berlin, won an audience award at SXSW, and is eyeing a fall release from Shout! Studios. The story follows a man (Duplass) who forges a unique bond with his Spanish teacher (Morales) after unexpected tragedy strikes.

“”At the beginning of my career…everybody saw me and Latina girls as the best friends or the snarky character in the office…but they’re never the main characters,” said Morales. “I started directing and I started writing because I knew that my friends and I should be cast in those parts and could be, and I knew no one else was making it happen.”

LGBTQ people of color were not only the main characters on “Pose,” but the writers, directors, producers, supporting characters and background talent, too. (I saw this with my own eyes on a set visit in 2019.) “Pose” not only changed Hollywood and launched many careers, it changed the way the world sees Black and brown trans women launched many careers. “Pose” will be sorely missed, but its legacy lingers on.
Click to expand...

news If Everything’s a Little Bit Gay, What Happens to Queer Film and TV?