I will be shooting a live discussion between three people for a corporate-style video and wondered if anyone had advice on camera placement. The participants will be arranged in a triangle, as below, but this is flexible. I have three cameras and will only be using natural lighting. I need to be able to cut between each participant, ideally without seeing any camera equipment in shot. Is this even doable? Any advice would be greatly appreciated.
Thank you. 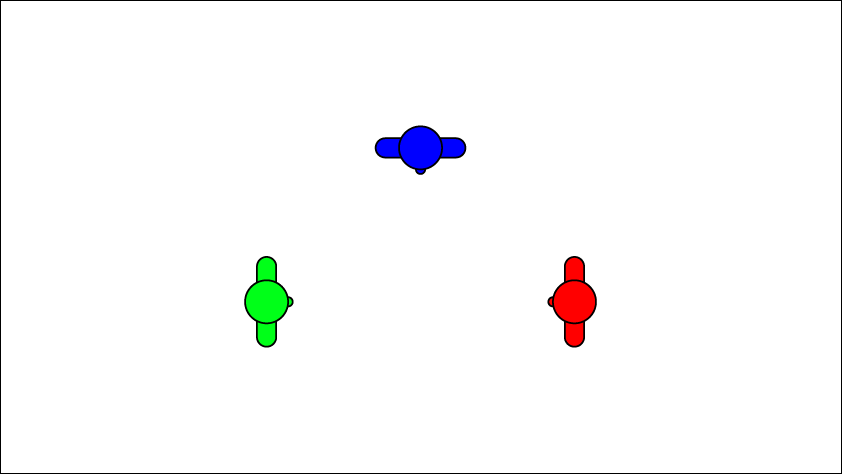 Sort by date Sort by votes
A

Open them up to camera just a bit. Typically, when I’m running a 3-person interview or panel with 3 cameras, I keep a wide dead center, then use long lenses on the other two cameras for coverage. You can assign one coverage cam to one person (camera L, for example) and the other to cover between two (center + R). This means you always have the wide to cut to when you need it. 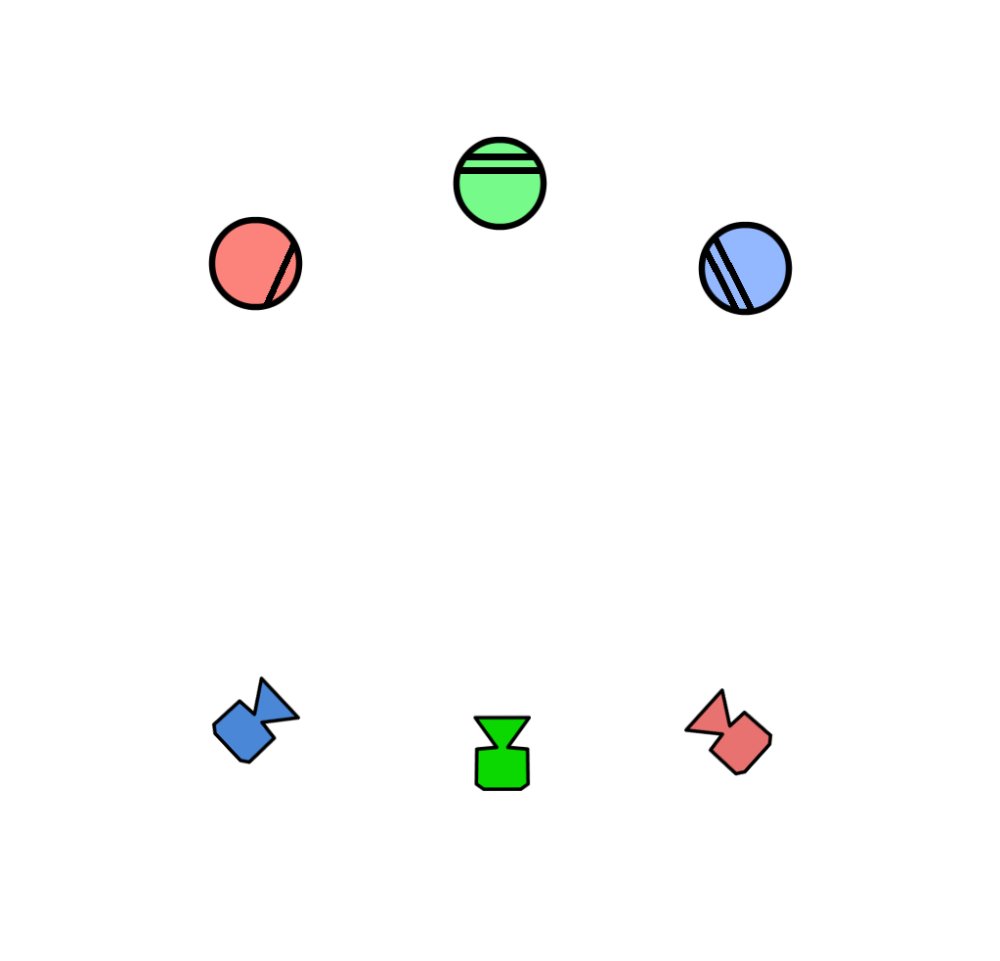 AcousticAl said:
Open them up to camera just a bit. Typically, when I’m running a 3-person interview or panel with 3 cameras, I keep a wide dead center, then use long lenses on the other two cameras for coverage. You can assign one coverage cam to one person (camera L, for example) and the other to cover between two (center + R). This means you always have the wide to cut to when you need it.

Might be too late, if you've already shot this discussion, but if not (or for future readers of this thread) here are some additional points to consider:

First of all, using only natural lighting will present certain challenges that should not be ignored. Unless the space is set up in such a way as to smoothly diffuse that "natural" light around the room, your participants are going to be lit/in shadow in different ways. Our eyes and brains take this into account when we're following such a discussion in real time, but your individual cameras won't. Unless you take steps to "fix" it, when you review the footage later, it might look like it was recorded in three different locations!

Also related to the problem of natural light: in an indoor environment, it's typically quite weak, meaning you'll have to use a wide aperture (or high iso) to get good exposure. If you opt for the wide aperture, this will reduce your depth of field - even more so if you're combining that with long(er) lenses. An interview subject who gets very animated during the discussion could easily take themselves out of the focal plane at some point.

The phrasing of your initial query suggests that this is a three-way conversation on equal terms, rather than one person interviewing two others, and both your and @AcousticAl 's set-ups adopt the left-centre-right configuration. That's very "traditional" - especially if one person is there to act as a "referee" between left and right ... but not necessarily the most interesting, and (if you study news footage) rarely used by professionals for non-confrontational discussions. This modified arrangement might be more appropriate, where Blue is guiding the discussion, but Red and Green are doing most of the talking. The red and blue cameras would positioned so as to give an over-the-shoulder/under-the-elbow angle shot the corresponding party, which helps to remind the audience that these people are talking to each other and not to random points off screen!

With this kind of arrangement, you could shoot an introductory piece with one of the cameras in a preliminary position, just to get the establishing shot (maybe including a pan from Blue to Red and Green as the parties introduce themselves, or are introduced by the host). 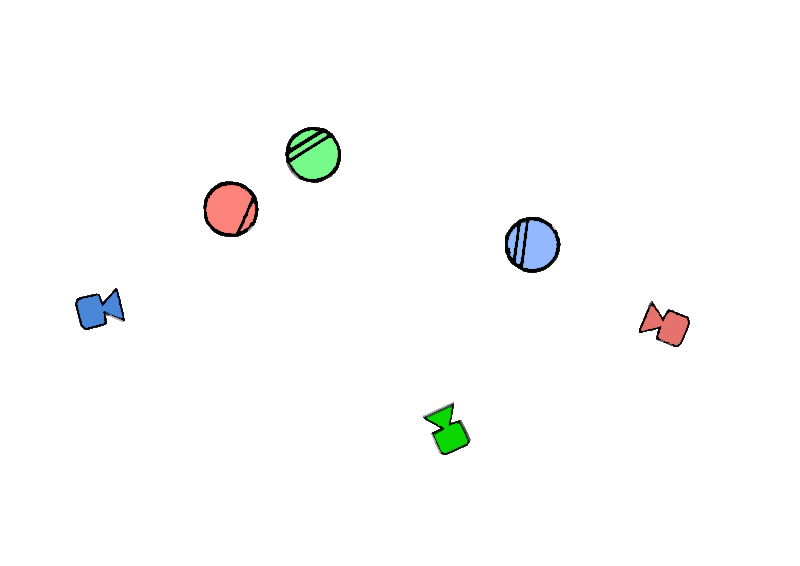 indieBIZ
As an audio guy, how are you handling the sound?
Filmmaking is the art of the invisible;
If anyone notices your work, you haven't done your job right.
Upvote 0 Downvote
You must log in or register to reply here.