Actress Anne Heche was declared legally dead at 53 this week after suffering severe burns following a collision in Los Angeles. Among her recent roles was “Catfight,” in which she starred alongside Sandra Oh as two women in a series of physical altercations over the course of many years. The film’s director, Onur Tukel, sent this reminiscence to IndieWire.

If anyone deserves to write a tribute to Anne Heche, it certainly isn’t me. I don’t have the depth or talent to capture her essence. If Shakespeare were alive, maybe he could do it. Her life was certainly Shakespearean. I could recount the tragedies and dramas that have plagued her life but you can learn that on your own. She wrote a memoir about it. And certainly, you’ve heard the stories: how her father sexually abused her and later succumbed to AIDS, how she was raised in a cult, how her brother died by suicide, her exile from Hollywood, her strange ecstasy trip that landed her in a stranger’s home. Now, there’s the final act, her untimely death after exploding in a large ball of fire.

It’s the stuff of legend. For anyone who knew Annie, maybe it’s no surprise that this is how she went out. She was a beautiful inferno.

But she was also an artist. A very brilliant artist. Yes, in my opinion, she was a bit mad, but aren’t all the greats a little crazy? At least, that’s what you’re labeled when you don’t play by the rules, when you don’t stay in line and behave yourself. People call you insane, especially when you’re a woman.

I had the privilege of working with her on a movie called “Catfight.” In one scene, her character Ashley Miller beats the hell out of her nemesis Veronica Salt (Sandra Oh). When we shot her close-up, we placed a pillow in front of her and told her to punch it wildly, like she’s completely lost control. The DP, Zoe White, set up the shot and with my producer Gigi Graff by my side, I called “action.” 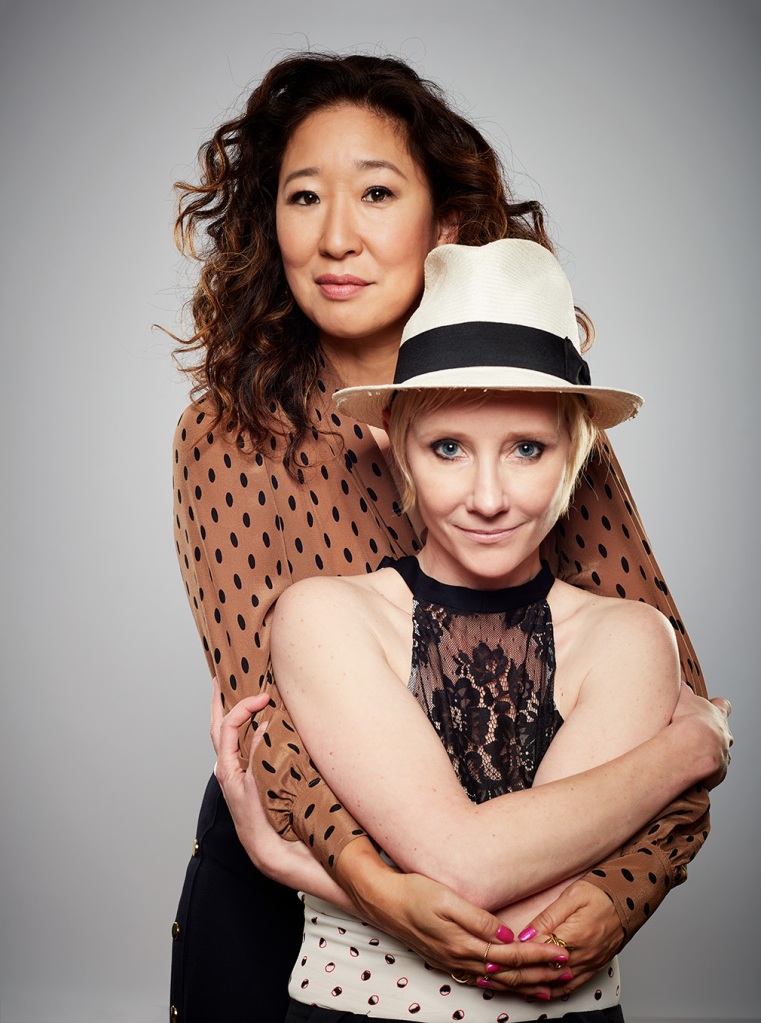 Annie sent her fists into that fucking pillow like someone possessed. Tears erupted. Her face twisted. Whatever pain she was feeling seemed to be real. Maybe too real. It didn’t feel like acting. When she got up and walked away, I called “cut” and the crew exhaled cathartically. That happens on a film set sometimes: You film something authentic and there’s a collective sense of purpose in the room, like you’re making something magical, transcendent. I walked up to Annie after the take and the tears were still there. I asked her what was going through her mind as she punched that bag. She smiled at me and said, “I’m not going to tell you my secrets.”

I didn’t know Anne Heche’s secrets. But I do know she was a brilliant actress and human being. We were together for two weeks on the set of “Catfight.” Throughout the shoot, there was laughter and stories and cigarettes and cocktails and it all felt like a grand celebration. Of life. Art. Madness. That’s the beauty of filmmaking. It’s all make-believe. Ethereal. An escape from reality. And that was what it always felt like hanging out with Annie. We stayed in touch and had plans to make other things together, but it wasn’t to be.

One night while we were partying in LA, she told me there was no reality, that this was all a simulation or it was predestined or something to that effect. I can’t remember exactly because I was plastered. She could have been fucking with me, but coming from Annie’s lips, it seemed possible. If anyone had knowledge about “the other side” it would be Anne Heche. Now she knows. I love you, Annie! Always will!
Click to expand...

news Louise Fletcher Dies: ‘One Flew Over the Cuckoo’s Nest’ Oscar Winner Was 88